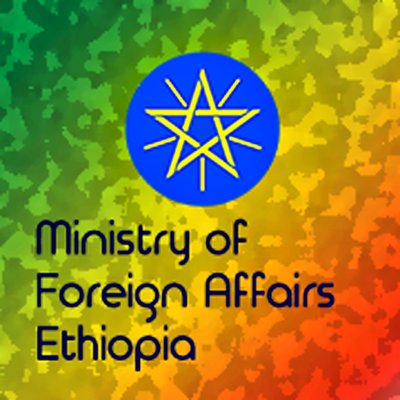 Addis Ababa, November 13, 2021 (FBC) – The Government of Ethiopia has denounced the announcement of the United States yesterday to impose sanctions on the State of Eritrea.

In a statement today, the Ministry of Foreign Affairs said the US has failed to consider that TPLF fired rockets at a sovereign country, Eritrea, following its unprovoked attack on the Northern Command of Ethiopia’s National Defense Forces on November 3, 2020.

The statement added that “it is the sovereign right of the Eritrean Government to respond to imminent danger to its territorial integrity and security.”

According to the Ministry, the Government of Ethiopia has never lodged any grievances to the international community regarding the initial presence of Eritrean forces on its soil in defense of their territorial integrity.

The prerogative to put forth such a complaint lies with the Government of Ethiopia and not any other country.

The Government of Ethiopia does not believe that the State of Eritrea is an impediment to sustainable peace in Ethiopia. The real and present threat to peace in Ethiopia and the Horn of Africa region is the continued belligerence and aggression of the TPLF.

In the statement, the Ministry reiterated that the international community’s reluctance to strongly condemn the destabilizing roles of the TPLF has emboldened the terrorist group.

“If the purpose of sanctions is to compel parties to cease their destabilizing actions, the Ethiopian Government strongly believes that the real target for sanctions and further tougher actions by the US Government and the greater international community should be directed towards the TPLF,” it said.

The Ministry finally called on the US to rescind its decision to impose sanctions on the State of Eritrea and to take actions against the real root cause of the current challenges in Ethiopia-the TPLF. 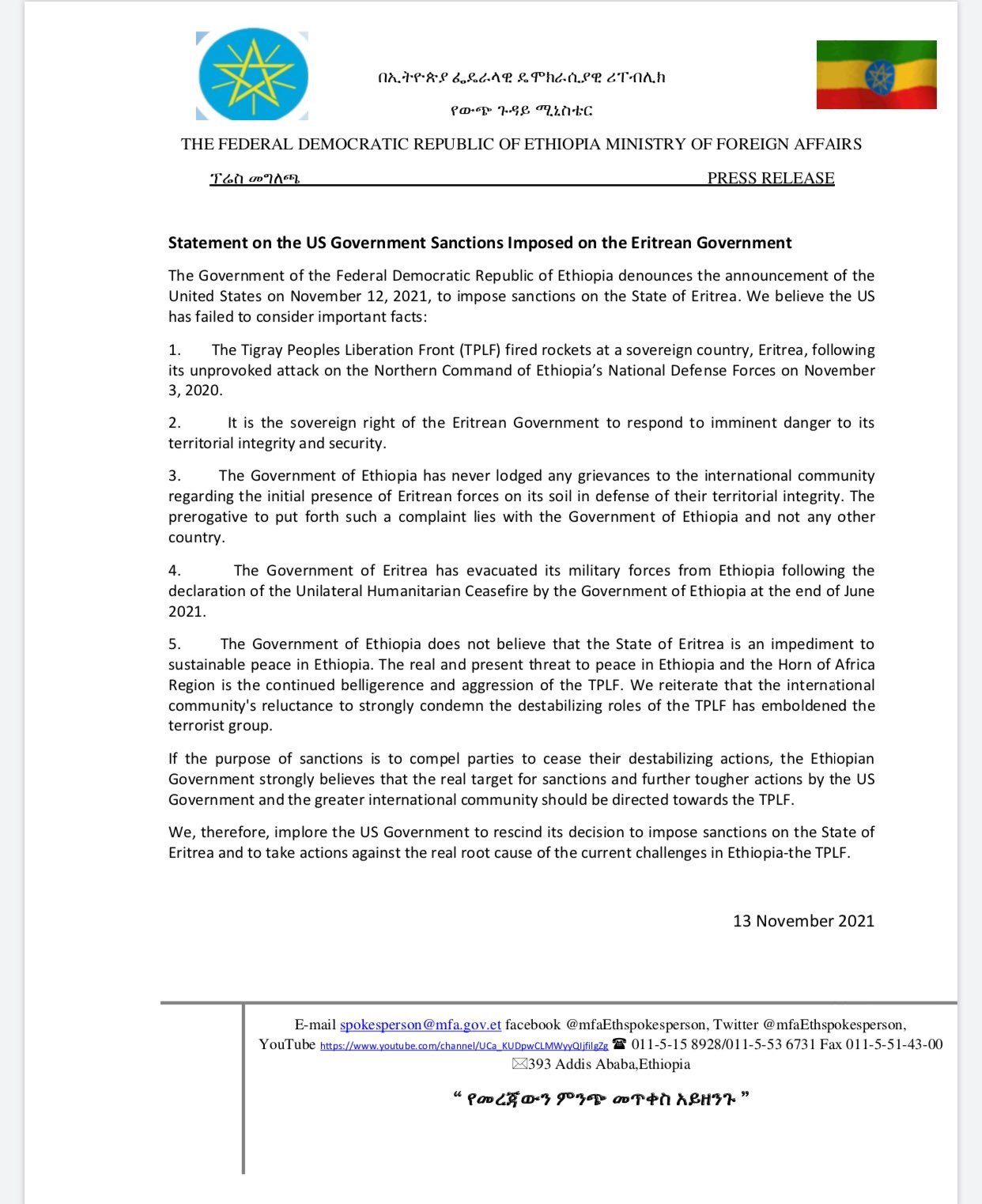