The United Nations (UN) is facing new scandal as Tigrayan-TPLF rebel leader is seen hiding in a prefabricated container house often used by UN agencies like WFP. Sources also say the marxist TPLF head Debretsion Gebremichael’s recorded speech might have been from a shipping container in Tigray or a temporary housing, storage facility utilized by American and other humanitarian organizations. 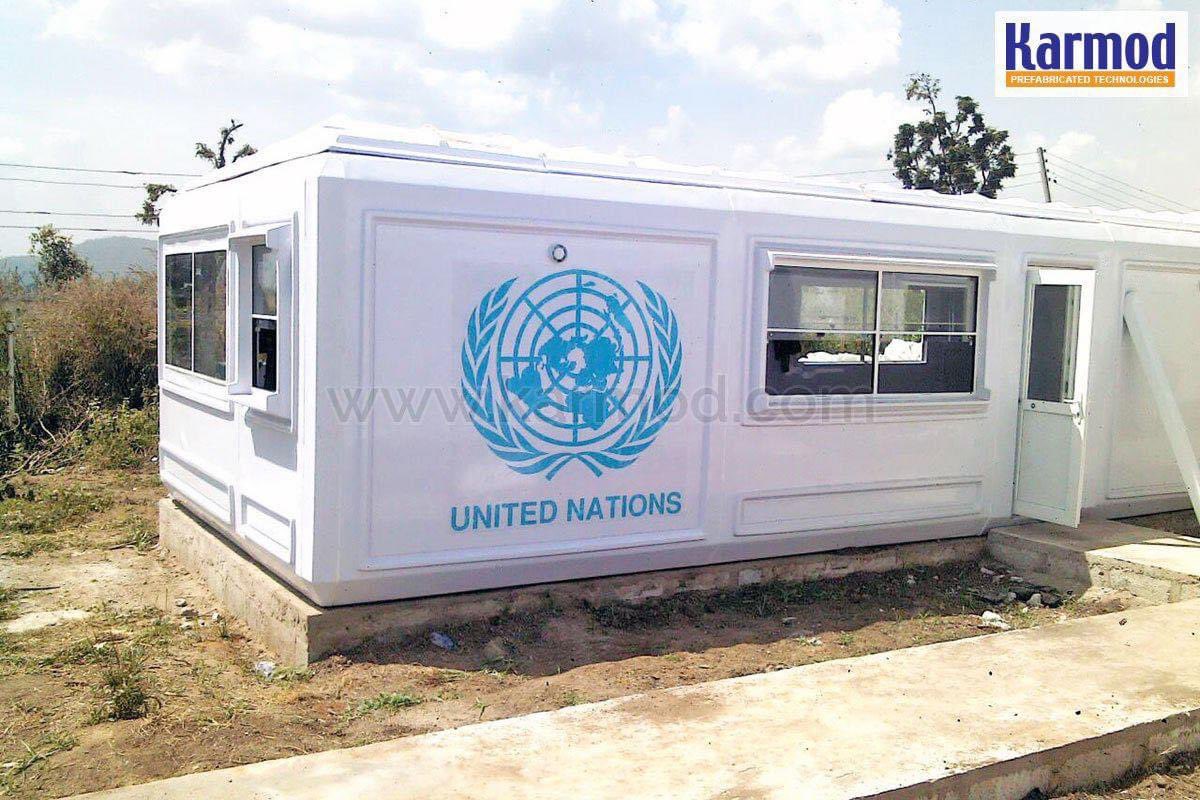 As the Ethiopian government increases airstrikes at militant and TPLF targets in Tigray, various rebel leaders are increasingly hiding in civilian infrastructures like schools and Western staff shelters, employing a human shield tactic. However, there has been no condemnation from top UN officials against this illegal practice by the rebel leadership.

It is unlikely the UN leadership will condemn this TPLF act since New York & Geneva based higher officials have already fired outspoken regional UN officials Maureen Achieng and Dennia Gayle who became whistleblowers against improper conduct from its higher echelons. The UN whistleblowers (interviewed by Canadian historian & writer Jeff Pearce) accused some western actors of colluding with TPLF rebels, including to inflate data for OCHA publication.

Sources in Ethiopia say Debretsion’s usage of a UN-Western temporary housing is likely carried out intentionally and with the authorization of the Tigray-based UN staff. There has been established pattern of misconduct by Tigray-based UN representatives and staff. In a leaked audio, the outspoken UN officials had criticized that their UN representatives assigned to Tigray have gone rogue and take direct orders from Tedros Adhanom, the former TPLF leader who became director-general of World Health Organization (WHO). (Tedros was nominated and voted in for that job by the Ethiopian government and AU before his TPLF group decided to wage insurrection on Ethiopia in November 2020.)

This latest UN controversy comes as UN is already under fire for allowing the TPLF to suspend air delivery of humanitarian aid. Last week, UN aid spokesperson Stephane Dujarric admitted that the UN “received instructions to abort landing by the Mekelle airport control tower,” which is currently managed by the TPLF rebels. According to sources in Ethiopia, government airstrikes hit TPLF military storage and training facilities, however TPLF used these events as a justification to stop all aid flight arrivals into Tigray in order to pressure Western government to impose a “No fly zone” to protect TPLF military. Famous Tigrayans like journalist Hermela Aregawi have already condemned such rebel tactics that is prioritizing TPLF’s military objectives over the interests of average Tigrayans suffering from this war.

This devastating TPLF ban on humanitarian aid flights has prevented the Ethiopian government from delivering more aid and medicine directly to the Tigray city of Mekelle.

After spending months criticizing the delay of aid passing through the conflict zone of Afar region (which TPLF admitted invading), western officials like Samantha Powers and UN officials have refused to condemn TPLF’s blanket ban on all humanitarian aid flights from Addis Ababa to Mekelle, which had been the most reliable and consistent method of aid delivery for months. Such aid weaponization and TPLF embargo on aid is likely to increase the suffering and starvation of innocent Tigrayans who are held hostage by TPLF for refusing to be combatants for the rebels.