Eritrean President on a Working Visit to Sudan

Asmara, 04 May 2021- President Isaias Afwerki in the morning hours of today, 4 May, departed to the Sudan for a two day working visit. 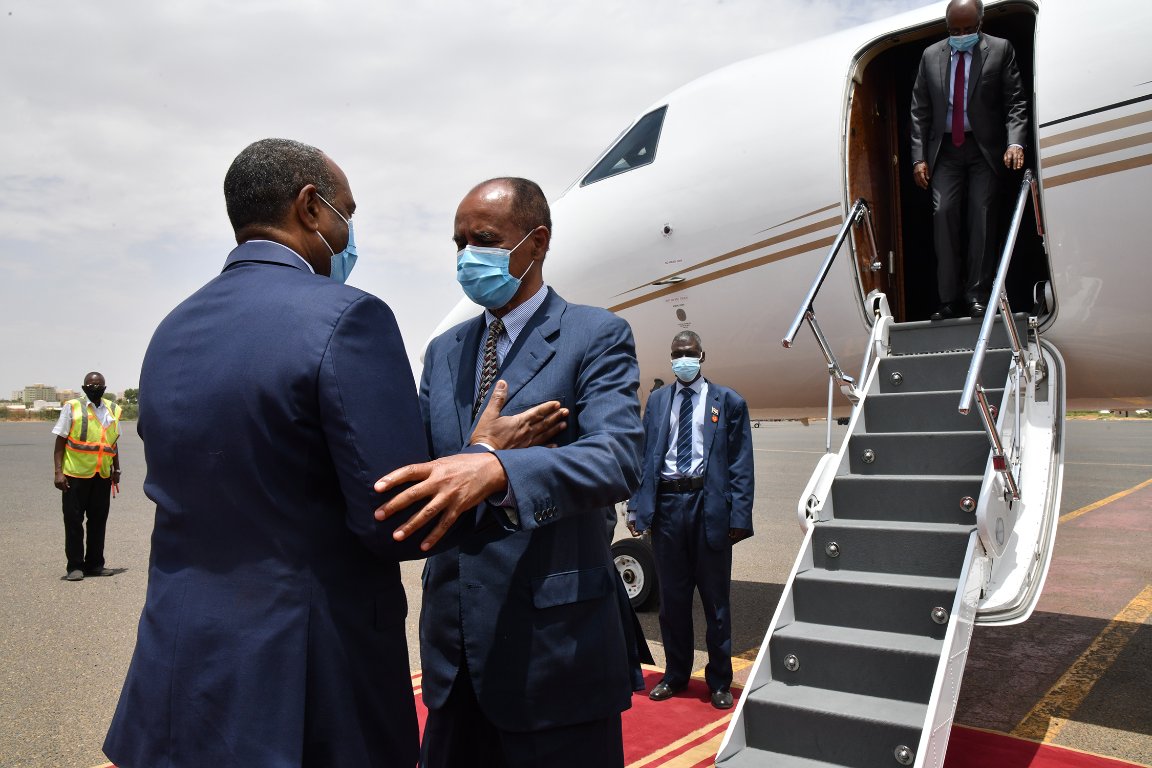 Upon arrival at the Khartoum International Airport, President Isaias and his delegation were accorded warm welcome by the President of the Sudan’s Sovereign Council, Gen. Abdel Fatah al Burhan, Foreign Minister al Sadiq al Mahdi and other Sudanese officials and dignitaries as well as Mr. Isa Ahmed Isa, Eritrean Ambassador in Sudan.

During his stay in the Sudan, President Isaias will discuss with Sudanese officials on strengthening bilateral relations and regional issues of interest to the two countries. 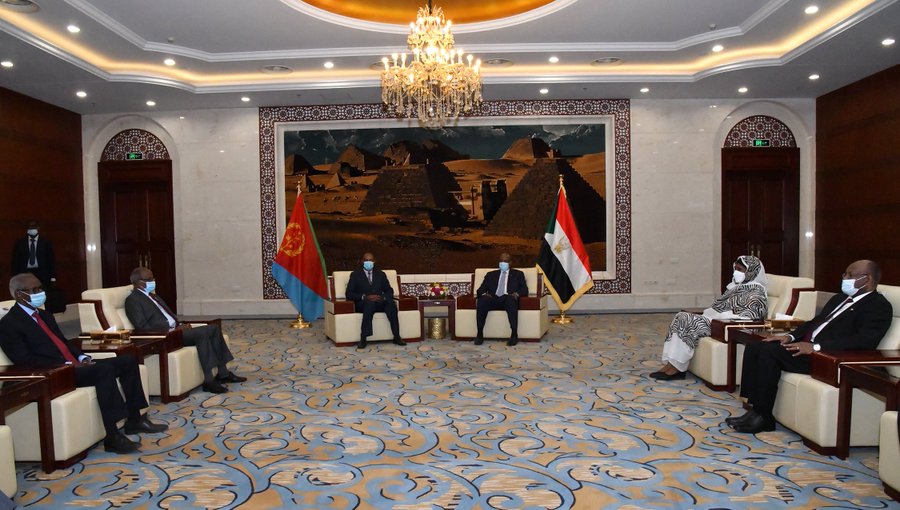 In their meeting at Aljemhuria State House in Khartoum this afternoon, President Isaias Afwerki and President of Sudan’s Sovereign Council, Gen. Abdel Fatah al Burhan, reaffirmed commitment of both countries to further consolidate their bilateral ties rooted on common history and shared values. 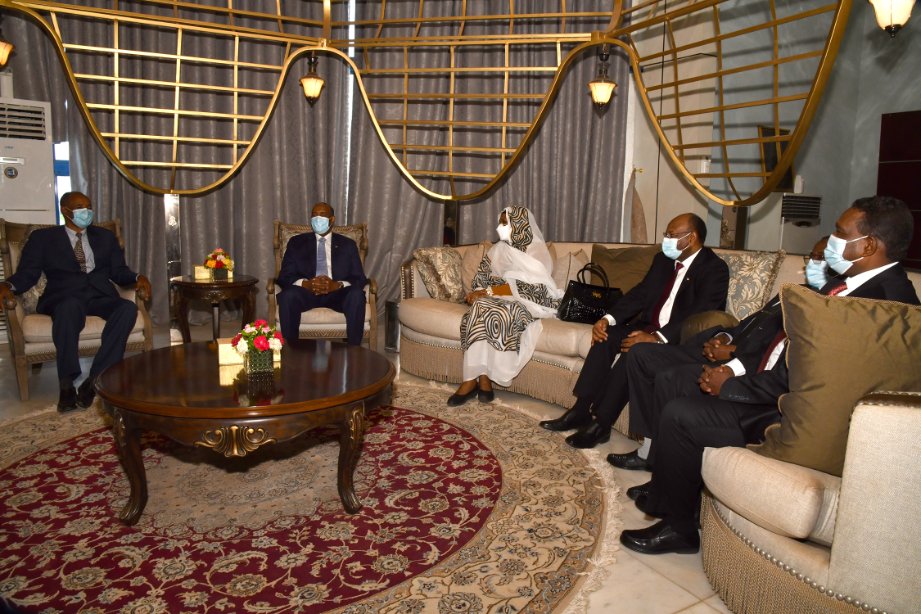 The two leaders further agreed to strengthen their efforts in the implementation of the Agreement of Cooperation reached between the two countries in the political, economic, social, security and military fields.

The two Heads of State further urged for continuation of the consultative forum launched by leaders in the region and which remains vital for bolstering bilateral ties through a wider, Horn of Africa, framework of cooperation. They also exchanged views on current regional issues. 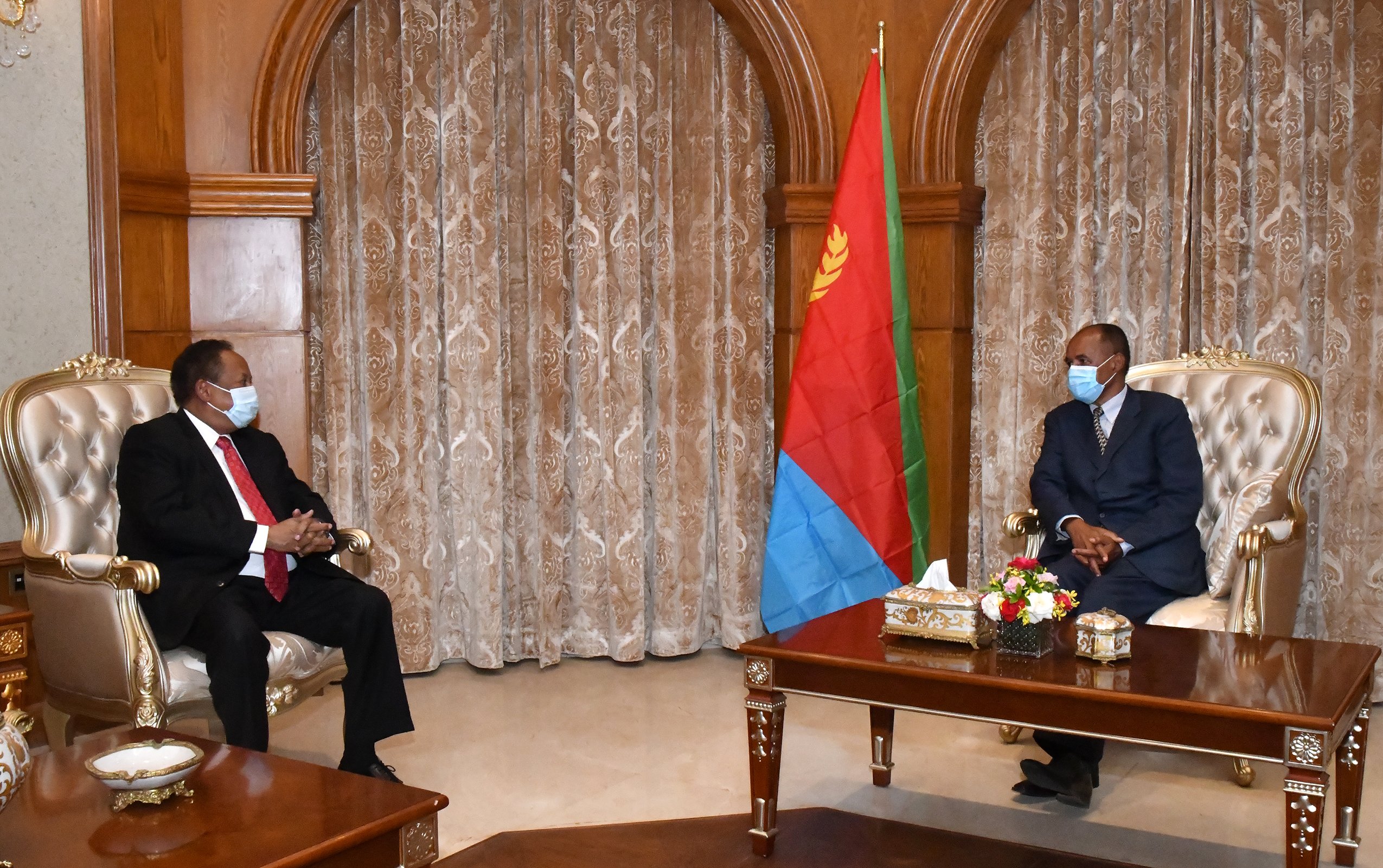 At their meeting in late afternoon hours today, President Isaias Afwerki and PM Abdella Hamdock emphasized the importance of regional integration in the HOA as the challenges that each country is grappling with are interlinked with and influences, developments in the other countries.

Pre. Isaias Afwerki and PM Hamdock further noted that such a framework will be critical for optimal utilization of the region’s huge human and natural endowments. They agreed to focus on few, concrete, projects to consolidate Eritrea-Sudan bilateral ties within the regional framework. 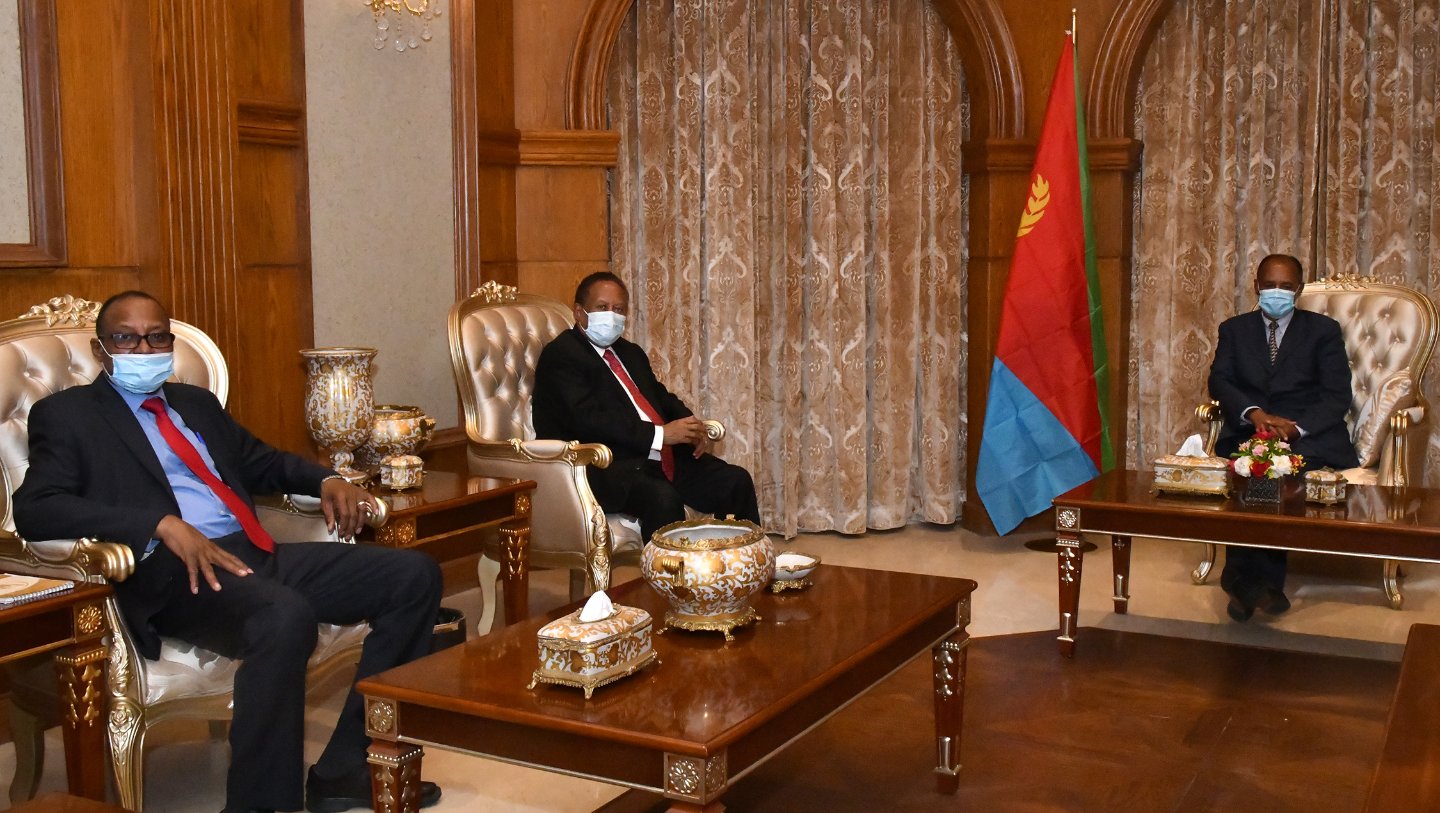