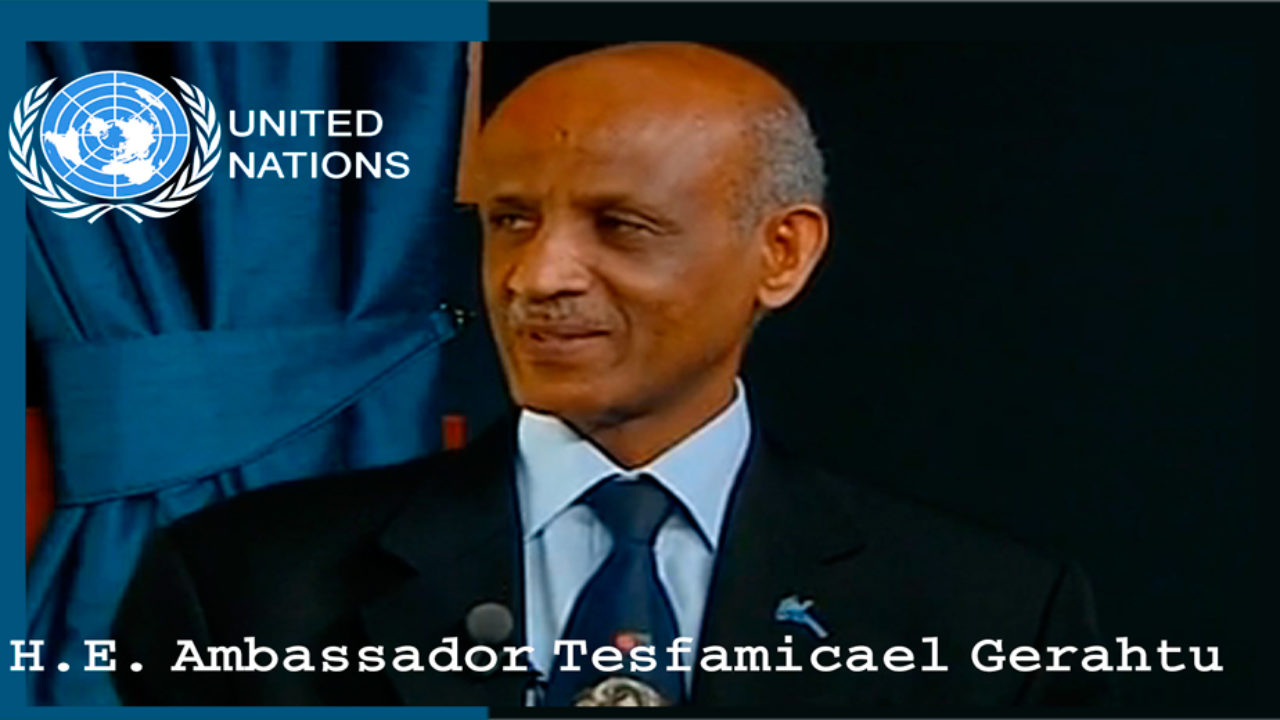 The oral report of the High Commissioner on Eritrea presented to the 46th HRC Session attempts to portray a dark picture and essentially repeat fallacious narratives advanced by the EU and certain countries.

In a way this is not new. Indeed, a core group of western countries have unfortunately made it a habit to sully the image and coerce Eritrea for reasons known to them. The crisis in the Tigray Region in Ethiopia is being used conveniently at this point in time as one element in the continuum of unrelenting smear campaigns of Eritrea.

Eritrea has earnestly worked to partner with the OHCHR, and to this effect, four OHCHR technical missions were conducted so far. Furthermore, Eritrea identified its own priorities for technical assistance (relating to Administration of justice, right of persons with disabilities and right to water). On the other hand, to expand the scope of cooperation and the benefits that accrue from the technical assistance offered by OHCHR, Eritrea decided, as a first step, to invite certain thematic mandates and treaty bodies. But these earnest requests fell on deaf ears.

Furthermore, the technical missions and the attendant reports of the OHCHR have never reflected the efforts and the outcomes gleaned in an adequate and balanced manner. In substance and intent, they seemed to blindly endorse or recycle the lopsided approaches and templates of the Special Rapportuer’s report. This is another indication that the OHCHR is not prepared to work as a partner to enhance ongoing technical capacities for the promotion and protection of human rights in Eritrea.

The allegations levelled by the EU and the OHCHR oral report of sexual violence, looting and other “crimes by Eritrea’s armed forces” are utterly baseless. These are alien and an affront to the history and culture of Eritrea and its military establishments.

In the smear campaigns focussed on Eritrea, the grave situation that unfolded in Ethiopia in early November by the massive, pre-emptive, attack by the TPLF clique on the largest contingent of the Ethiopian army continues to be routinely downplayed or totally ignored. One wonders whether Eritrea is being deliberately targeted as a scapegoat to deflect attention from the gravity of what was in store and potential regional conflagration that would have ensued had these reckless attacks succeeded. We have not also seen sincere attempts to re-examine the prudence of the unbridled financial and military assistance – to the tune of 40 billion US dollars – that were given to the TPLF regime in spite of policies of ethnic exclusivity and repression in Ethiopia and continued aggression and occupation of sovereign Eritrean lands in flagrant violation of international law.

These days, disinformation in the cyber domain remains the dangerous weapon left in the hands of the defunct TPLF clique. This is pursued, on a daily basis, through a frantic fabrication and recycling of fake news and photo-shopped images of events and narratives that never occurred. Certain media outlets – most of them hired by the TPLF clique in the past years – continue to be fully engaged in these unconscionable acts.

In the event, we request the OHCHR to refrain from making hasty decisions based on unaccounted and unverified allegations. Attempts to deflect attention from the high crimes perpetrated by the TPLF clique and downplaying its culpability will not, indeed, serve the cause of regional peace and stability.