Horn of Africa: Europe in the hands of lobbyists? The strange parable of Amb. Rondos 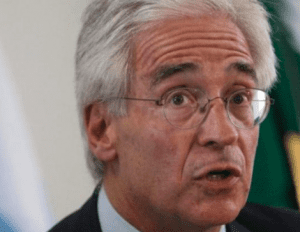 Who is Alexander Rondos? A little-known figure to international public opinion, this 67-year-old Greek ambassador is actually a very powerful person, having direct relations with practically all the European chancelleries. Until 31 August 2020 he was the European Union’s Special Representative in the Horn of Africa while now, in fact, it seems that he also works as a lobbyist in Brussels. And for whom will this diplomat, who since 1 January 2012, i.e. for eight years, has uninterruptedly represented European interests in one of the most strategic areas in the whole of Africa, work today? From the historic headquarters of the European Commission, the Charlemagne building, they say, requesting anonymity, that Rondos works for the Tigrians, the ethnic minority that has dominated and governed Ethiopia for 20 years and that now, after losing the elections, is plotting in the shadows to remove elected president and Nobel Peace Prize winner Abiy Ahmed from office. This is the same ethnic group that the last of the Tigrinya people in sight, Tedros Adhanom, the extremely powerful former Ethiopian foreign minister who was put in charge of the World Health Organisation by China, belongs to and secretly fights for.

Let’s be clear, being a lobbyist is not a sin, but it cannot be done when one holds an institutional position and uses his role to negatively influence the fate of entire populations for private interests. The issue to be addressed is transparency and possible conflicts of interest. In this specific case, Rondos does not seem unassailable. According to various diplomatic sources, the Greek ambassador has always had close relations with the Tigrians. Relations that led him first to convince the European Union to block funding to support Somalia and Ethiopia, then, thanks to his good relations with Koen Doens, the new director general of the Department of Cooperation and Development (Devco), to mount a strong ostracism to the application of the trilateral agreement between Ethiopia, Eritrea and Somalia signed in August 2018. 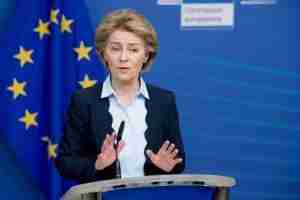 Well-informed sources explain that the relationship between Rondos and the TPLF (Tigray People’s Liberation Front) the Tigrinya party that ruled Ethiopia for 20 years and of which WHO Director Tedros was a major exponent, has ancient roots and is based on sound economic reasons. Listening to these sources, it would appear that Rondos has strong interests in the oil sector, especially in Kenya and Somalia. In particular, it is explained to us that Rondos would be in fact partner of the former Prime Minister of Somalia, Hassan Khaire, who is now running in the upcoming elections for the presidency of Somalia but has a past in the oil sector, as he was a director of the British oil company “Soma Oil & Gas” until 2017.

From the long-standing relations with the Tigrinya people, who are no longer represented by any government but are not in disarray because of the fortunes they have accumulated over the years, and from the relations with Khaire and the oil companies that gravitate between Kenya and Somalia, a general conflictual picture emerges that casts many shadows on the positions that Rondos has helped the European Community to adopt in recent years in the Horn of Africa. Was it really right to oppose and obstruct the peace and development process signed by Ethiopia, Somalia and Eritrea? Or was this in the interests of those who were better able to do business in a poor and divided territory? Here, of course, no definitive conclusions can be drawn. But certainly the European Community would do better to reflect on the question and to verify who is doing what and in whose interest. Once the pandemic is over, the Horn of Africa will become even more the area of greatest interest on the entire continent. Leaving it in the hands of businessmen would be a crime.