Unqualified Praise and Admiration Whitewashes the Crimes of TPLF Officials


Unqualified Praise and Admiration Whitewashes the Crimes of TPLF Officials

Jan 19, 2021: Centuries ago, Chilon of Sparta, a revered philosopher and statesman considered as one of the Seven Sages of Greece, is reported to have advised, “don’t badmouth a dead man.” Today, that general advice is popular and widespread. Across the world, it is generally taboo and regarded as extremely impolite or uncivil to speak ill of the dead, particularly in the immediate aftermath of someone’s death.

When someone passes away, our social norms preclude us from criticizing them. Instead, society encourages us to focus on the recently deceased person’s good characteristics and recall their positive traits or aspects. If someone violates these norms, they are considered to be rude or indecent and quickly told to, “show some compassion and respect.”

For the most part, this is a reasonable, appropriate, and even good rule, particularly when it comes to the death of private individuals. While we all have our admirable qualities and positive attributes, as individuals and humans we are also full of imperfections and remain highly flawed beings.

However, by focusing on people’s positive aspects when they pass away, we allow families and friends to honor and pay tribute to the deceased, grieve or mourn their loss, and come to terms with what is often a painful, emotional, and difficult situation.

In contrast, when a prominent political official dies, things are a bit more complicated. In fact, the notion and belief that we must remain totally silent or are to strictly offer only praise and platitudes following the death of a political official is irresponsible and wrong. Political officials, by the nature of their position and social status, are not private individuals. They are public figures and their decisions and policies are highly significant and consequential.

This means that their deeds and decisions, whether good or bad, positive or negative, must be open to criticism and more objective discussion. What most certainly cannot be permitted or tolerated is that political officials be showered with praise and unreservedly applauded, while their darker history and negative, troubling aspects are whitewashed or ignored. Not only does it often grossly misrepresent the past and threaten to devolve into converting problematic individuals into saint-like figures, it also minimizes or even reflects approval of mistakes, crimes, and injustices and greatly insults victims.

As persuasively argued in a memorable 2011 article by journalist Glenn Greenwald focusing on Christopher Hitchens and the protocol for public figure deaths, “When someone dies who is a public figure by virtue of their political acts…discussions of them upon death will be inherently politicized. How they are remembered is not strictly a matter of the sensitivities of their loved ones, but has substantial impact on the culture which discusses their lives. To allow significant political figures to be heralded with purely one-sided requiems – enforced by misguided (even if well-intentioned) notions of private etiquette that bar discussions of their bad acts – is not a matter of politeness; it’s deceitful and propagandistic. 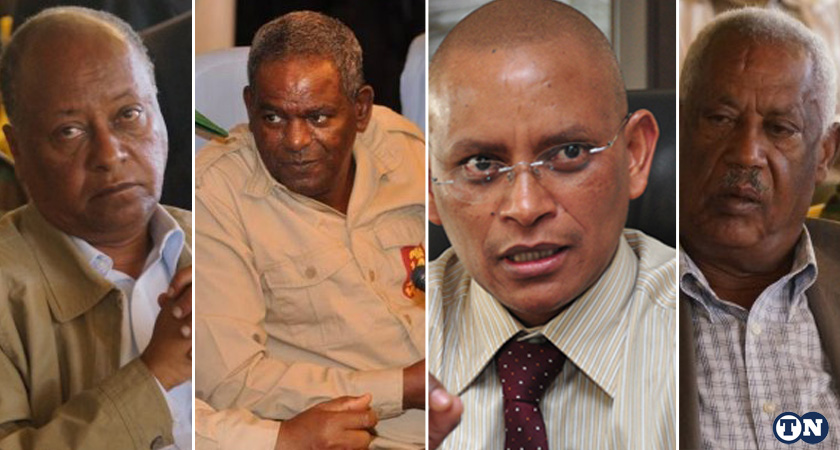 To exploit the sentiments of sympathy produced by death to enshrine a political figure as Great and Noble is to sanction, or at best minimize, their sins. Misapplying private death etiquette to public figures creates false history and glorifies the ignoble.”

This general issue came to the fore last week following the deaths of several high-level Tigray People’s Liberation Front(TPLF) officials and political figures in Tigray. In the wake of their violent deaths during a battle with Ethiopian national forces, these officials, most particularly Seyoum Mesfin, the former Ethiopian Foreign Minister and Ambassador to China, as well as cofounder of the TPLF, have been lavished with remarkably undiluted, intense praise and been the focus of a large outpouring of fawning tributes and encomiums from commentators, journalists, and others in the media.

For instance, Seyoum was described as “one of Africa’s finest statesmen”, and a “man who exemplified the country’s tradition of enlightened and progressive patriotism.” In other places, the former officials were described as “warm”, “engaging”, and “humorous.”

However, as the commentariat have heaped unqualified admiration and praise upon these deceased officials, there has been absolutely no mention of or reference to their extremely troubling history and numerous serious crimes. For many, especially the millions of innocent victims of the brutal repression and tyranny directed and meted out by the long powerful officials, the recent shining portrayals and hagiographies bear little resemblance to reality.

The TPLF, which these officials helped form and then directly lead, advise, or influence for decades, built and oversaw a totalitarian state in Ethiopia. During nearly 30 years in power, the TPLF ruled with utter ruthlessness that was marked by a deplorable human rights record. It severely restricted the rights to freedom of expression, association, and peaceful assembly, utilizing repressive laws to constrain civil society, journalists, and independent media. There was little tolerance for dissent or opposition, with critics killed, exiled, censored, or arrested. In prison, political detainees were subjected to abuse, torture, and other forms of ill-treatment.

During “elections” – organized mainly to provide the pretense of democracy and reflect a modicum of respectability to international donors – the TPLF rigged results, claiming victories with 99-100 percent of the votes. In 2005, when elections saw the opposition win a record number of parliamentary seats, including all those in Addis Ababa, the capital, the TPLF responded with a violent crackdown, killing hundreds and arresting tens of thousands, including opposition politicians and officials, journalists, activists, and even youth.

According to reports from on the ground, “a crackdown on this scale has not been seen in Africa for 20 years and the repression exceeds anything by President Robert Mugabe of Zimbabwe for the past decade at least. Apartheid-era South Africa’s onslaught against the black townships in the 1980s provides the only recent comparison.”

The TPLF’s long reign over Ethiopia also saw the marginalization, exclusion, and persecution of various ethnolinguistic groups, the denial of humanitarian assistance and food aid from “insufficiently loyal” segments of the country, and brutal counterinsurgencies involving war crimes and crimes against humanity (including summary executions, torture, arbitrary arrests and disappearances, and various other abuses).

Like in many other repressive, poorly governed states, graft and corruption were rife in TPLF-led Ethiopia. The country’s top political and economic positions were awarded or sold off to cronies and individuals with ties to the party, while high-ranking officials rapaciously stole millions from the public and funneled foreign assistance and humanitarian aid to the party’s accounts or toward other purposes (such as strengthening the military and security apparatus in order to cow the population into submission and maintain power).

On top of its widespread crimes within Ethiopia, the TPLF ran roughshod across the surrounding region, illegally invading neighboring countries. For several decades, TPLF forces militarily occupied large swathes of land in Eritrea and repeatedly launched land and air attacks against its northern neighbor – all in direct violation of internationally-backed rulings and the UN Charter.

Furthermore, the TPLF’s military operation in the name of eliminating Al-Shabab in Somalia, which violated UN Security Council Resolution 1725 and IGAD governing articles, led to tens of thousands of deaths and injuries, hundreds of thousands of refugees and displaced, and the birth of Al-Shabaab.

More recently, after being swept from power in 2018 largely as a result of years of mass popular protests across the country, TPlf officials remained unbowed and unrepentant – even proud – of their cruel past, constantly boasting that their rule represented a “golden era” and raising themselves up to be the embodiments of greatness and nobility. Since 2018, the TPLF also worked to scuttle the positive developments that were offering the possibility for lasting peace, stability, and security in Ethiopia and the surrounding region.

While Dr. Abiy Ahmed, who assumed office after the fall of the TPLF, has been far from perfect, the TPLF sought to stymie any efforts at democratization, reform, and positive change. Feeling marginalized, as well as deeply bitter and resentful about its loss of power and control over looted state resources, the TPLF retreated from Addis Ababa to its base in Tigray. From there, it worked to promote conflict, tension, and chaos, hoping that the instability and insecurity would hurt Abiy, prevent reforms, and allow the group to regain some of its former dominance.

Over the past several years, the TPLF was also actively preparing for war, stockpiling weapons, and training militias – using funds that were actually meant to be for Tigray’s people and development. Dangerously, it stoked tensions and dangerously ratcheted up violent, extremist, and hateful speech. Then, in early November 2020, the TPLF setoff the current conflict in Ethiopia when it launched a deadly attack on a large national military base in Tigray. Last week, the conflict ignited by their party finally engulfed the former high-ranking officials.

Ultimately, the sycophantic praise and canonization of the former TPLF officials, hailing them as noble, saint-like figures, ignores the considerable blood on their hands and is a whitewashing of their long history of serious crimes and grave atrocities. It is fundamentally wrong and an act of sheer dishonesty – the worst form of historical revisionism. Moreover, it serves as a cruel, bitter insult to the many innocent victims and survivors of the TPLF’s brutality in Ethiopia and across the Horn of Africa.