Massawa, 28 March 2020- During archeological excavation conducted from 20 February to 1 March at the Gelalo sub-zone, Northern Red Sea region, through the “Engel’ela-Ramud Project” fossil aged millions of years was discovered.

The archeological experts from the Commission of Culture and Sports, Northern Red Sea Museum and Spanish nationals that participated in the excavation program said that since Eritrea is part of the ‘Great Rift Valley’ of the Horn of Africa the excavation and research activity makes it significant in terms of history and pre-history.

Dr. Tsegai Medin, head of Research and Ancient Heritage at the Commission of Culture and Sports, said that the new discovery is supplement to that discovered in Buya.

According to the preliminary research human and animal fossils aged from 800 to one million and from 1.1 to 1.2 million were discovered in two pre-history sites, Dr. Tsegai added.

The Spanish archeologists on their part said that the “Engel’ela-Ramud Project” is unique for human and animal fossils of similar ages are found in the same areas. 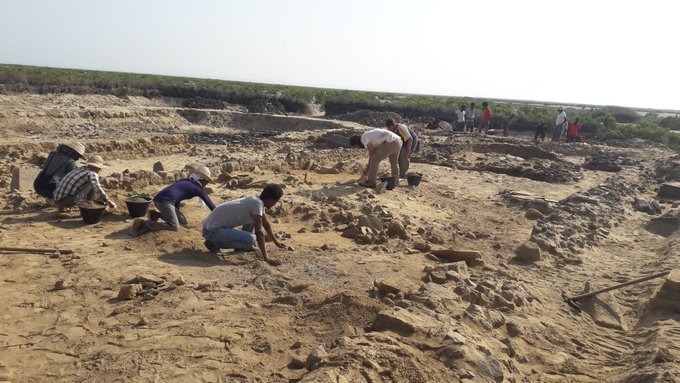 According to the Eritrean experts the excavation and research of ancient relics will have significant contribution in the development of tourism industry in the country.