Eritrean President Arrives In Ethiopia for an Official Working Visit

Eritrean President Arrives In Ethiopia for an Official Working Visit

Upon arrival at the Addis Ababa Bole International Airport, he was received by Prime Minister Dr Abiy Ahmed and other senior government officials.

During his stay in Ethiopia, the Eritrean President is expected to meet with Ethiopian officials to discuss bilateral and regional issues.

Earlier in the day and accompanied by PM Abiy Ahmed, President Isaias and his delegation paid a visit to Adama city (Oromia Region), the Industrial Park there as well as agricultural and industrial projects in Bishoftu and Dukem 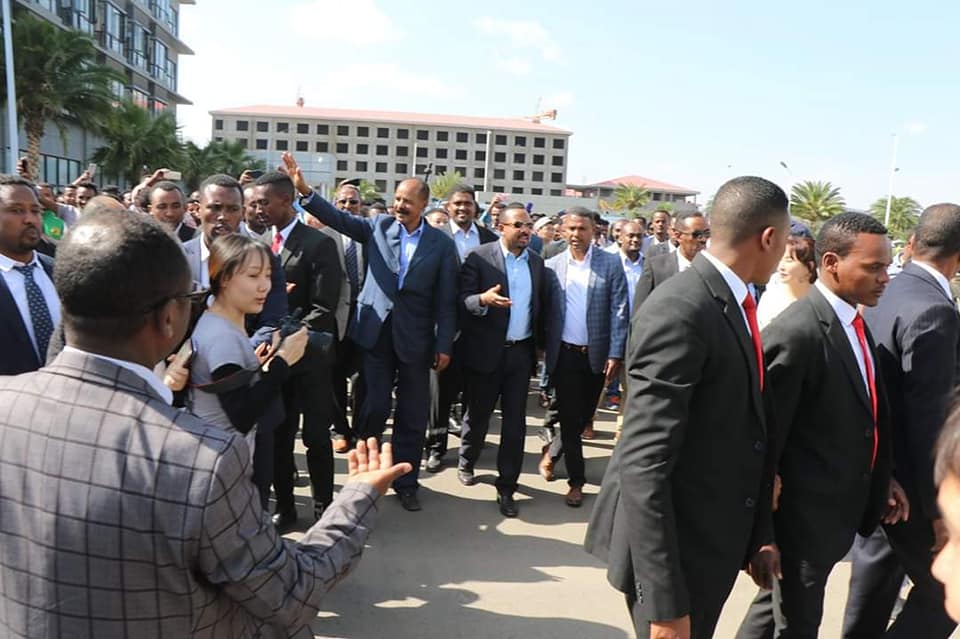 Ethiopia and Eritrea signed peace deal following the appointment of Dr Abiy Ahmed as Prime Minister of Ethiopia in April 2018. 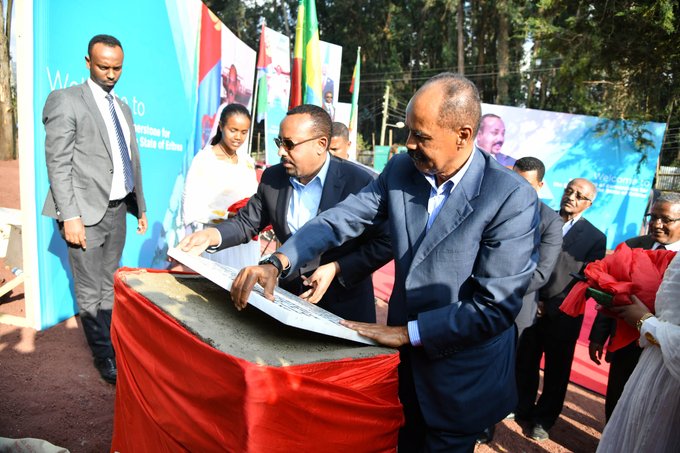 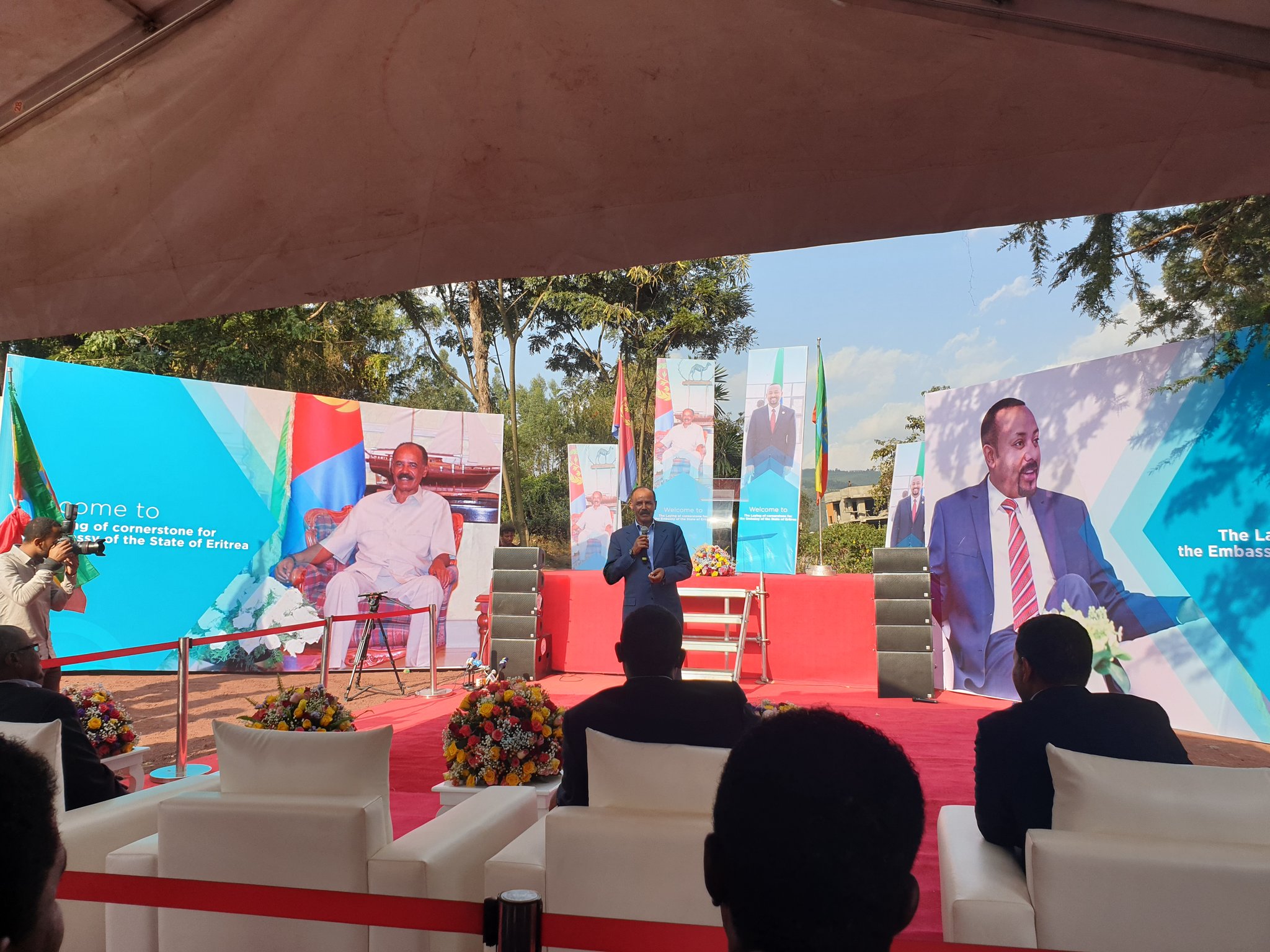 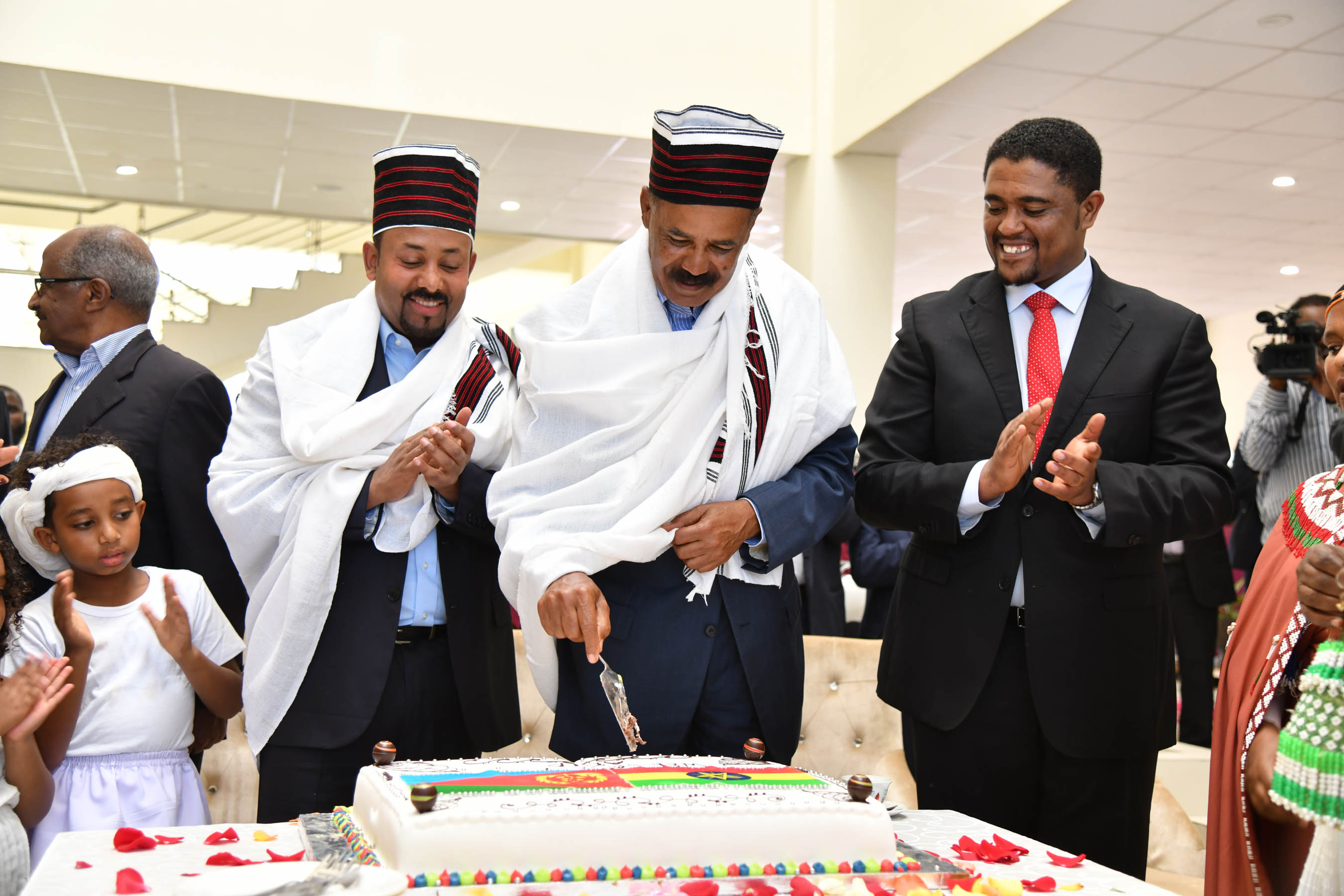 The agreement laid out a new era of cooperation between the two countries, including re-establishing telecommunications and transport links and reopening embassies. 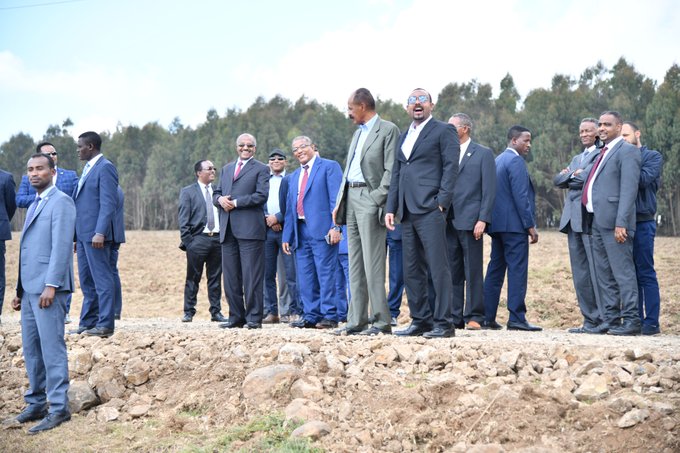 Accompanied by PM Dr Abiy Ahmed, Eritrean President Isaias Afwerki and his delegation visited the Entoto observatory and research center as well as the Unity Park.