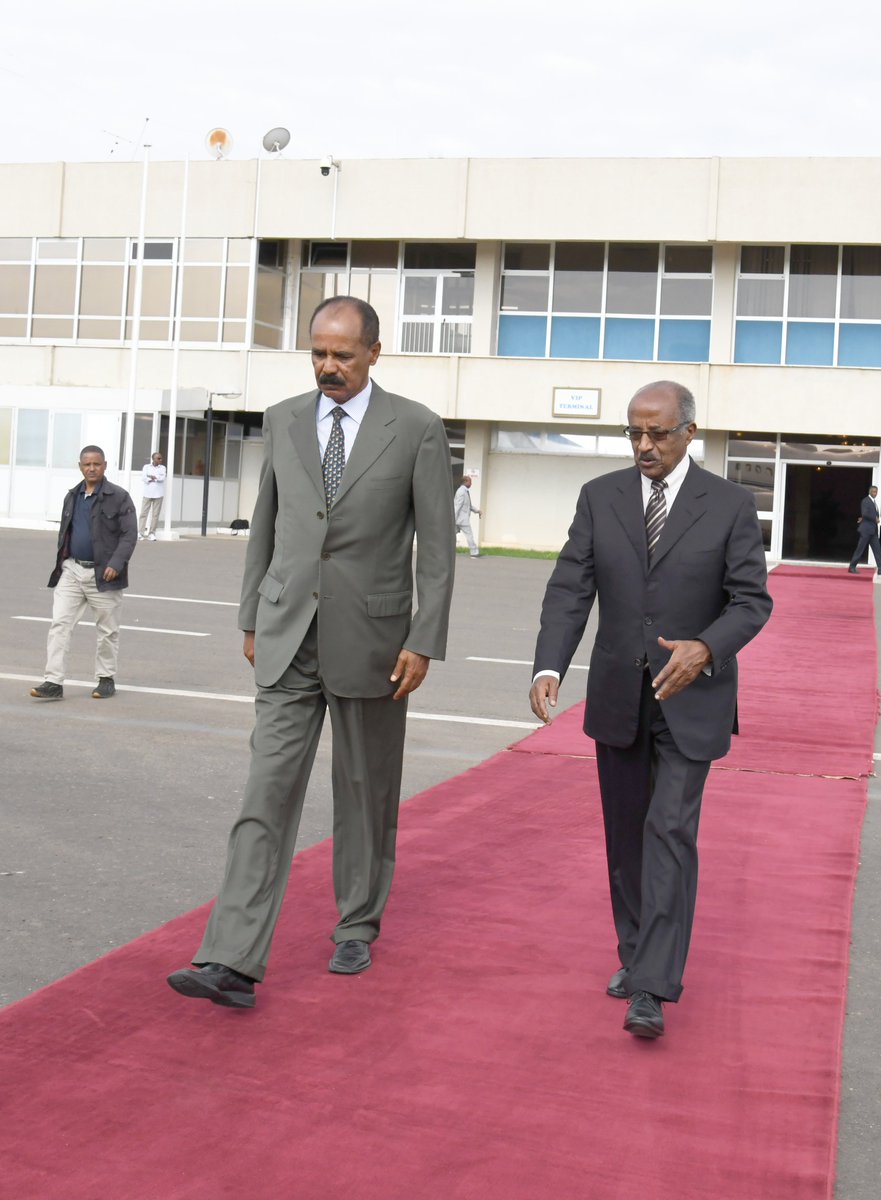 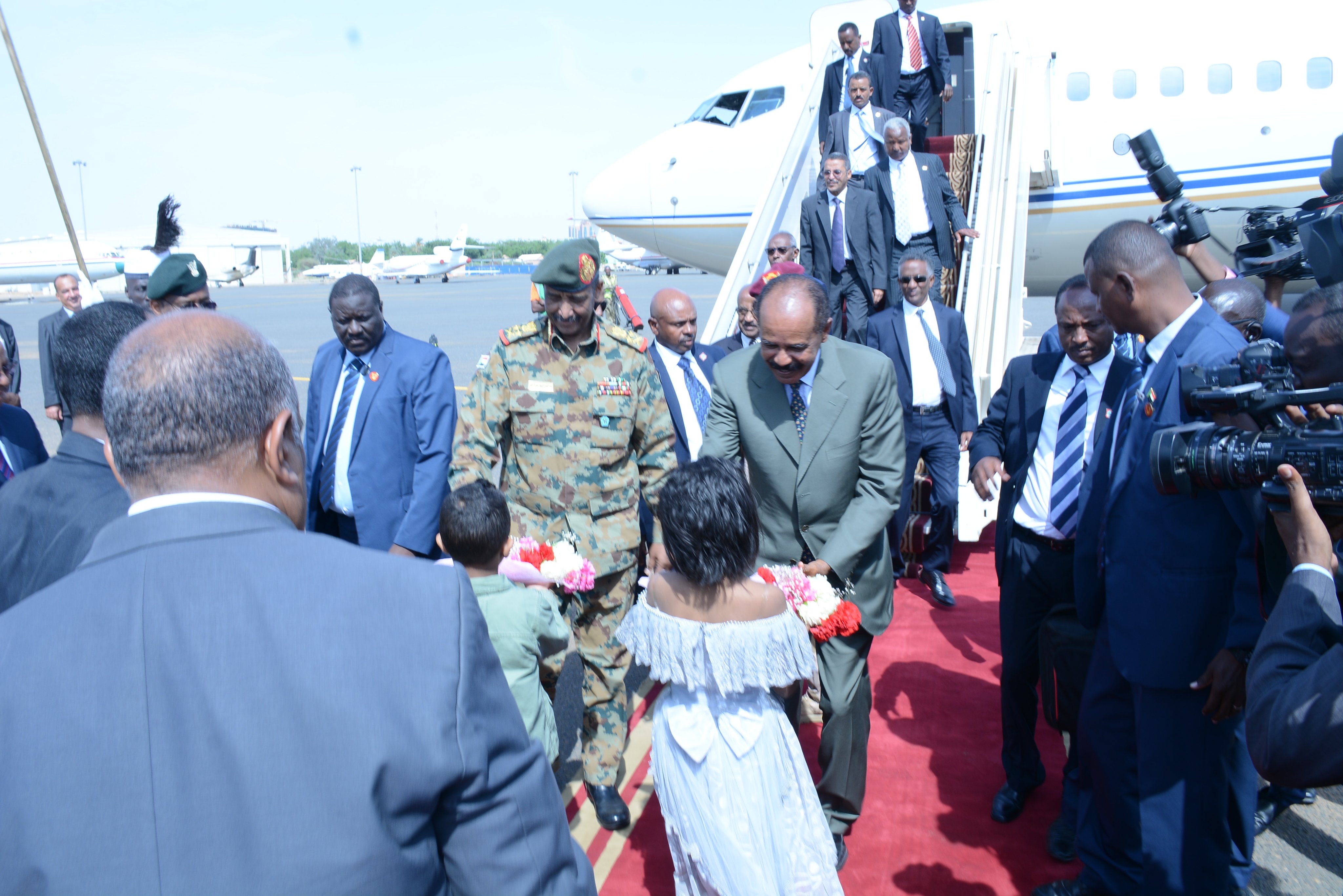 President Isaias Afwerki and his entourage were accorded warm welcome by H.E. Abdul Fattah al-Burhan and senior Sudanese dignitaries on arrival at the airport in Khartoum in mid-morning hours today. 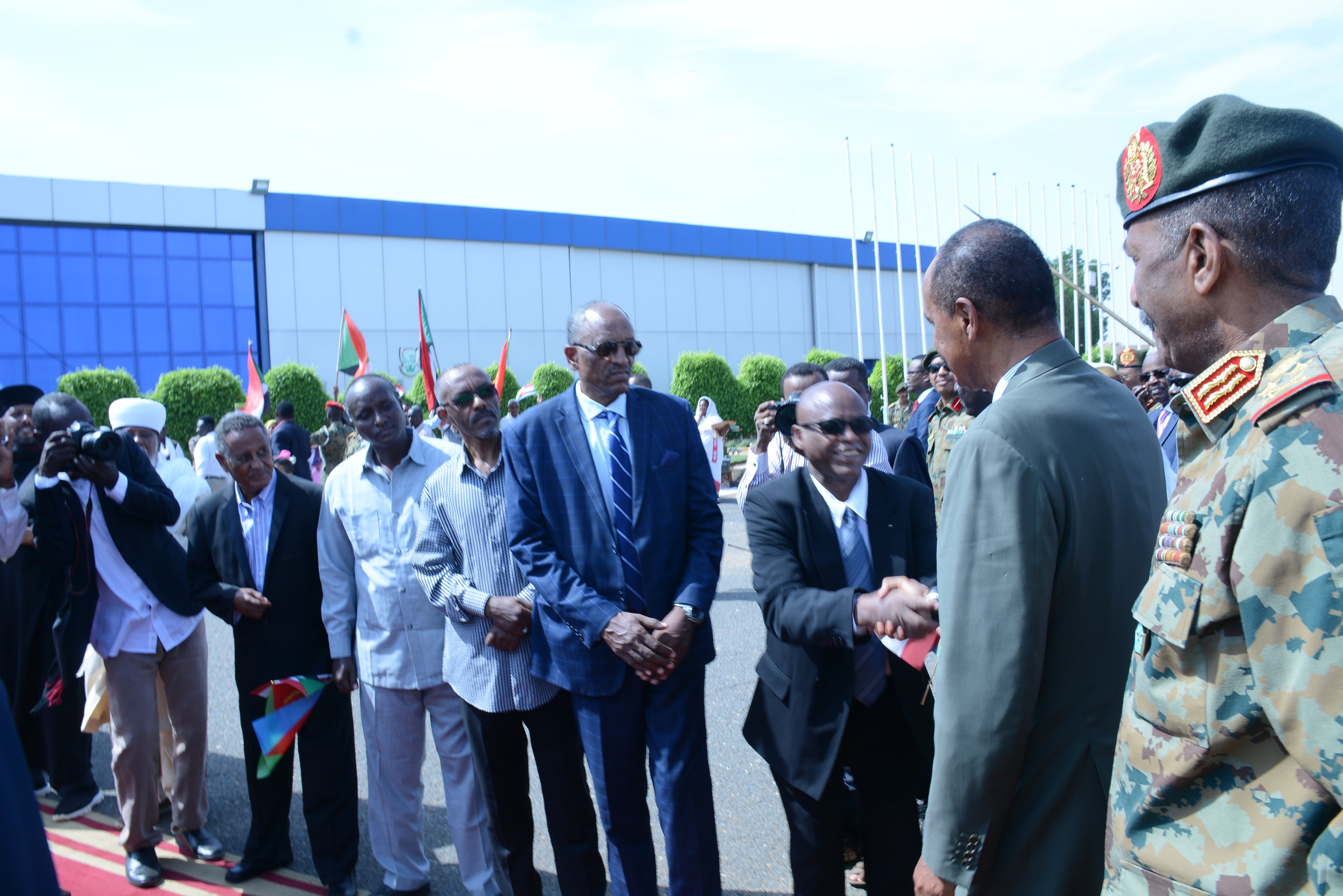 The two leaders and their delegations held a first meeting immediately after arrival. Gen. al-Burhan thanked President Isaias for his long-awaited visit. President Isaias expressed his delight in visiting Sudan, a country with which he has had longstanding and intimate relations. 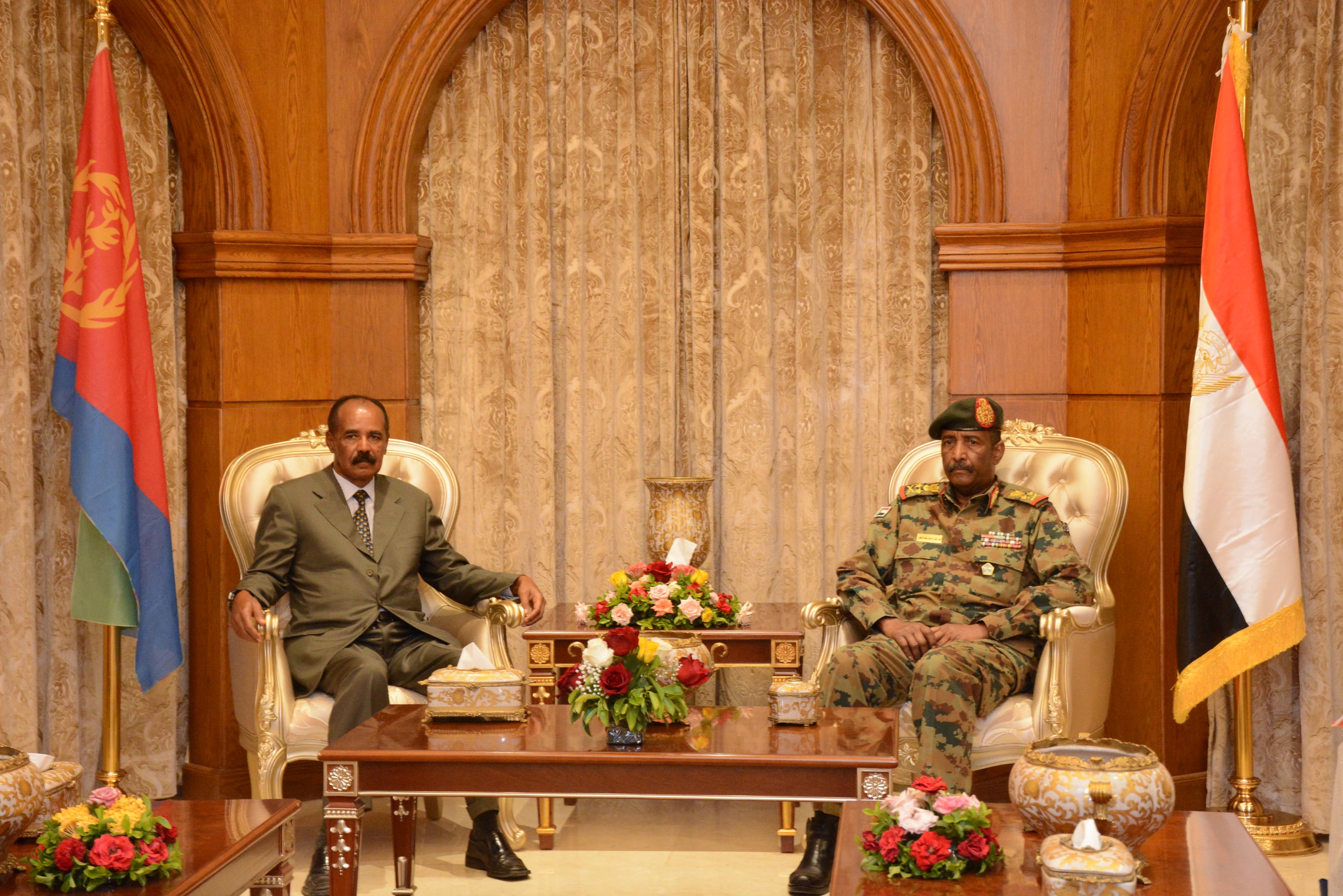 Pre. Isaias congratulated the leadership & people of Sudan for their historic achievement in bringing to an end a painful chapter that lasted for 3 decades. He also said that the people of Eritrea will never forget the support of the Sudanese people, in their struggle for freedom. 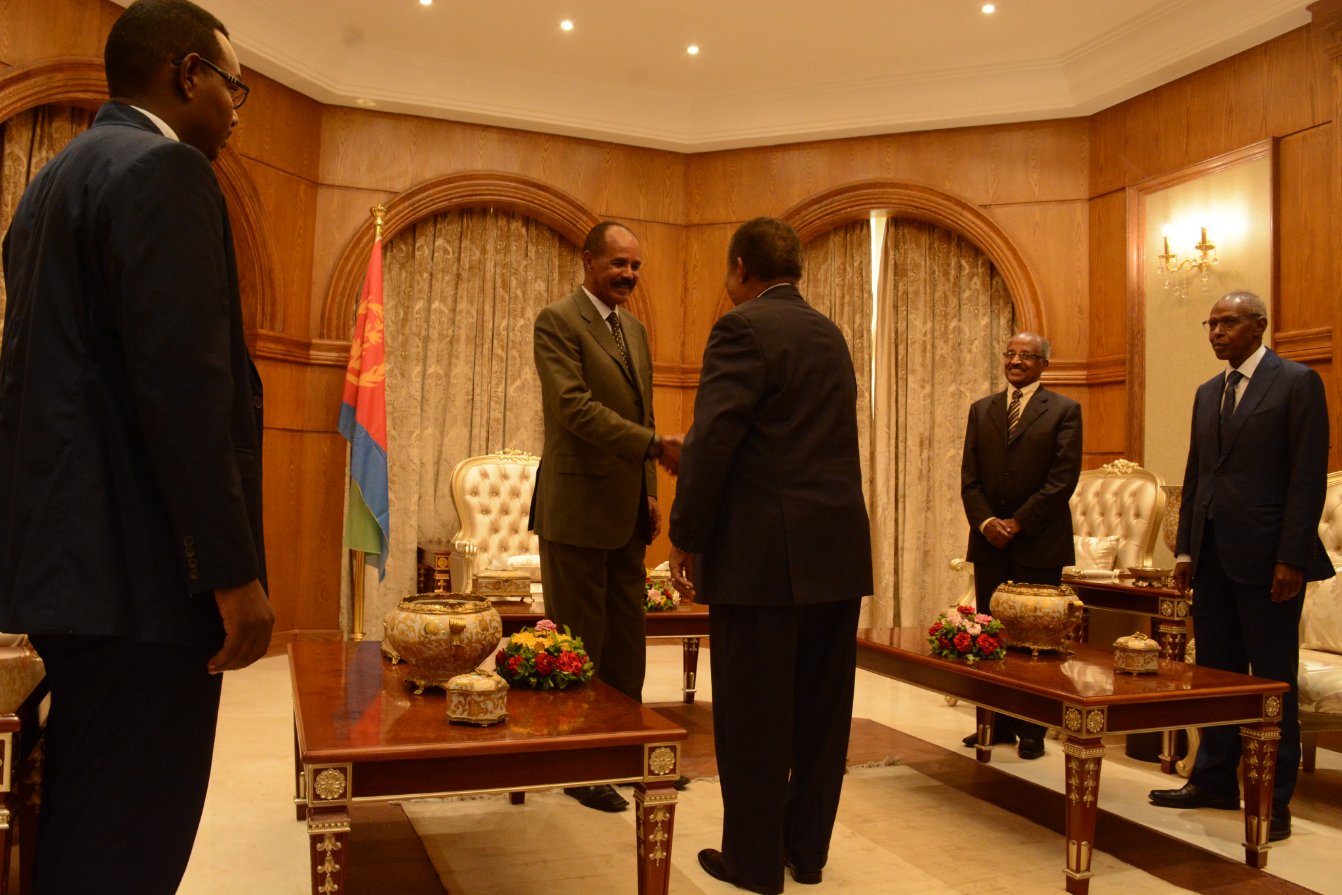 The two sides expressed their determination to recoup the lost opportunity. They agreed to promote economic, trade, political, diplomatic as well as security and military cooperation. They also agreed to work together for effective regional integration. 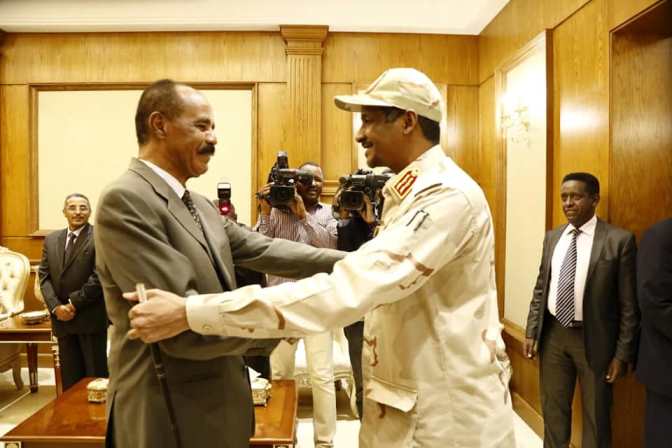 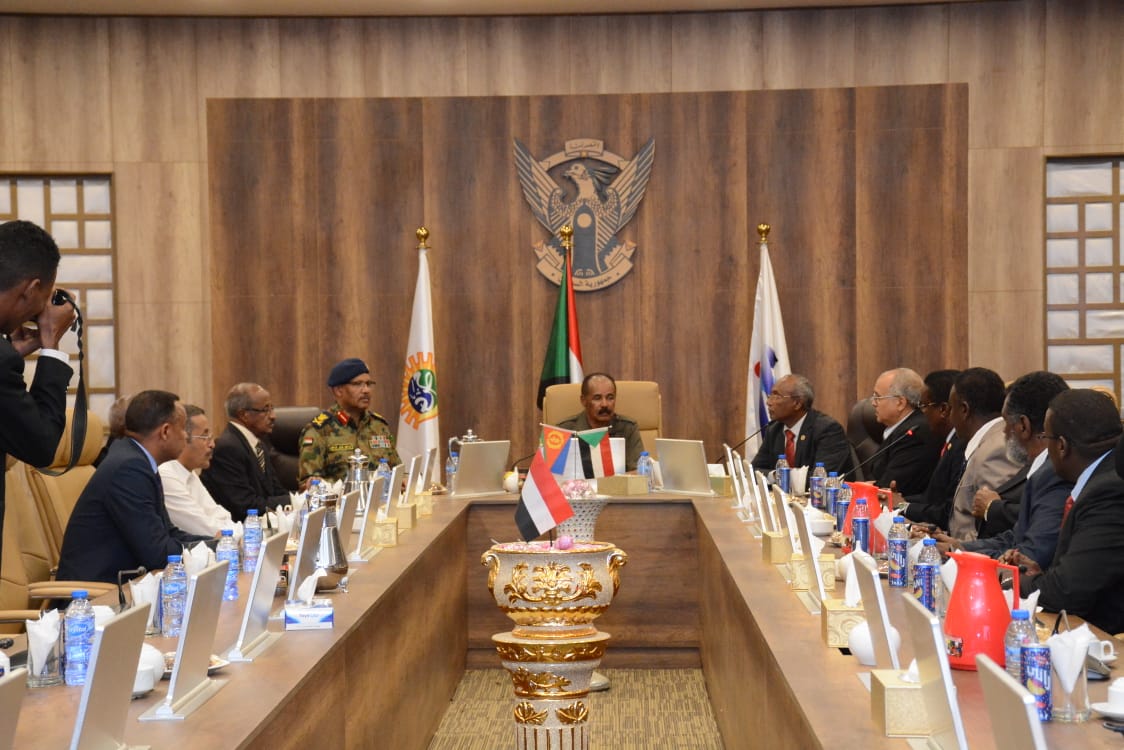 Accompanied by Gen. al-Burhan & other senior Government officials, President Isaias Afwerki visited the Yarmouk Industrial Complex for production of weapons & construction materials as well as the Zadna Agricultural Enterprise. Prospects of cooperation in these sectors discussed. 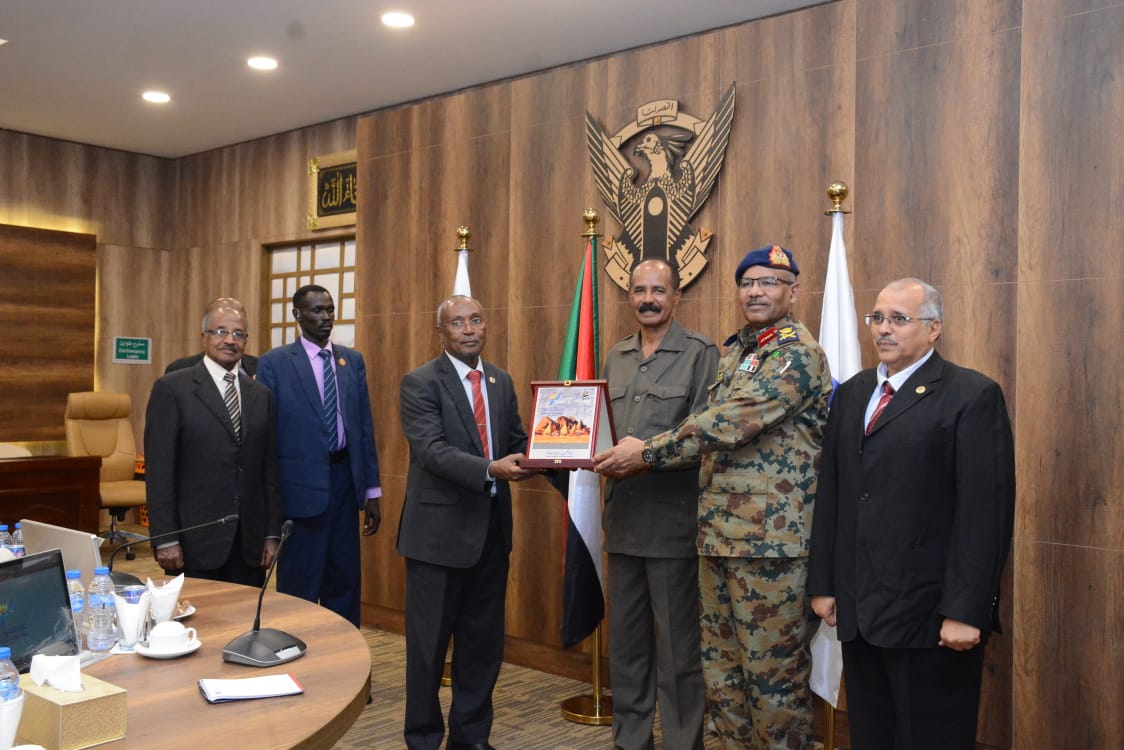