Eritrea to Welcome its First Superyacht

Eritrea to Welcome its First Superyacht

August 17, 2019: Renowned for its diving locations, we explore how Pelorus engaged in the arduous process of making Eritrea a viable superyacht destination…

It is all well and good talking about getting off the beaten track, but for many getting off the beaten track simply means trying out another luxury location that happens to be less frequented by the contingent that like to stick to the tried and tested cruising ground of the Mediterranean, Caribbean and select few others. It is true that a number of superyacht owners are increasingly looking for adventure in south America, Thailand and so on, but even these locations are, in varying degrees, versed in yachting or marine tourism. The same cannot be said, however, of Eritrea and this is exactly where one intrepid owner, under the guidance of Pelorus, will be visiting in 2019.

“Our business, Pelorus, was established to explore areas of the world that were less well-travelled by superyachts and their owners,” starts Geordie Mackay-Lewis, co-founder and managing director of Pelorus. “What this often equates to is areas of the world, such as the Kuril Islands, which are beautiful and found between Japan and the Kamchatka Peninsula, that superyachts would struggle to reach. The response to these destinations is always ‘wow’, but because of how remote the area is, it is quite unrealistic for most superyachts and guests to travel there. “By stark contrast, we are also looking at destinations, such as Eritrea in the Red Sea, that have hundreds of superyachts passing by them every year, without anyone stopping there. There is world class diving to be explored, amazing scenery, fresh food and everything else that the adventurous superyacht owner could possibly want.”

In 2018, therefore, after a number of discussions with a particularly adventurous superyacht owner, the Pelorus team began the arduous process of educating a country that had no experience with the superyacht industry about its myriad benefits, not to mention creating or obtaining the necessary permissions for a superyacht experience in Eritrea to be possible.

“Our first priority is always risk.”

“Our first priority is always risk. For us, risk is everything. With Eritrea, for example, the need was to understand what the risk would be to a superyacht and its guests in a country that has recently come out of a 20y war,” continues Mackay-Lewis. “Because of our military backgrounds, and the unique network we have within the risk consultancy analysis business, we understand risk better than most and it has allowed us to create a multi-layered approach to it.” The first step, according to Mackay-Leiws, is to use the variety of risk consultancy sources to receive up to date reports on the region in question and collate various “bits of security chatter,” that are otherwise unavailable to most. Fortunately, in the instance of Eritrea, there was no security chatter coming from their sources. The next step was to get feet on the ground and conduct thorough reconnaissance. 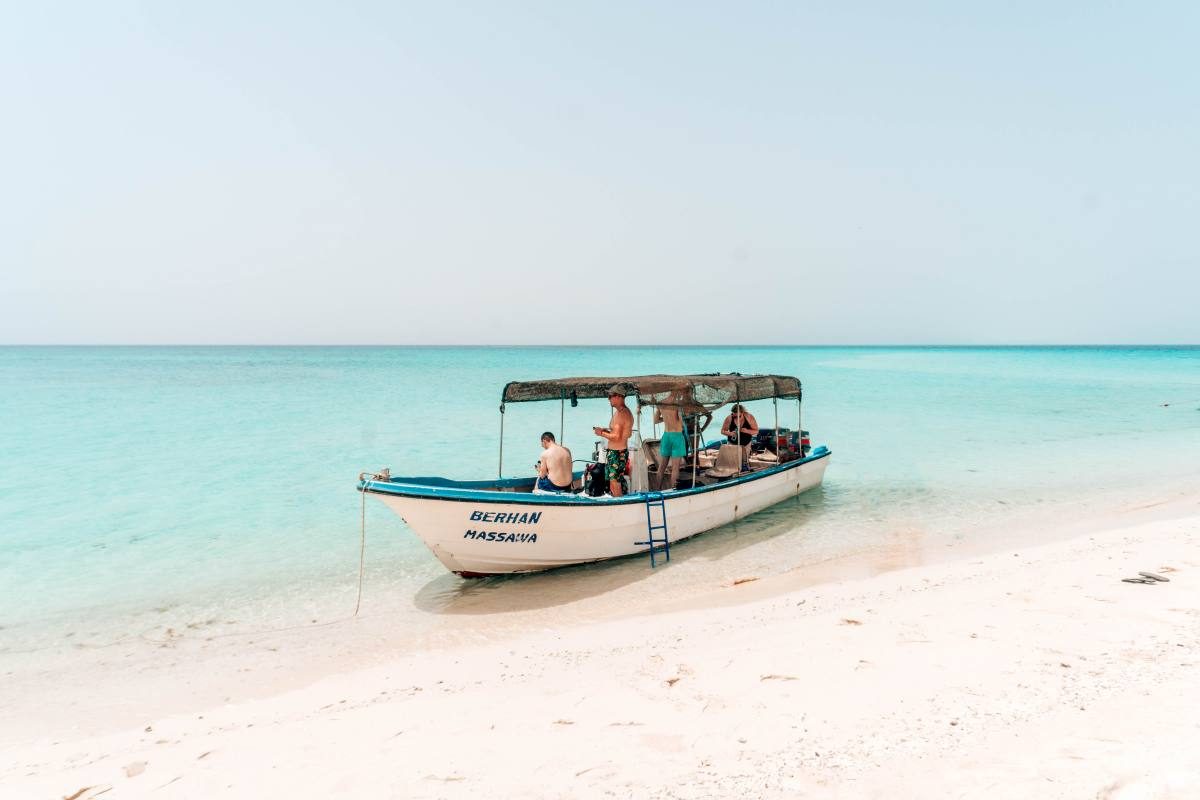 “For us, going to Eritrea to conduct the reccy ourselves is absolutely vital. The onsite reccy really covers all things, from the competency of local diving instructors all the way through to having discussions with military security,” explains Mackay-Lewis. “Risk in Eritrea to a foreigner is pretty low, the only potential risks are really public uprising or government change. But, given that the same government has been in power since 1993, that remains unlikely.

“Eritrea is an authoritarian state that requires a great deal of permits to move around, as a result it has created its own internal security infrastructure, which is far more robust than most countries, some of which superyachts already visit. So, internally it is very safe. The waters surrounding it, however, must also be considered given that Eritrea is neighboured by Sudan, Dijbouti and Somalia, and is opposite Yemen.”

Unbeknownst to the Pelorus team was that one of the most difficult elements of the reconnaissance trip would be to determine who exactly they needed to talk to. Given the structure of the nation, as well as the complete absence of experience with superyachts or indeed tourism, explaining the benefits of visiting superyachts, as well as the various requirements, proved to be an uphill battle.

“We didn’t initially think that we would need to go right to the top of government, for us it was more about establishing the experiences that we wanted to achieve, how to go about them and the permissions that we required,” Mackay-Lewis says. “What we realised on the ground – time spent in reconnaissance is seldom wasted – is that the people we thought we needed to ask permissions from, like the port authorities in Massawa, were just too afraid to provide the permissions or the information we needed. So, we ended up in the capital Asmara.”

What the Pelorus team ended up with was a sprawling organigram that lead them from one individual to another further up the ladder, discovering that in many cases that certain permissions came from sources that were almost irrelevant. “In one case we needed to get the permissions for diving on shipwrecks, we discovered that wrecks within the Red Sea’s Eritrean waters were owned by the political party, not the minister for maritime transport or the minister for tourism. It was quite odd really,” Mackay-Lewis explains.

For each activity or permission, the Pelorus team needed to work their way from the bottom of the command chain all the way up to the top. On their way they discovered that traditional trading currencies, such as positive economic impact for local communities, were of little interest, whereas explaining benefit in terms of numbers of people and tourism proved to be very popular indeed, as well as how the profile of the individuals on board visiting yachts could make the government look good. Eventually, with the help of a local man named Tekeste, who had previous experience with the tourism industry, Pelorus managed to secure permissions for all sorts of activities, from landing private jets in a military airport to diving Eritrea’s various shipwrecks. In all, Pelorus spoke with seven different ministries. 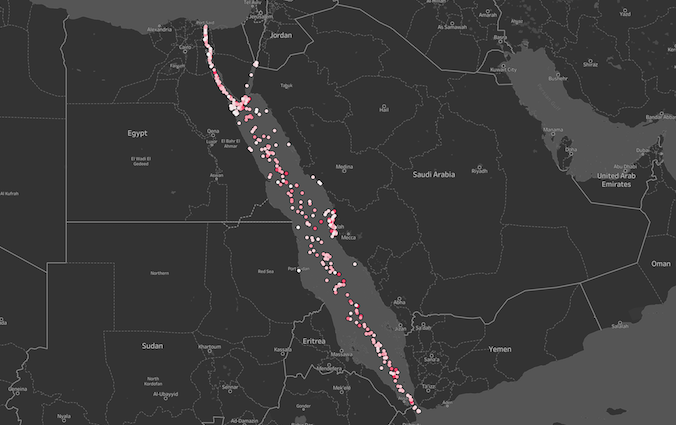 The above map and chart highlight, using MarineTraffic data, the number of superyachts that travelled within the boundaries of Port Said and the Gulf of Aden between 2014-2018. According to the data, in 2018 alone 85 unique superyachts travelled in this area, the majority of which would most likely have been visiting the Seychelles, Maldives, Oman and Dubai, or perhaps beyond to Madagascar or South East Asia. Alternatively, the vessels may have been travelling from these regions to the Mediterranean. What the data clearly highlights, however, is that none of these superyachts stopped in Eritrea. This is soon to change.