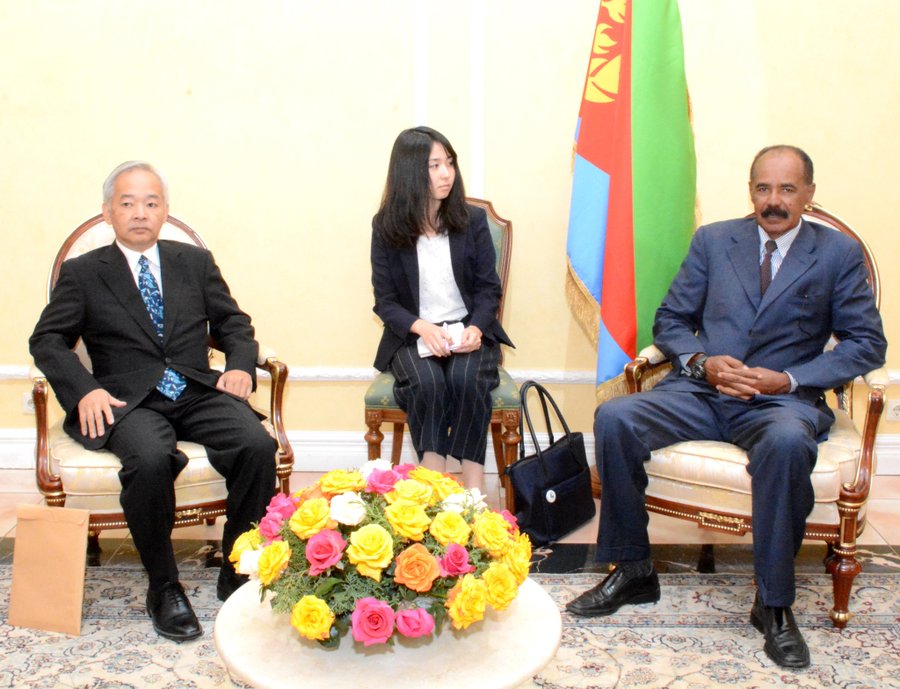 President Isaias stated that Eritrea values the role of, and encourages investment by, private Japanese companies that enhance bilateral programmes of partnership. The two sides discussed prospects of cooperation in the sectors of education, fisheries, water & other infrastructure.

The Japanese envoy for his part reiterated Japan’s readiness to promote and consolidate development cooperation with Eritrea and the region as a whole. The two sides also exchanged views on the TICAD Summit that will be held towards the end of this month in Japan.