Do You Know Where Eritrea is? GMU Students Learn About Development During Two-Week Visit

Far from an unstable, authoritarian nightmare, the 11 Mason students who visited Eritrea from June 9 to 22 say they found a more complex country than its stereotypical portrayal whose self-reliant approach to post-conflict development could hold valuable lessons for other African nations.

“Post-conflict development, this is history in the making,” Pineau said. “This is a time to see it as it’s happening.”

Established as an autonomous nation in 1991 after a 30-year war for independence with Ethiopia, Eritrea is home to an estimated 3.5 million people, according to the United Nations Department of Economic and Social Affairs’ 2019 World Population Prospects data.

Led by President Isaias Afwerki since 1993, when voters approved an independence referendum, Eritrea was largely isolated from the rest of the world during a 20-year conflict with Ethiopia that began in 1998 and officially ended in July 2018 with the signing of a peace agreement.

Eritrean and Ethiopian leaders reopened their shared border for travel and trade in September 2018, and the U.N. Security Council unanimously voted in November to lift sanctions that had been imposed on Eritrea in 2009 in response to allegations that it armed, trained, and equipped Islamic militants in Somalia.

The sanctions included an arms embargo, asset freeze, and travel ban, though Eritrea denied the allegations as a fabrication by the U.S., which is an ally of Ethiopia, according to the BBC. 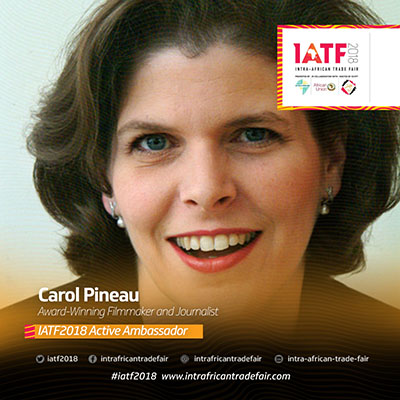 Pineau covered Eritrea for CNN in 1999 and 2000 during the height of its war with Ethiopia. She was planning a film and book project on development in Eritrea when she came to the GMU School of Conflict Analysis and Resolution as an affiliate.

When the school suggested taking students to help with her project, Pineau quickly agreed and collaborated with SCAR Center for Narrative and Conflict Resolution founder and professor Dr. Sara Cobb to design a study abroad program.

Pineau says the course gave students a unique opportunity to observe a country that is not only in the process of development, but has opted for an almost entirely local and state-led approach instead of depending on foreign aid or intervention.

“This is a country that owns its own development,” Pineau said. “There’s no one else in Africa that’s like that, and what is amazing is that, with 20 years of isolation, conflict, nine years of sanctions, no U.S. AID, no World Bank, and yet they are meeting the [U.N.] Sustainable Development Goals…That’s something to learn from, and that was really the objective of the trip.”

Developed in 2012 and made effective in 2016, the United Nations Sustainable Development Goals set targets for combating global issues, such as climate change, poverty, and inequality, by 2030.

Pineau wanted to give students enrolled in the study abroad program an all-encompassing view of Eritrea.

In addition to talking to government leaders in the country’s capital of Asmara, participants visited health clinics, schools, farms, and economic development project sites. They met with everyone from ministers and former revolutionaries to writers, farmers, youth groups, and women’s groups.

For Gbenga Dasylva, a doctoral student in the School of Conflict Analysis and Resolution who is studying peace building and sustainable development, one of the most memorable parts of the trip was the chance to observe Martyr’s Day on June 20, which commemorates the people who died during Eritrea’s 30-year struggle for independence from Ethiopia.

As part of the Martyr’s Day celebrations, students listened to speeches, joined a candlelight procession, and watched as residents decorated a local graveyard. They also visited a “Tank Graveyard” where many of the military vehicles used during the war still stand.

Every family in Eritrea knows someone who died during the conflict, according to Pineau.

Dasylva says Martyr’s Day plays a central role in Eritrea’s national identity, which emphasizes the individual’s responsibility to the collective in honor of the sacrifices made to establish the country.

Eritrea conscripts all adults into national service, a commitment that was originally mandatory for 18 months but has been indefinite since the border war with Ethiopia broke out in 1998, but the government also provides tuition-free education from first grade through college.

Dasylva argues that some of the criticism of Eritrea reflects ideological differences between Africa and the West.

“The reason why I feel Eritrea is portrayed in the negative is because of the naivety of the Western understanding about the African culture,” Dasylva said. “…The country that has spent so much in sending you to school from the first grade through to the university, and you are not asked to pay a dime, and all the country’s asking is give back to your country.”

Dasylva’s perspective on Eritrea is shaped by his experience growing up in Nigeria.

The International Monetary Fund ranked Nigeria’s economy as the largest in Africa in its 2018 World Economic Outlook report, and the country has held regular elections since transitioning from military to civilian rule in 1999.

Yet, Dasylva says people in his homeland still struggle with poverty, limited infrastructure, and other needs even as the country receives billions of dollars in foreign investment from organizations like the World Bank and the U.S. Agency for International Development.

“I can boldly tell you that the development steps and processes that I have seen in Eritrea, Nigeria is not close,” Dasylva said. “Nigeria, with so much money and multimillionaires and private jets, is not close. If you cannot guarantee the basic human needs to an average citizen in your country, you have nothing to boast about when it comes to development.”

Fellow student Friderike Butler observes in a report for the Eyewitness Eritrea project that the GMU School of Conflict Analysis and Resolution is putting together to document the study abroad trip that Eritrea found “a special place” in her heart even as “uncomfortable facts” remain a challenge to reconcile with the country’s positive development efforts.

“The country and its people defy many stereotypes of developing poor nations,” Butler, who describes herself as a German American entrepreneur, notes. “…Stories brim of promising opportunities, hopeful dreams, utopian concepts, restrictions of individual freedom, and the potential to solve global challenges.”

Mason could potentially repeat the study abroad trip to Eritrea next year, and Pineau praised the university’s willingness to take a chance on a program that would not have been possible even a year ago.

“I think that just speaks volumes about how innovative they are,” Pineau said. “…The students themselves were just so open and so willing to learn and not come with preconceived notions, but to come and say, we want to hear about it. We want to learn, and that was really wonderful.”