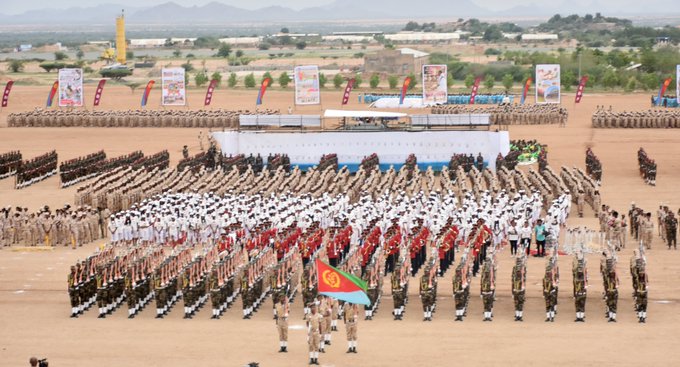 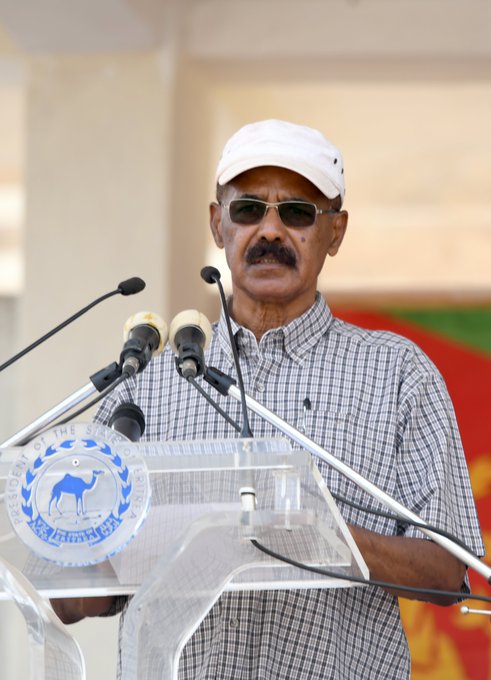 Asmara, 01 August 2019- The official celebration of the Silver Jubilee of the establishment of Sawa Military Training Center and the launching of the National Service Program as well as graduation of members of the 32nd round national service was colorfully conducted today, 2 August in Sawa under the theme “Sawa: The Perfect Choice for Sustainability”.

At the ceremony in which ministers, senior PFDJ officials, Army Commanders, parents, as well as a number of nationals from inside the country and abroad took part, President Isaias Afwerki paid tribute to those that sacrificed their lives to their country and people and those that made immense contribution in the national development drives and congratulated the graduating members of the 32nd round of the national service.

President Isaias went on to say that the celebration is being held at a time of the beginning of a new era and that requires thorough review of the experience gained in the past quarter century and consolidate effort and commitment in the national development effort. President Isaias also said “victory as yesterday is on our side”. 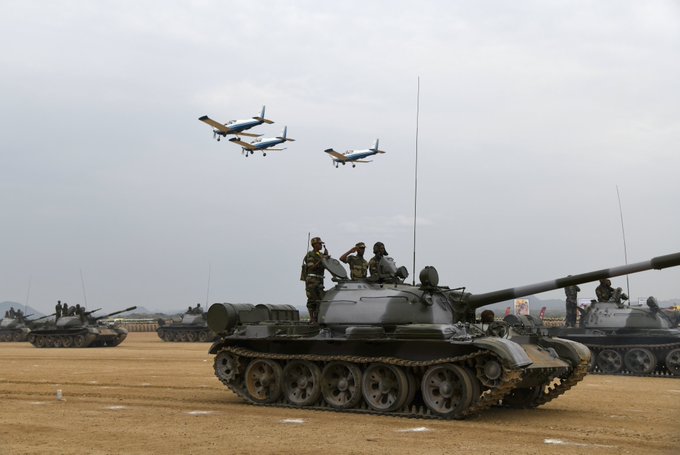 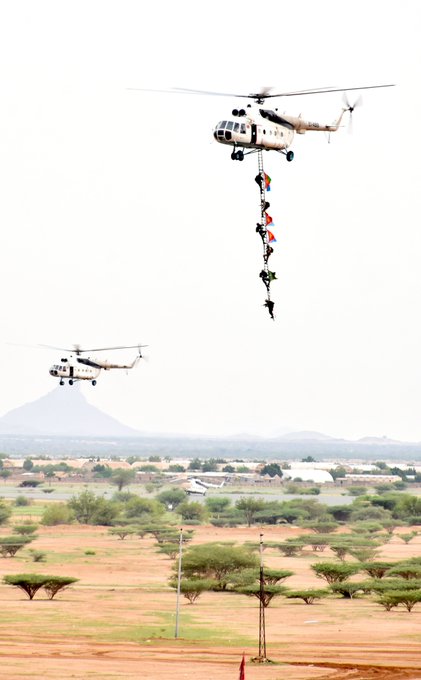 Indicating that the objective of the national service program is to nurture youth ready for ensuring the sustainability of a proud and developed country as well as nurturing common understanding, Col. Ezra Woldegebriel, Chairman of the Silver Jubilee celebration committee, expressed appreciation for the strong contribution of the Eritrean people and the Commanders of the training center for their relentless effort in the implementation of the program in the past 25 years as well as the stakeholders for their support.

Commander of the Sawa National Service Training Center, Col. Debesai Gide, said that members of the 32nd round national service during their stay in the center have successfully completed their academic education, political and military training and commended the outstanding performance of female participants.