Within an hour of landing in Nairobi, Kenya in July 2016, Metkel Zerai received word that a fresh round of fighting had broken out in Juba, South Sudan. “We were freaking out – we just had $2.2 million worth of [solar equipment] delivered,” he says. “That was our whole company, and Juba was being looted!”

As the booming East African solar market brings in significant foreign competition, Aptech Africa, a start-up founded by two Eritrean brothers, is holding its own against better financed firms in some of the continent’s riskiest markets.

Ghirmay Abraham and Metkel Zerai founded Aptech in South Sudan in 2011 with $5,000 of their savings and $15,000 from family in the diaspora. “This now makes us very proud,” says Metkel. “Other businesses had bank and credit support, but we never had that.” The company, recently named one of the “Companies to Inspire Africa in 2019” by the London Stock Exchange Group, now operates in seven countries across the continent and employs around 50 people full time.

Metkel and Ghirmay seemed far away from the London Stock Exchange when they started selling solar lanterns and small-scale solar kits in Juba in May 2012. For the first six months Metkel operated the storefront while Ghirmay traveled weekly by bus between Kampala and Juba—a 24-hour journey—bringing stock into South Sudan. 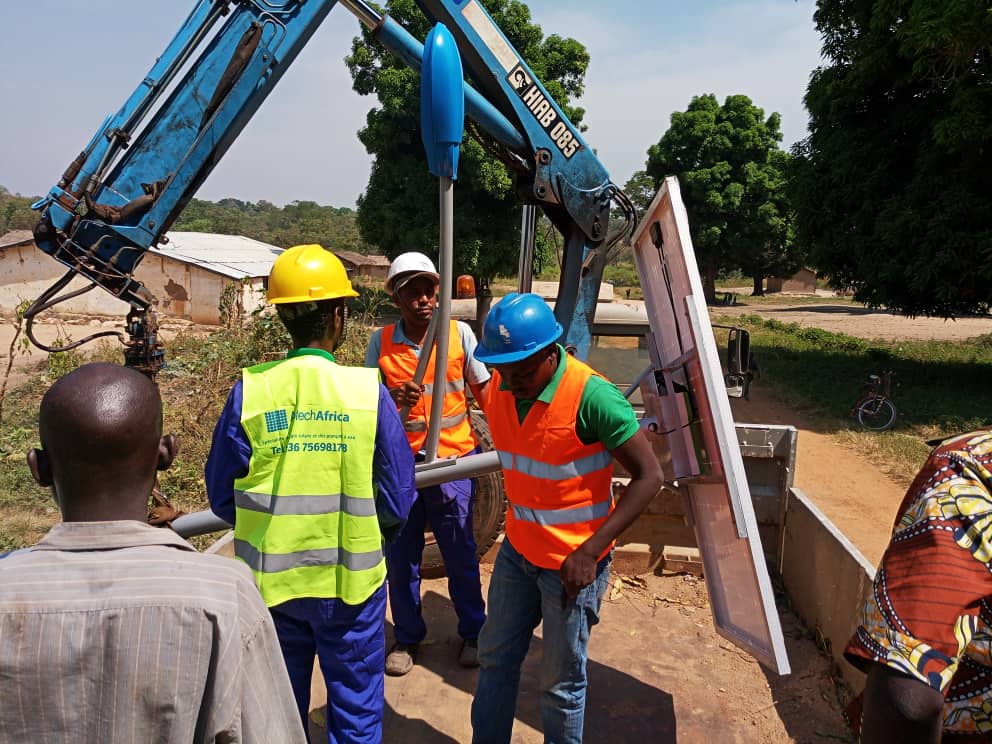 After a grueling, but profitable, six months, they got their first contract with a major NGO installing solar panels at a medical facility. As the company grew they began competing against global firms. “At that time, we were

Everything changed in December of 2013 when the civil war broke out. “Juba was a boom town for several years” says Dave Mozerksy, one of the co-founders of Energy Peace Partners. “But the war started, and in addition to the insecurity of the conflict, the economy tanked, and many firms pulled out.” Aptech however, stayed, and soon began receiving tenders for the half-finished projects left by companies which had fled.

One of the contractors they worked with during that time, who could not be identified due to contractual constraints, said they were impressed by Aptech’s persistence and ability to negotiate access on the ground. “It was very common, service providers fleeing or not being able to negotiate,” they say. 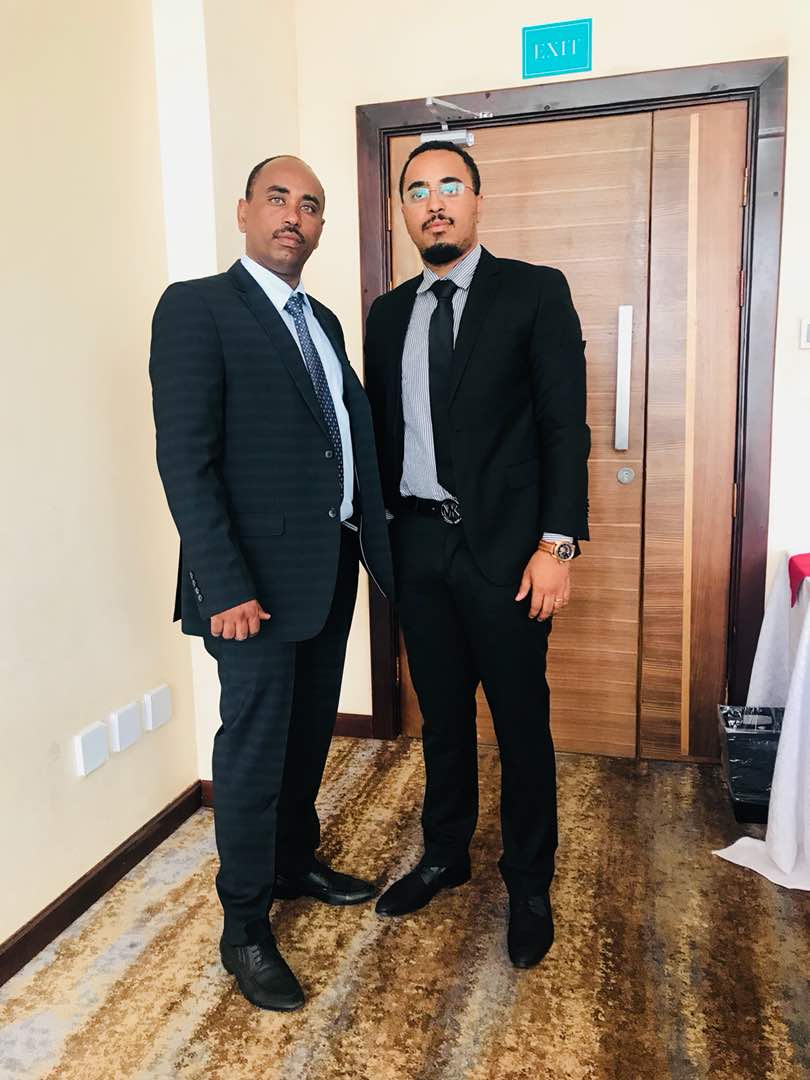 Ghirmay and Metkel after a recent board meeting.

After Aptech’s equipment survived the looting in Juba in July 2016, they began installing the panels, despite the bullets whizzing around them. The project—installing solar energy systems at five teacher training colleges around South Sudan—was completed on schedule, and was still functioning when the contractor left in October 2018. “It was a very successful program,” they say, “one of the few successful ones in 2016.”

Being one of the only firms still operating in South Sudan was profitable, but it also came with risks. At the outset of the civil war in 2013 Aptech lost around $160,000 worth of stock when government forces and rebels captured and looted Bor. Aptech had been registered in Uganda since 2012, and as they began keeping more stock in Kampala as a security precaution, they decided to expand into the competitive Ugandan market.

“There has been a boom in solar over the last five years,” says Joyce Nkuyahaga, CEO of the Uganda Solar Energy Association. “At least 500,000 Ugandan households are now connected to solar.” The bulk of the connections come from pay-as-you-go home kits where customers pay around $10 upfront for a small solar panel, a few light bulbs, and a port to charge cellphones. They pay installments of around $10 until they pay off the system, which usually cost between $100 and $200.

This model is largely dominated by foreign firms or foreign capital. “If you’re doing pay-go you’re essentially giving out a loan,” says Nkuyahaga. “It takes some time to collect on that loan, so how do you survive when you’re waiting to collect? You have to have somebody financing that, so it’s difficult for local firms.”

To compete, companies such as Aptech have to innovate. “While international firms dominate pay-as-you-go, local companies are offering new solar solutions for water pumping, irrigation, refrigeration, cooking and even maize milling,” says Stella Nassali, who works with the US government-backed Power Africa Uganda Electricity Supply Accelerator.

Aptech are currently piloting a pay-as-you-go solar water pump in collaboration with a local firm in Uganda. Instead of paying $1,700 upfront, they offer a system where customers pay off the solar pump over one year with monthly installments of around $140.

While Aptech finds its niche in stable markets, the brothers are building on their experience in South Sudan to expand into other riskier environments such as the Central African Republic and DR Congo.

Financing remains an issue for Aptech. The brothers express frustration that while they have a 100% completion rate, firms with connections to foreign capital get the bids. “There are companies here that are getting $5 million, $10 million,” says a frustrated Metkel. “They prepare a nice proposal with a good photo, but they are not delivering because they don’t know the situation in the field.”

Despite the challenges, Ghirmay and Metkel are optimistic about the future. The plan is to be operating in 13 countries by 2025. When asked about working back in Eritrea, both brothers are effusive, “oh yes, that’s a dream.”