Foreign Ministers of Eritrea, Ethiopia and Somalia left for Djibouti

Asmara, 06 September 2018- Foreign Ministers of Eritrea, Ethiopia and Somalia have travelled to Djibouti.

Upon arrival at the International Airport of Djibouti, the delegation was received by the Ministers of Foreign Affairs, Justice, and Defense of the Republic of Djibouti.

During the discussion he held with the joint high-level committee at his office, President Ismail Omar Guelleh thanked President Isaias Afwerki for the initiative he has taken. President Guelleh stated that Djibouti is ready for reconciliation & normalization of its ties with Eritrea. He also appreciated Ethiopia and Somalia for their role in bringing together Eritrea and Djibouti.

Eritrea’s Foreign Minister Osman Saleh conveyed President Isaias’s greetings to President Ismael Omar Guelleh and underlined that “this is the season for peace in the Horn of Africa and this peace should be inclusive to all”.

Both parties have agreed that both countries will conduct meetings and visits in the future.

The visit is the first initiative of the Joint High-Level Committee established by the three countries at the tripartite summit held in Asmara yesterday. 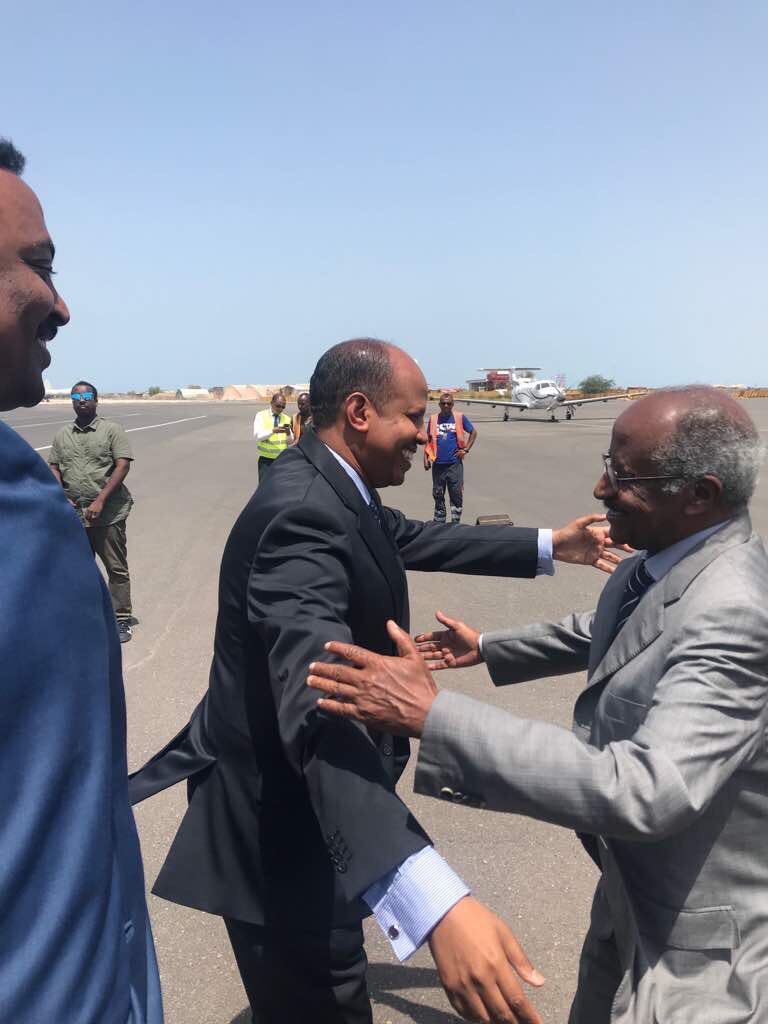 The ministers will also discuss ways to advance peace and security in the region, it was noted.