Addis Ababa February 6, 2021 (FBC) – The Tigray People’s Liberation Front (TPLF) had committed a number of serious offenses under the Ethiopian Criminal Code, according to a taskforce established to investigate crimes committed by the group.

The task force has released an Investigative Report and Findings on Crimes Committed by the TPLF Group on November 3, 2020 and its pre-war preparations prior to the commission of the crimes on the defense force and civilians.

According to the taskforce accountable to the Attorney General, TPLF planned to forcefully control the central government within three months.

Even prior to the political reform that started in 2018, the TPLF ruled Tigray Regional State had been training Special Police Forces and established a military center called Tigray Central Command or Defense Council. In addition to the tens of thousands special police, the group mobilized more than 170,000 troops to lodge the war.

As per the documentary evidences gathered by the investigation team, the Tigray Central Command was supposed to be independent and carry out what is normally the work of the Ministry of Defense.

The EFFORT companies have been particularly involved in fundraising. Mesobo and Trans Ethiopia have been involved in transporting military equipment and food, the task force revealed.

Trans Ethiopia assisted the regional government in transporting fuel from the federal government to deposit it at commercial and underground storage facilities.

On the other hand, the task force stated that there is sufficient evidence this group has been sponsoring national conflicts over the past two years with the view to not only prepare for war but also weaken the federal government.

“There were groups employed by the TPLF to commit crimes in the country. As a result, thousands of people have been killed in ethnic clashes in Benishangul-Gumuz, Oromia, and other regions by groups backed by TPLF,” the report elaborated.

In general, this group has committed crimes to the extent that it covers a number of serious offenses under the Ethiopia’s Criminal Code, the task force underscored.

The investigation has shown that many attempts had been made to dismantle the country, the federation and the state of Tigray, according to ENA.

Moreover, this group had tried to impersonate the de facto state by declaring a state of emergency, establishing defense council and selling bonds, which are the powers of the federal government only, as enshrined in the constitution. 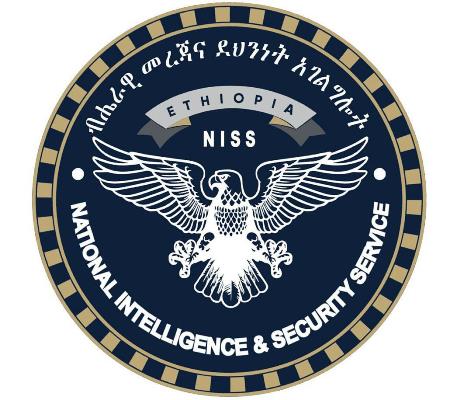 According to a statement issued by NISS following the end of its six-month performance review meeting, the political and military leaders were accused of participating in the anti-peace move of the TPLF junta.

The statement added that the Security Service had also completed collecting and compiling information about 682 members of the junta who took part in criminal activities.

The Security Service gave the information to the security sector so that they will be held accountable, the statement added.

It added measures were taken against 23 employees of the Security Service for abusing their power , collaborating with the junta and misusing information.

It further said the Security Service had gathered information about more than 432 individuals suspected of having link with OLF-Shene, Gumuz militants and other cross border crimes.

As part of efforts to foil terrorist attacks, the Security Service had gathered information about 233 suspects and gave it to pertinent bodies. Some 13 suspects were also arrested, the statement indicated.

According to the statement, the Security Service is working in collaboration with other relevant bodies to make the upcoming general election peaceful.