Addis Ababa, December 21, 2020 (FBC) – The Federal Police Commission said it would work in partnership with the INTERPOL to apprehend accomplices of the criminal TPLF junta for whom warrants were issued and reside abroad. 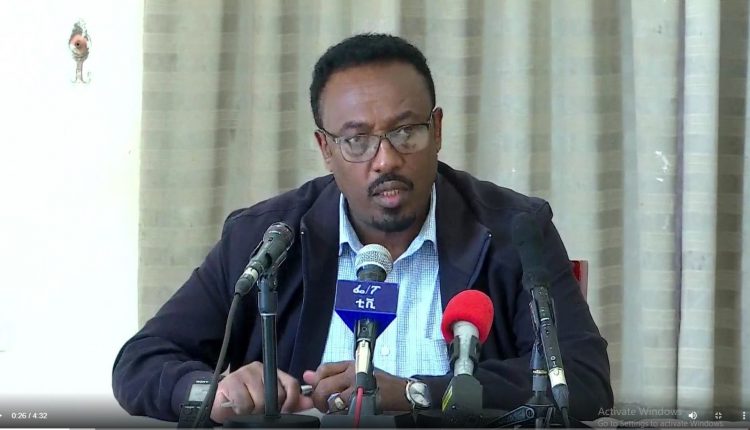 Federal Police Crime Prevention Sector Head, Deputy Commissioner General Melaku Fanta told the media in Mekelle that it had issued arrest warrants for individuals who collaborated with the TPLF junta.


Besides committing heinous crimes against the people, the leadership of TPLF had released criminals from prisons and armed them to terrorize and loot inhabitants of the cities in the region before they fled, he noted.


Moreover, the TPLF junta burnt documents and destroyed computers that contain vital data in government institutions to disrupt the provision of services for inhabitants of the region, the deputy commissioner general revealed.

“This clearly indicates that the group cares the least for the people, except its lust for political power,” he added.

However, Melaku pointed out that the Interim Administration of Tigray has been exerting effort in collaboration with the National Defense Force and the Federal Police to restore public services.

According to him, some individuals are detained and others have been under close watch.

The police have been engaged in hunting down the junta so as to apprehend all its members for whom arrest warrants have been issued, the deputy commissioner stated.

Information on the development of the operation will be disclosed as required and when the process is completed.

The deputy commissioner also disclose that senior federal police officers have arrived in the regional capital Mekele and started regular police operations in major towns of the region.

Many people in Tigray region have accepted the call made by the interim administration and handed over their weapons, it was further pointed out.

The deputy commissioner thanked the local communities for supporting the activities of the Federal Police, according to ENA.