Addis Ababa, September 30, 2020 (FBC) – The Federal Police today held a military parade in Addis Ababa at Meskel Square under the theme “We stand to serve and safeguard our people and country.”

Various programs illustrating police services and readiness were displayed at the event.

The Federal Police Commission has been undergoing comprehensive reforms since 2018 to build its capability of maintaining peace and stability in the country.

The Prime Minister said the reform will continue until it is up to the standards of the present day.

He also appreciated the police force for serving the people tirelessly and defending the constitution.

Addis Ababa, September 30, 2020 (FBC) – Prime Minister Abiy Ahmed has pledged that the nation will continue a reform underway to build nonpartisan and principled army adherent to national interests of the country.

In his speech at the festival organized by the Federal Police under the theme “First Concern for People, Nation”, the Prime Minister said the capacity built by the Federal police coupled by the maneuver it performed today has added an impetus to the reform endeavors underway in the nation.

The Federal Police have devoted his life for social and economic welfare of the people, the premier underlined on the occasion.

The government is committed to enable the Federal Police discharge its responsibilities effectively in terms of safeguarding interests of the people and the nation at large, Prime Minister Abiy noted. 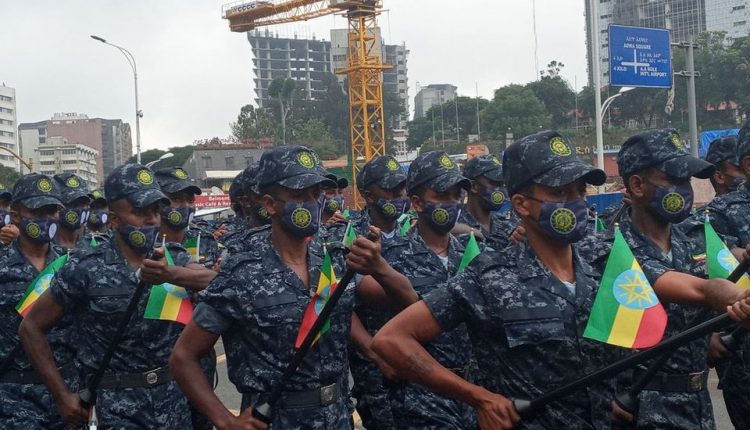 “I assure you that the government is committed to keep moving forward with national reform endeavors underway in the country”, the premier stressed.

Efforts will continue to equip the police army with technologically advancements and skills of data collection and analysis capabilities, the Premier added.