Susan Rice Was a Diplomatic Disaster

In its 2011 World Report, Human Rights Watch noted the following about Ethiopia under the rule of Prime Minister Meles Zenawi: The ruling party had won parliamentary elections with 99.6 percent of the vote. Supporters of opposition parties endured months of constant intimidation. Journalists and human-rights activists had been forced to leave the country. And hundreds of political prisoners were “in jail and at risk of torture and ill-treatment.”

Meles died the following year. Susan Rice, then the Obama administration’s ambassador to the United Nations, flew to Addis Ababa to deliver a eulogy. “Prime Minister Meles was an uncommon leader, a rare visionary, and a true friend to me and many,” she said. While briefly allowing that the two could disagree on issues of democracy and human rights, she showered the deceased strongman with praise. He was, she said, “uncommonly wise,” “brilliant” and “selfless.”

“I suspect we all feel it deeply unfair, to lose such a talented and vital leader so soon, when he still had so much more to give,” she said.

Days later, the U.S. consulate in Benghazi was set ablaze by terrorists; four Americans were killed; and Rice became notorious for offering some factually challenged talking points regarding the cause of the attack. That performance likely sank her chances of succeeding Hillary Clinton as secretary of state. But it’s her overall record as a U.S. diplomat in Africa that should be examined more closely as she is among the final few whom Joe Biden is considering as a running mate.

Until Benghazi, Rice’s record in Africa was probably best known for a remark she reportedly made in the early days of the 1994 Rwandan genocide, as the Clinton administration dawdled over its response. “If we use the word ‘genocide’ and are seen as doing nothing, what will be the effect on the November [congressional] election?” she asked during an interagency teleconference, according to an account by Samantha Power. Rice claims not to remember saying this, but admits that, if she had, it would have been “completely inappropriate.”

Rice was later named assistant secretary of state for African affairs during Bill Clinton’s second term, and became a champion for a new group of African leaders then seen as dynamic, democratic and reform-minded: Ethiopia’s Meles, Eritrea’s Isaias Afwerki, Rwanda’s Paul Kagame, Uganda’s Yoweri Museveni. Some of these leaders did improve health and living standards. Meles in particular was a staunch ally against Islamist terrorism. Otherwise, all became ruthless autocrats.

What followed was a succession of African tragedies and U.S. policy fiascos. In 1998, a calamitous war broke out between Ethiopia and Eritrea. Rice and an administration colleague were sent to mediate.

“What is publicly known,” according to a judicious 2002 analysis by Peter Rosenblum, “is that Rice announced the terms of a plan agreed to by Ethiopia, suggesting that Eritrea would have to accept it, before Isaias had given his approval. He responded angrily, rejecting the plan and heaping abuse on Rice. Soon afterward, Ethiopia bombed the capital of Eritrea, and Eritrea dropped cluster bombs on Ethiopia.”

Nearly 100,000 people were killed in the war that followed. But that wasn’t the biggest debacle. Starting in 1998, several million people died in what came to be known as the second Congo war. It began when Rwanda and Uganda invaded the Democratic Republic of Congo, partly to clear out Hutu refugees and militia who had been behind the 1994 genocide, and partly to gain control of Congo’s vast mineral wealth. In Congressional testimony, Rice strenuously denied that the United States had encouraged the invasion.

There is reason to be skeptical. The former New York Times correspondent Howard French, who covered West and Central Africa, noted that Rice seems to have taken the view that the best U.S. policy was to “look the other way” as Rwanda and Uganda went to war. Rice later consulted for Kagame’s government when she was out of office, and gave him diplomatic cover when she was at the United Nations.

“After delaying for weeks the publication of a United Nations report denouncing Rwanda’s support for the [Rwandan-backed rebel group] M23 and opposing any direct references to Rwanda in United Nations statements and resolutions on the crisis,” The Times’s Helene Cooper wrote in 2012, “Ms. Rice intervened to water down a Security Council resolution that strongly condemned the M23 for widespread rape, summary executions and recruitment of child soldiers.”

Since her relatively youthful tours of duty in the Clinton administration, Rice has filled higher offices and, presumably, acquired more seasoned judgment. It was interesting last year to see her attack the Trump administration for its decision to pull troops from Syria, given the Obama administration’s own record of nonintervention in the country. Maybe she’s more of a conservative internationalist — or a Kissingerian realist — than she lets on.

Still, a few facts about Rice seem to have endured. She has been a sycophant to despots. She has been inept in her diplomacy. She has played politics with human rights and played realpolitik with the truth. There are potential running mates who can broaden the appeal of Biden’s candidacy — and protect it against attack. Rice isn’t one of them. 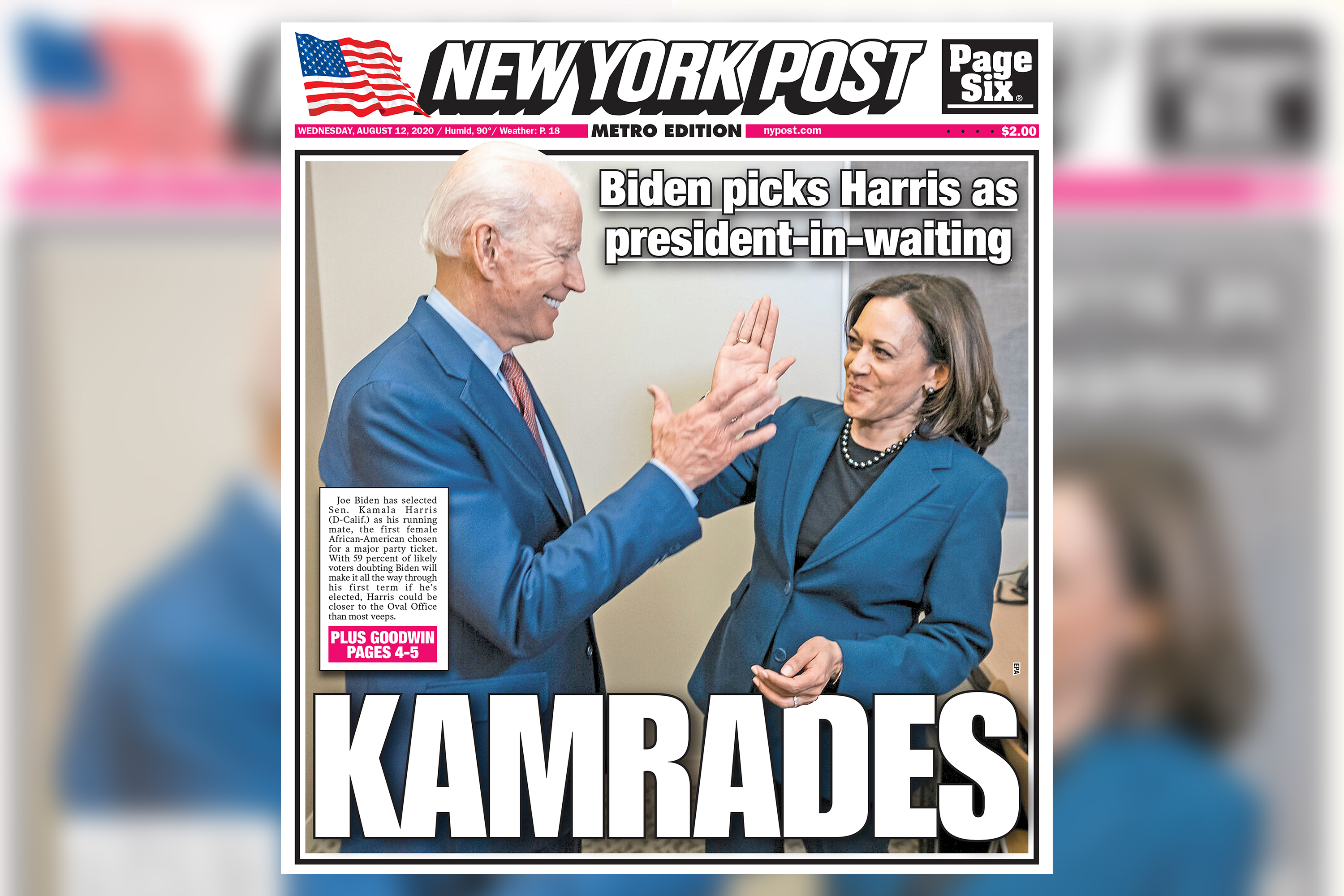