‘He was a gift of God’: Ottawa community mourns death of a young leader, role model

Abel Mengistab was, at just 20, a dynamic community activist and leader, a role model and a champion of social causes who was naturally able to inspire others to make the world a little better. He was, said one family friend, “a gift of God.”

A third-year student in Carleton University’s public affairs and policy management program, Abel was co-chair of the university’s NDP club. Ottawa Centre MPP Joel Harden, on whose campaign Abel worked, said he was reminiscent of a young Jack Layton or Paul Dewar.

“We’ve seen this kind of politician before in our city, in Paul Dewar.

“The reason this hurts so much, and I don’t just mean for New Democrats, but just for progressives in our city, is that he was the real embodiment of the kind of politics we want: less snark, less sniping, less blind partisanship.

“He was very ambitious, curious and heart-forward. He really did remind me of a young, Black, Jack Layton. He was happy, and exuded this energy that made people want to work with him. And he had an absolute love and willingness to work with people. 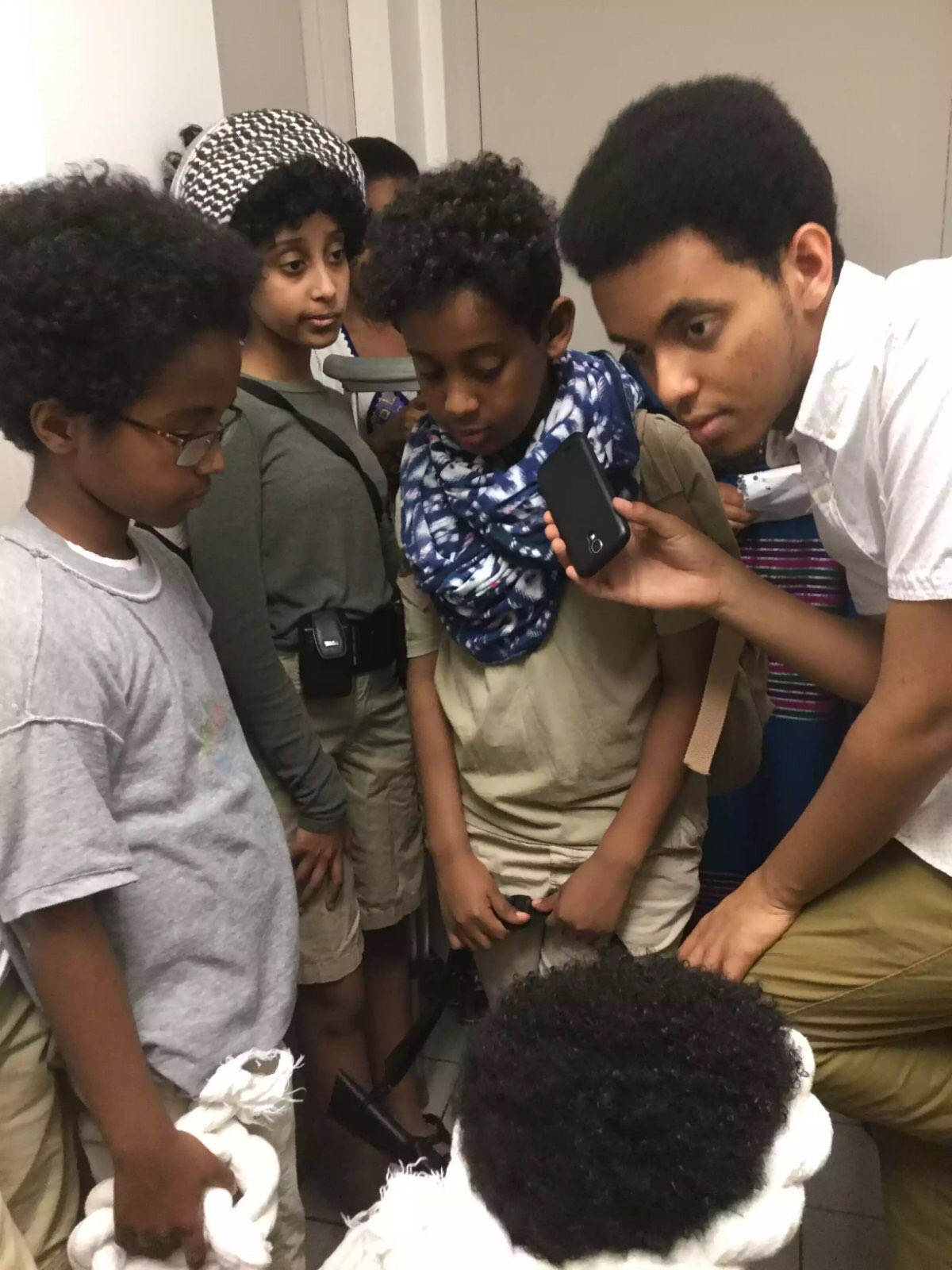 “And when you can exude that kind of energy in politics, you really raise the game, and there’s not enough of that in politics. He really lifted people up.”

Abel died last Thursday evening when he was struck by a bus. A memorial service, being held for him at noon on Thursday, can be viewed on St. Mary Coptic Orthodox Church’s YouTube channel.

When it came to election canvassing, whether for Harden, Ottawa Coun. Rawlson King, or Nepean NDP candidate Zaff Ansari, the latter for whom he served as campaign manager, Abel always volunteered to go to residences, such as rooming houses and lower-income apartment buildings, where voters are often most disdainful of politicians.

“Doors get slammed in your face sometimes,” said Harden, “and he would volunteer for those doors. I think we’re going to be feeling the impacts of this for a long time.”

King agreed, noting that Abel would, during a winter campaign, take the bus from his home in Nepean to King’s Rideau-Rockcliffe ward, then take another bus or walk to wherever he was canvassing.

“He stood out because he was excited to see the potential of a Black person being elected to office,” he said. “His heart was in working on progressive campaigns, and he saw that we were focused on poverty reduction and increased social services, and wanted to help. He wanted to go to those high-needs neighbourhoods because he wanted to see real (representation in) government of people who often feel they’re not represented.”

Ansari noted that Abel’s core was rooted in such values as social justice, equality and youth employment.

“When I first entered politics in 2018, he was only 18 and was my campaign manager. He was doing my social media and going door-to-door with me. He was writing my speeches.

“I knew zero about politics when I got into it, and he taught me about the issues. He was very talented and smart.”

At his church, Abel was an ordained deacon, and was preparing to be a servant, or teacher.

“He was a leader,” said Father Marcos Morcos, whose ordainment as a priest took place on the same day in 2014 that Abel became a deacon. “He would come early to church to help prepare the liturgy for prayers.

“People in the Eritrean community have told me he was a role model for their youths,” added Morcos. “But he didn’t just serve his Eritrean or church community, he wanted to serve everyone. He was a very amazing person.”

Morcos said that apart from his school studies and church involvement, Abel also worked at an area shelter. When the novel coronavirus pandemic struck, Abel, he said, was told to go home, where he would still be paid. “But he said no, he couldn’t be paid if he wasn’t working. And so he kept on working.”

One friend, David Simon, said Abel was “legitimately one of the nicest and friendliest people I’ve ever known” who “always approached politics through a lens of compassion and with a goal of helping other people.

“So few people exemplify traits like kindness, empathy, respect the way Abel did, and he had a unique way of getting other people to exemplify these traits themselves. He made a genuine connection with almost everyone he ever met, and I know he’s going to be severely missed by so many people.”

A GoFundMe page in Abel’s memory describes him as “loving, bright and inspirational.” It speaks volumes that the page, intended to raise funds for Abel’s parents and for projects to honour him, has in its first day raised well over $25,000, easily exceeding its original goal of $10,000.

“He was respectful and humble, and he loved helping people, especially children and those less fortunate.”

He was not, Asfaha added, simply a role model for youngsters, but also for those older than himself. “He didn’t see colour; he saw humanity. He had a miracle touch.