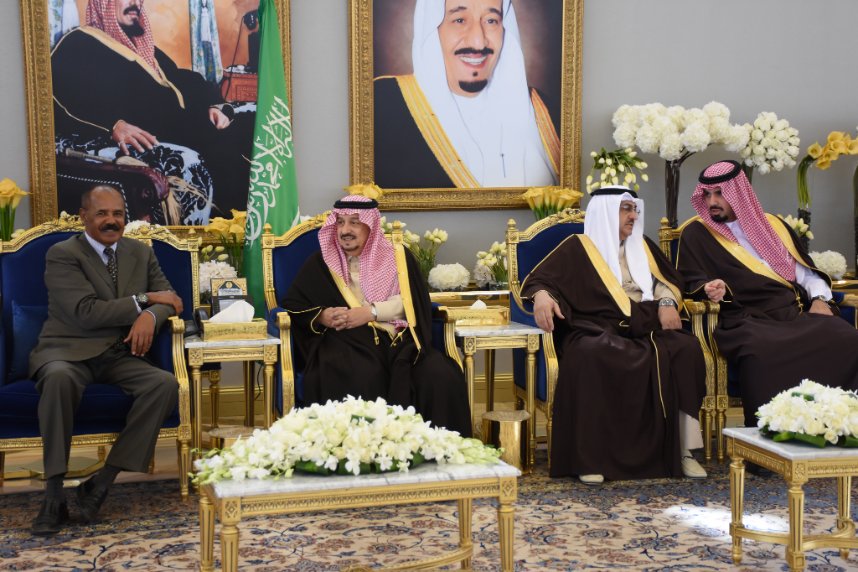 Upon arrival at the King Khalid International Airport in Riyadh, President Isaias and his delegation was accorded warm welcome by Prince Faisal bin Bandar bin Abdulaziz, Governor of Riyadh region, and other senior Saudi Government officials. 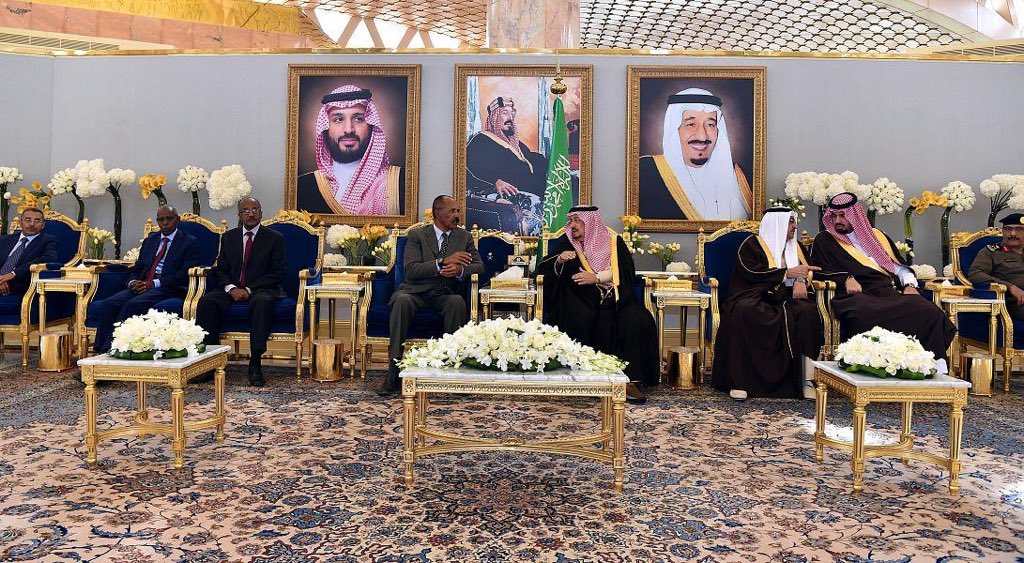 King Salman stressed the long-standing relations and vital common interests between the two countries and the readiness of Saudi Arabia to strengthen mutual cooperation. 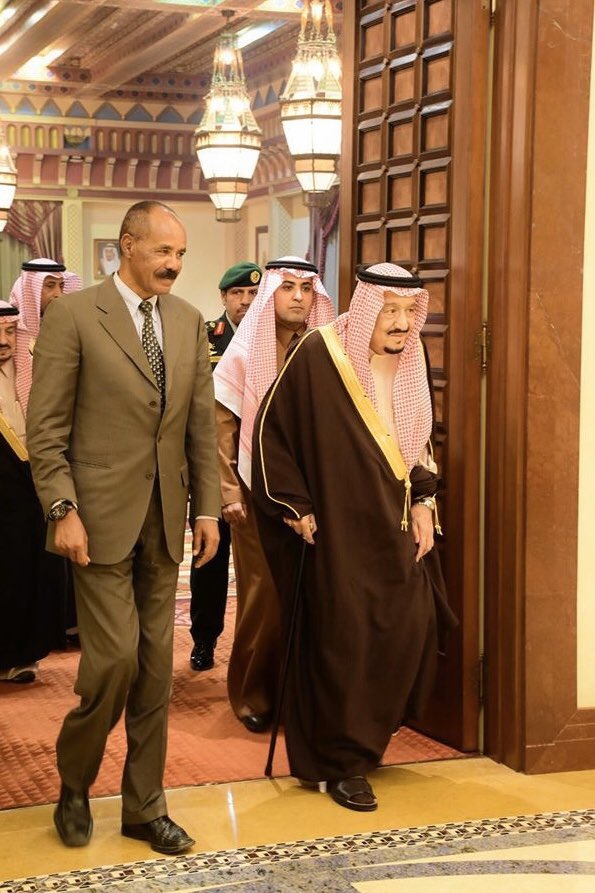 President Isaias Afwerki on his part thanked King Salman and the Kingdom of Saudi Arabia for their solidarity with Eritrea and added that Saudi Arabia and the countries of the region have primary responsibility for peace and development of the neighborhood.

King Salman also applauded Eritrea’s role for peace and regional cooperation in the Horn of Africa and the Red Sea.

During his stay in Saudi Arabia, President Isaias will discuss with various officials of the Kingdom on strengthening bilateral relations as well as on regional and global issues of interest to the two countries. 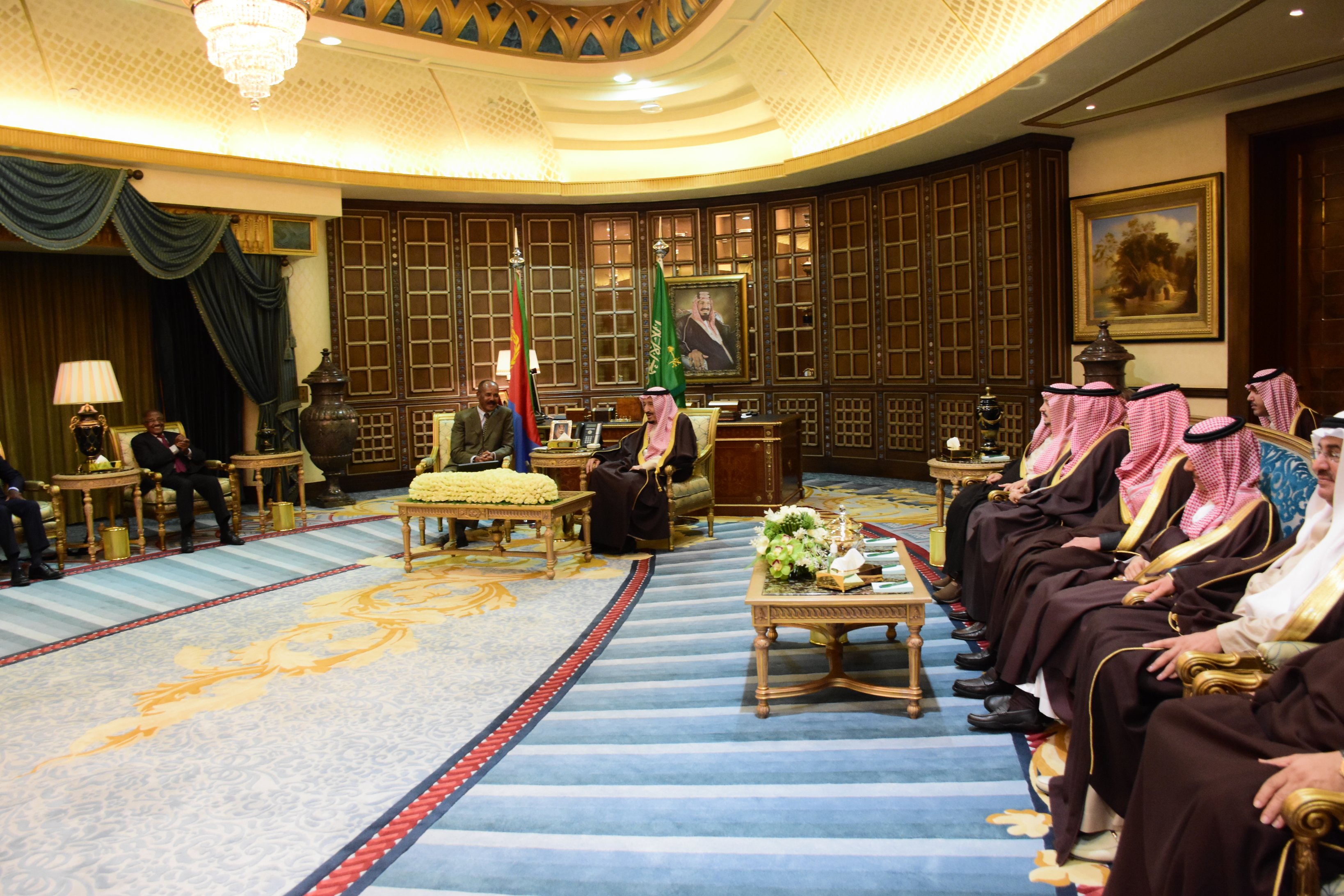