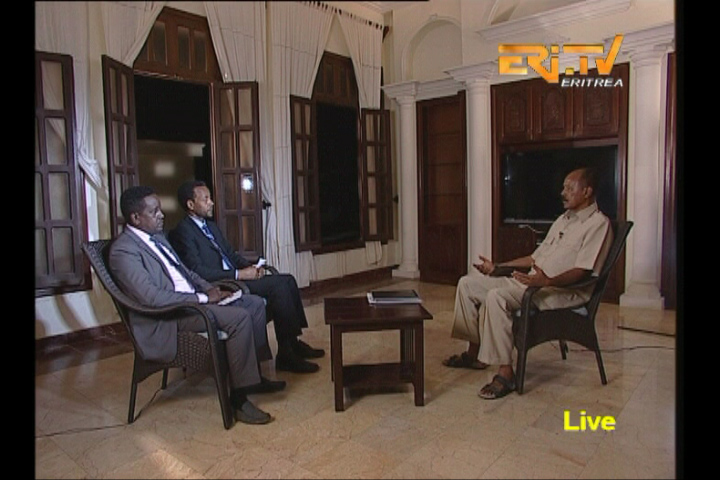 Massawa, 10 February 2020- In the second part of the interview with Eri-Tv and Radio Dimtsi Hafash, President Isaias Afwerki gave detailed elaboration on the underlining rationale and phase by phase implementation of new salary scale in the civil service, housing programs for 2020, infrastructural programs to enhance wealth creation and priority development projects for 2020.

Regarding the phase by phase implementation of the new salary scale, President Isaias noted that speculative and illicit practices and the subsequent inflationary pressures had rendered the previous salary scale almost nominal.

Eventually, President Isaias said that the Government of Eritrea introduced, in tandem with the redemption of the new Nakfa currency, a new five-tier salary scale ranging from 1800 for the lowest rung, to 4000 for the first degree holders as starting benchmarks pending full appraisal of the consumer price index and other vital economic parameters.

President Isaias went on to say that, discrepancies in the implementation that may cropped up in the past for those in the lowest rung will be rectified this year in retroactive manner. The remaining phase will be implemented with the completion of the ongoing study on relevant economic variables, President Isaias added.

On housing, President Isaias noted on the Government of Eritrea lofty objectives of launching and incrementally expanding the nation-wide programs of home ownership of citizens was not successful in spite of the various initiatives.

President Isaias further noted that the Government of Eritrea will pursue this objective with vigor but in 2020 more focus will be given to the completion of the programs already underway.