Asmara, 20 November 2019- The Ministry of Agriculture branch in the Southern region reported that the locust swarm that was detected in the sub-zones of Tsorena, Adi-Keih, Segeneity, Senafe and Mai-Aini was put under control.

The locust swarm has inflicted no damage on crops and grazing areas.

According to report, the locust swarm that came across border from Ethiopia was put under control through coordinated effort by the residents, the Ministry of Agriculture, members of the Eritrean Defense Forces and other partners.

Indicating that the early preparation and timely response has significantly contributed in the effort to control the locust swarm before inflicting damage, Mr. Hagos Haile, head of Seeds Health Safety in the Southern region Ministry of Agriculture branch, said that constant follow up is being conducted.

Mr. Hagos also said that the timely report by the residents and members of the Eritrean Defense Forces on the prevalence of the locust has contributed in the success of the program. 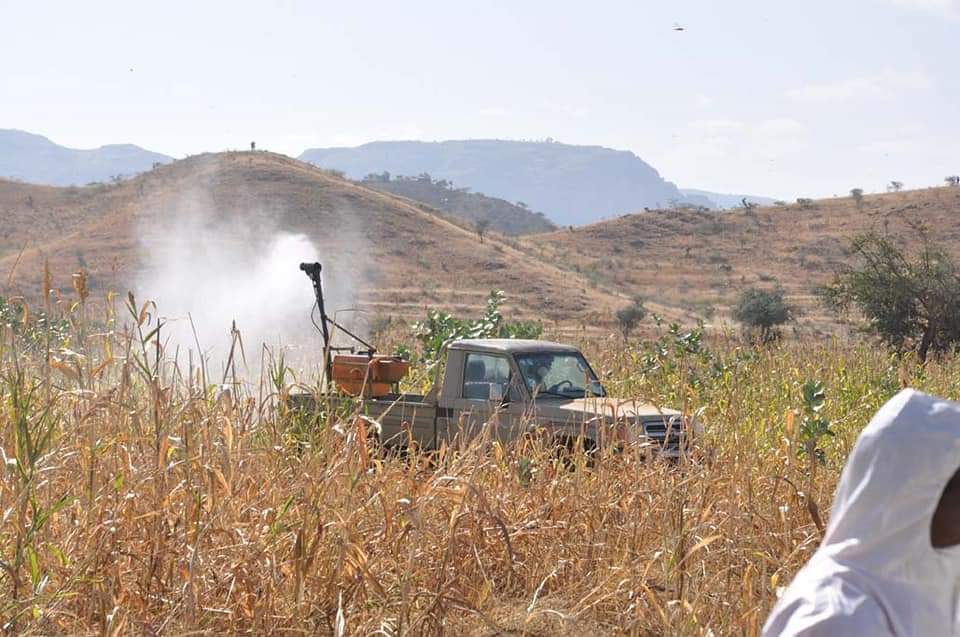