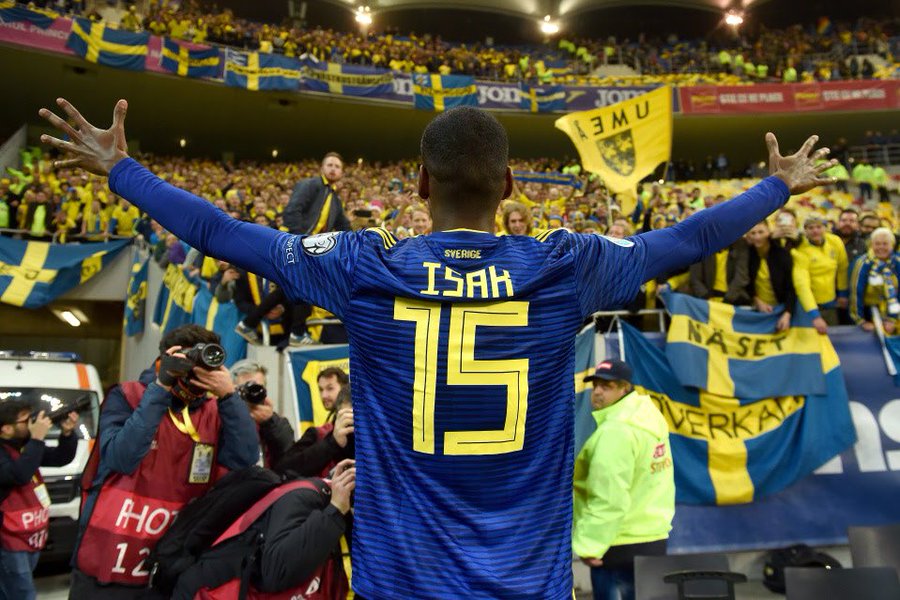 The game was stopped by the referee as the first step of UEFA’s new protocol was enacted and the 20-year-old was subsequently booed by the home supporters every time he touched the ball.

Isak came off the bench for Sweden in the 78th minute and was met with the abuse almost straight away.