Alexander Isaac Tells About His Emotional Journey to Eritrea: “The Love I Received was Incredibly Lovely”

Alexander Isaac tells about the emotional journey to Eritrea: “The love I received was incredibly lovely”

Alexander Isak’s parents are from Eritrea and this summer he visited the country.

For Voetbal International , he now tells about the trip there and how he feels that he also represents Eritrea.

– The week there gave me a feeling that I had never known before, says the 19-year-old.

He was born and raised in Solna. But with parents from Eritrea, Alexander Isak also has ties to another country than Sweden. Dutch Voetbal International has now portrayed the 19-year-old, who in an interview tells about the feelings about Eritrea.

Voetbal International writes, for example, how to ask Isak questions about the comparisons made between him and Zlatan Ibrahimovic, and that the forward, even though he looks up to Zlatan, has not had the LA Galaxy star as his great role model and idol during his career. Instead, it is another player with Eritrean roots who is Isaac’s real hero: Henok Goitom, his former teammate in AIK.

Isak describes how Goitom helped him something “huge” and he also tells about the journey he made to Eritrea last summer. Then he visited the country for the first time, according to Voetbal International.

– It was a short trip, I was only there for a week, but it was wonderful. I visited a football school and kicked the ball with the kids there. When I saw how happy those kids were for a while … the love I received was so incredibly lovely. Eritrea is not a rich country and many are struggling. So I am very happy that I could contribute a little to their happiness, says Isak. 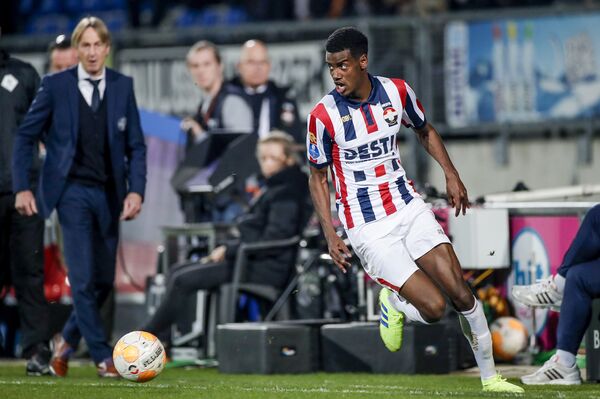 On Instagram, Isak published a picture of his visit to the capital Asmara, when he met the children he played with football. To it wrote the forward:

“Happy to have met Eritrea’s future. So talented and humble. Seeing them laugh is something special.”

Isak doesn’t say much about Eritrea. He lacks insight into the political situation and the lack of human rights in the country.

However, the trip there was special to him. For Voetbal International, he tells how everyone recognized him and knew who he was. Now he is also mentioned among the really big sports stars who are connected to Eritrea.

– It feels special. When it comes to football, it is me and Goitom who are the most famous eritreans. Sure, I am Swedish but it feels great to also be able to represent my parents’ country. The week in Eritrea gave me a feeling I had never known before, says Isak.

He feels grateful to have experienced what he did in Eritrea.

– A smile is worth so much more than material things, and that I can contribute it is priceless.