RUSSIA Dispatched TROOPS to Venezuela | U.S. Gets a “RED LINE”

The Russian Ministry send An-124 transport aircraft, IL-62M jet airliner and more than 100 boots to Caracas, against the backdrop of growing between Venezuela and the U.S.

What arrived in containers is still unknown. the cargo plane arrived in Venezuela from Moscow

Russia Gives United States a Red Line On Venezuela, Moscow will not tolerate American intervention to topple the government. 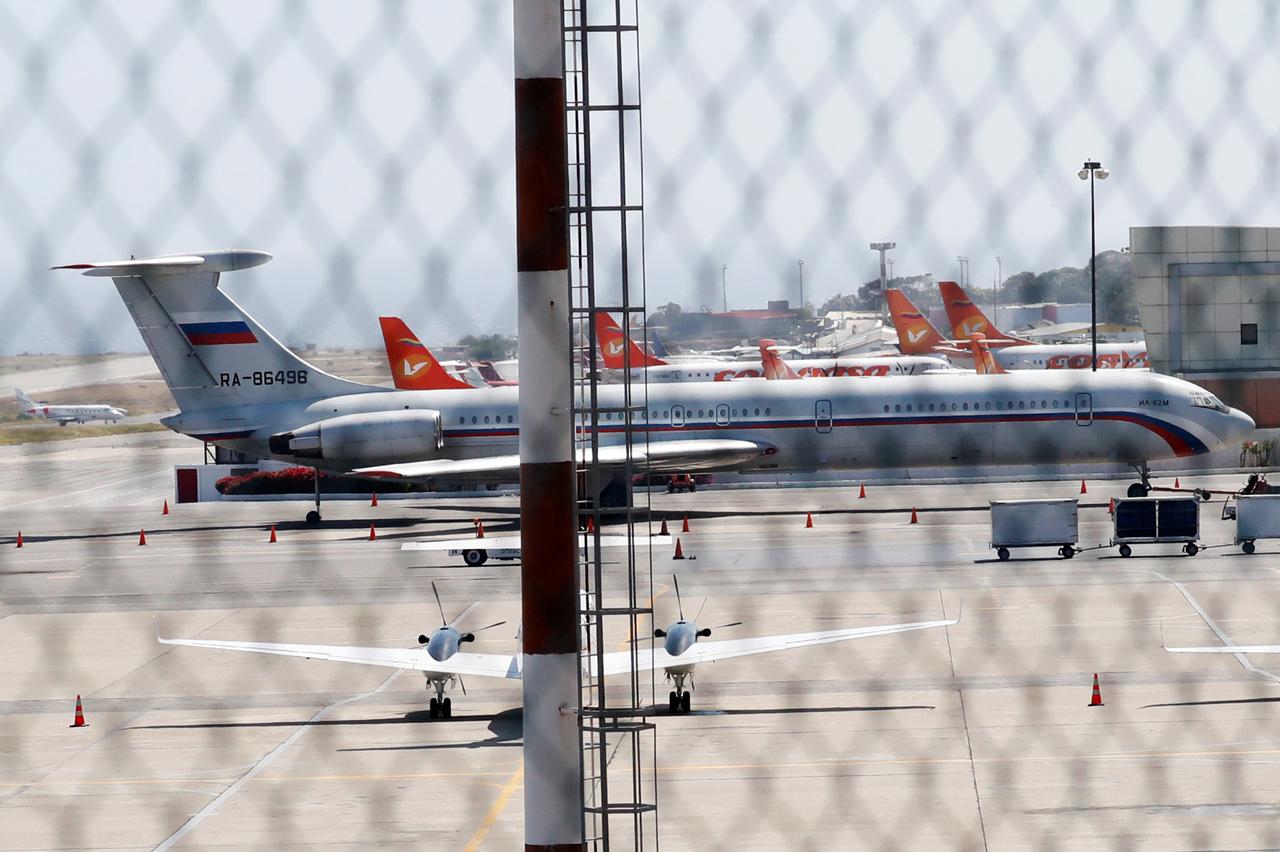 That comes three months after the two nations held military exercises on Venezuelan soil that President Nicolas Maduro called a sign of strengthening relations, but which Washington criticized as Russian encroachment in the region.

Reporter Javier Mayorca wrote on Twitter on Saturday that the first plane carried Vasily Tonkoshkurov, chief of staff of the ground forces, adding the second was a cargo plane carrying 35 tonnes of material.

An Ilyushin IL-62 passenger jet and an Antonov AN-124 military cargo plane left for Caracas on Friday from Russian military airport Chkalovsky, stopping along the way in Syria, according to flight-tracking website Flightradar24.

The cargo plane left Caracas on Sunday afternoon, according to Adsbexchange, another flight-tracking site.

“Russia has various contracts that are in the process of being fulfilled, contracts of a technical military character,” Sputnik quoted the source as saying.

A Reuters witness saw what appeared to be the passenger jet at the Maiquetia airport on Sunday.

Venezuela’s Information Ministry did not immediately reply to a request for comment.

The Trump administration has levied crippling sanctions on the OPEC nation’s oil industry in efforts to push Maduro from power and has called on Venezuelan military leaders to abandon him. Maduro has denounced the sanctions as U.S. interventionism and has won diplomatic backing from Russia and China.

Maduro on Wednesday said Russia would send medicine “next week” to Venezuela, without describing how it would arrive, adding that Moscow in February had sent some 300 tonnes of humanitarian aid.

Venezuela in February had blocked a convoy carrying humanitarian aid for the crisis-stricken country that was coordinated with the team of opposition leader Juan Guaido, including supplies provided by the United States, from entering via the border with Colombia.