A tripartite summit comprising Eritrea, Ethiopia, and the UAE gets underway in Abu Dhabi

Such efforts are vital to achieving comprehensive and sustainable development for all peoples globally, He said.

Shaikh Mohamad’s remarks came during the commencement of the tripartite meeting on Tuesday, at the Presidential Palace in Abu Dhabi.

Earlier, the prime minister of Ethiopia Abiy Ahmad and the President of Eritrea Isaias Afwerki were accorded a warm welcome at the Presidential palace in Abu Dhabi on Tuesday by Shaikh Mohammad Bin Zayed.

Mohamed bin Zayed presents the Order of Zayed, conferred to the President of Eritrea and Prime Minister of Ethiopia in recognition of their work for peace between the two nations. pic.twitter.com/LyAAl3ushm 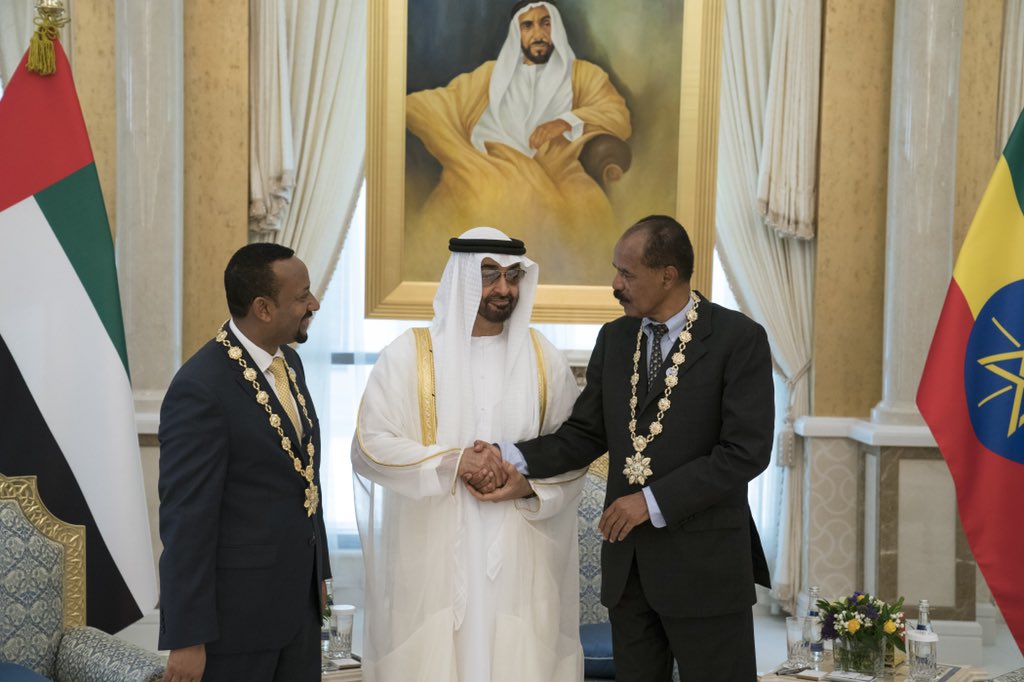 A number of ministers from the UAE and other top government officials were present on the occasion along with the ambassadors of various countries.

Eritrea and Ethiopia were at war for almost twenty years before they established diplomatic relations earlier this month. The UAE played a significant role in bringing the two warring nations together.

The prime minister of Ethiopia and the President of Eritrea were welcomed by Shaikh Mohammad at the Presidential palace in Abu Dhabi.

In a tweet on Tuesday, Abu Dhabi crown prince said, “A tripartite summit comprising Eritrea, Ethiopia, and the UAE gets underway in Abu Dhabi.”

The bold & historic step taken by the leaders of the two neighbouring countries to end the conflict and open new horizons for cooperation and joint coordination is a model that can be followed in resolving conflicts around the world. pic.twitter.com/tTLmGGB4F7 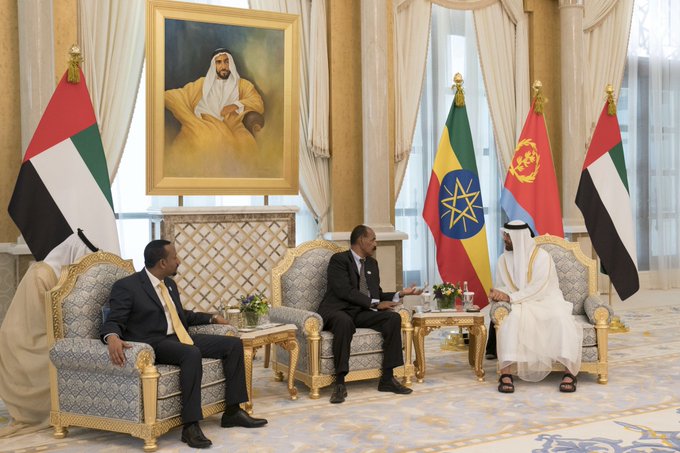 Shaikh Abdullah Bin Zayed Al Nahyan, Minister of Foreign Affairs and International Cooperation, has welcomed the re-establishment of diplomatic ties between Ethiopia and Eritrea in a statement on Wam on July 9.

Shaikh Abdullah said, “The re-establishment of diplomatic ties will have a positive impact on the security and stability of the two countries in particular, and the Horn of Africa in general.”

The UAE and KSA are key supporters of any effort aimed at achieving peace, security and stability that serves the interests of the people of the region and enhances security. pic.twitter.com/c0UIW9jbzL 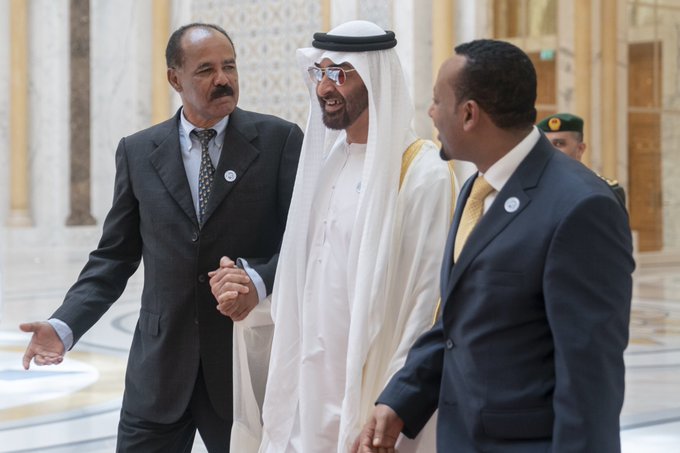