Ban of Eritrean Conference in Holland Was Unjustified, Court

DEN BOSCH – Mayor Jack Mikkers should not have banned the Eritrean conference in Veldhoven last year. That is what the Den Bosch District Court says.

‘The police have a broader task nationally than just maintaining public order in Veldhoven.’ With those words from a team chief of the police, Mayor Jack Mikkers abandoned himself in April last year when he decided to ban the three-day  Eritrean conference at conference hotel Koningshof. The court in Den Bosch ruled on Thursday that Mikkers did not make sufficient efforts to continue the conference despite serious disruptions of public order. For example, the mayor should have asked the police more explicitly whether extra police deployment was available and when it could be on the spot.

The conference in Koningshof was organized by the Dutch Eritrean Foundation  for the Youth People’s Front of Democracy and Justice (YPFDJ). That is the youth branch of the only permitted political party in Eritrea. Yemane Gebreab, adviser to the Eritrean president, would be the guest of honor. That was wrong with Kubrom Dafla Hosabay. This former Deputy Minister of Finance of Eritrea fled to the Netherlands in 2009 and called for a protest against the arrival of Gebreab. Almost 130 Eritreans gathered on the 13th of April, one day before the start of the conference, in front of the Koningshof entrance. 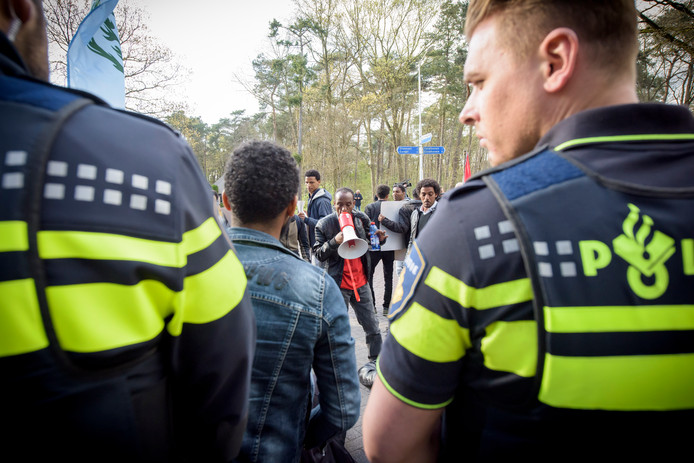 In the hours that followed, the situation got seriously out of hand. At the beginning of the evening, the police ordered the demonstrators to leave. When this did not happen, about 120 demonstrators were arrested. Reports on social media about new demonstrations and a negative advice from the police subsequently led Mikkers to ban the conference by means of an emergency order.

According to the court, the risk of serious disorder may be a reason to issue an emergency order and the advice of the police may weigh heavily in this decision. But that does not alter the fact that the mayor must first assess whether there are reasonable alternatives to the emergency order, according to the court. Mikkers should have checked how many additional agents were needed and within what period they would be available. According to the court, a report from the complaints committee shows that Mikkers did not consider these questions ‘irrelevant’. The report also shows that the team chief of the police told the mayor that extra effort was time-consuming and should be viewed with the necessary sense of reality. Statements that should have prompted Mikkers for further questions, the court states. And that did not happen.

Bart-Jan Walraven, lawyer of the  Eritreans Platform is satisfied with the ruling. He expects his client to take a case in the short term to recover the financial loss suffered from the municipality of Veldhoven. “Then you have to think about an amount of about two tons.”