Man Killed Wife, then Himself in Allentown Murder-Suicide

Man killed woman, then himself in Allentown murder-Suicide, Coroner Says

A man killed his wife in their home on South 15th Street in Allentown and then killed himself two hours after police arrived to investigate, the Lehigh County coroner’s office said Wednesday.

Lwam Tesfamariam, 26, of Allentown, was killed on Monday night, sometime after 11:30 p.m., but police were not called to her townhouse at 402 S. 15th St. until 4 p.m. Tuesday, Coroner Scott Grim said.

An investigation determined that she was stabbed and possibly asphyxiated and the manner of her death was homicide.

While police were investigating at the house, they were dispatched two hours later two blocks away, where they found the woman’s husband had hanged himself in an apartment at 24 S. 13th St., authorities said.

Grim determined Ambes Weldeabzghi, 35, died of suicide and noted that Allentown police and the Lehigh County district attorney’s office are “are satisfied that Mr. Weldeabzgh was responsible for the death of Ms. Tesfamariam.”

Officials said the couple recently moved to the United States. Grim said he believed they were from Eritrea. 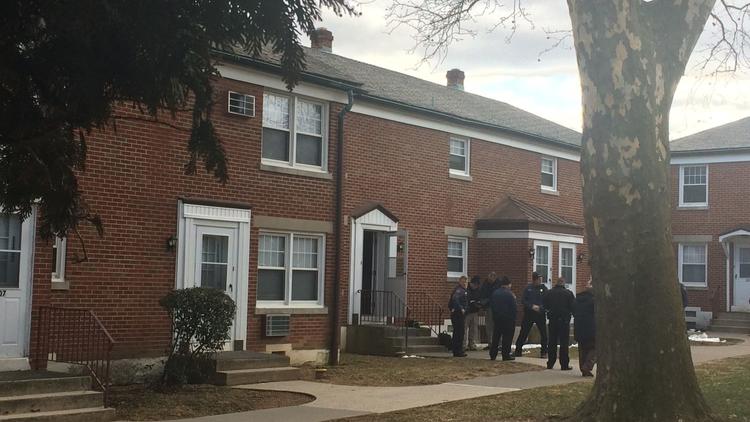 A report of the woman’s death brought several police cars to the 15th Street townhouse complex, just north of Martin Luther King Drive, where she lived with several other people. A small courtyard shared by the woman’s home and several other townhouses was sealed off by police tape during the investigation.

Police escorted a few of the woman’s housemates down a walkway to a nearby parking lot to talk with them about 4:45 p.m. Neighbors appeared confused and curious about the police presence.

Late Tuesday night, no one answered the door at the woman’s home. A couple next door said they were aware a woman died, but they knew nothing about what happened to her.