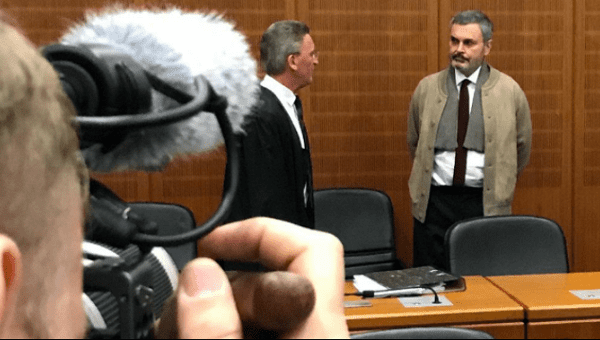 On Wednesday, John Ausonius, a Swedish convicted killer also known as “the laser man,” was sentenced to life in prison for the 1992 shooting death of 68-year-old Blanka Zmigrod, a Holocaust survivor.

Ausonius, who gained his nickname because he used a rifle with a laser sight, has been serving a life sentence in Sweden since June 1992 for his 1991-1992 racially motivated killing spree in Stockholm. According to reports, Ausonius killed one person and injured 10 others during his shootings — his victims were from Eritrea, Iran, Brazil, Greece, Syria and Zimbabwe.

The case of Zmigrod’s murder was reopened in 2014 over speculation that German neo-Nazi group National Socialist Underground was using Ausonius’ methods to commit their own killings, enacted between 2000 and 2007, according to the prosecution. His killing spree is also thought to have inspired the attacks by Anders Breivik and Peter Mangs.