A United States Congressman has insinuated that Ethiopia’s dominant party, the Tigrayan Peoples Liberation Front (TPLF) is on its way out of power.

The other two were the Eritrean ambassador to Japan and one Neamin Zeleke, an expert on political and security ongoings in the Horn of Africa region. Rohrabacher represents the people of California’s 48th District. He is a known advocate on rights issues in Ethiopia. 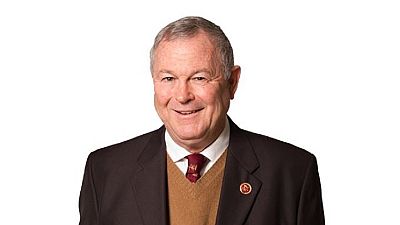 The AFP correspondent for Ethiopia, Chris Stein, added that the Congressman had also issued an ultimatum for government to allow U.N. rights monitors entry to probe rights issues.

He added that Addis Ababa had till February 28 to allow the monitors or face a formal condemnation vote by the House of Representatives.

Ethiopia is currently under a state of emergency imposed hours after the resignation of Premier Hailemariam Desalegn. The ruling EPRDF of which the TPLF is a member will meet to decide his successor.

The measure, the second in under two years, has been criticised by foreign allies including the United States and the European Union. Other diplomatic missions have tasked the government to respect the rights of citizens whiles enforcing the measure.