Some 1,400 migrants were pulled to safety in the Mediterranean on Tuesday, while rescuers recovered two lifeless bodies from boats attempting the perilous crossing, Italy’s coast guard said.

The Spanish charity Proactiva Open Arms said it had come to the aid of an overcrowded boat carrying some 400 people in extremely dangerous conditions, and one of the dead was a child.

Vessels belonging to the Italian police and coast guard, the EU’s anti-trafficking mission Sophia and Proactiva launched 11 separate rescue operations to save people from seven dinghies, three small wooden boats and one large one.

Proactiva said there were 175 women and 75 children among those it rescued, adding that they had spent “too many hours crammed into two levels in terrible conditions. (The boat) could sink at any moment”.

Those rescued had been “breathing death,” it added. “An unbearable sight. A dead child, and there may be more. More innocent corpses for the death toll of shame,” it said on Twitter in Spanish.

Nearly 1,000 people have been rescued and brought to Italy since the start of the year, down 60 percent on arrivals registered in the same period last year, according to Italy’s interior ministry. 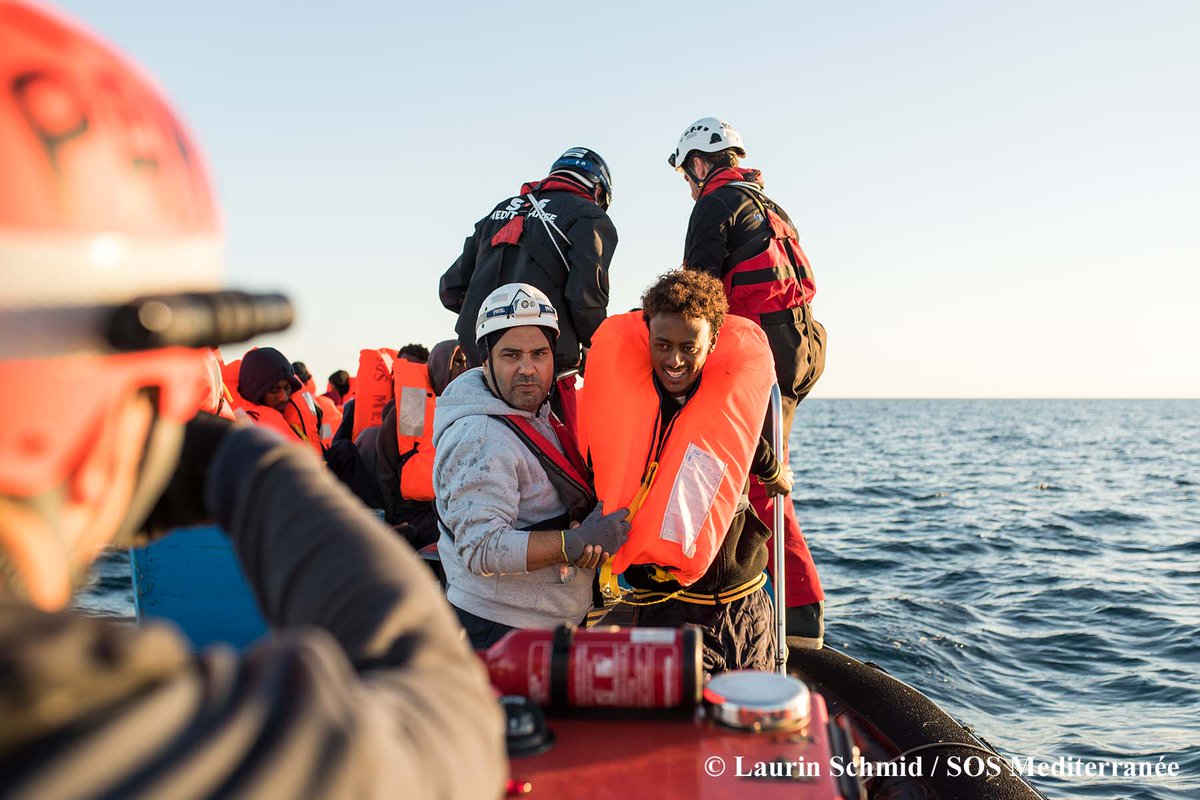 The numbers being plucked from rickety boats has dropped significantly since Italy forged a controversial Brussels-backed deal last summer with forces in Libya to block migrants from setting out for Europe.

The UN’s refugee agency said 173 people have died attempting the crossing from North Africa in 2018.