Some 200 social activists face 50 pro-deportation groups in south Tel Aviv to protest against a government plan to remove Eritreans and Sudanese migrants; ‘We are pluralists,’ anti-deportation activist says.

Brawls broke out on the streets of south Tel Aviv Tuesday evening as some two hundred social activists opposed to Israel’s deportation of Eritreans and Sudanese migrants packed the streets of the city’s south, where they clashed with around 50 Israelis supporting the governmental measures.

“Israel wants deportation,” “Deportation or prison,” and “Neither a refugee or a victim, only an invader and infiltrator,” chanted the crowds in support of what they consider long overdue action by the government to finally take the matter in hand. 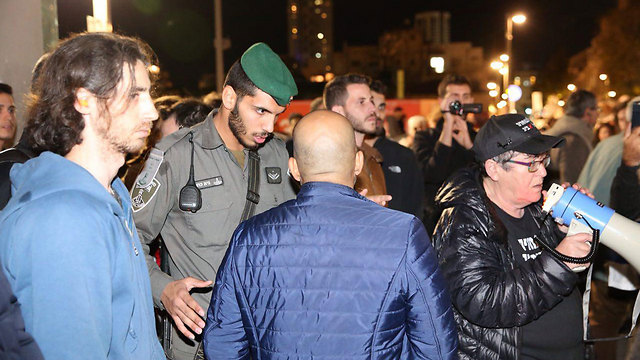 Police blocked off traffic from the roads where the demonstrations were staged.

Since the government’s plan to remove the migrants from the country went into effect, south Tel Aviv became the epicenter of for and against protesters, with placards giving voice to the two sides being hung around the area over the last few days.

With plans for supporters and opponents preparing to meet on the streets and vocalize their positions, police were instructed to secure the area amid fears that violence could erupt.

Yigal Rambam, who led the protest against deportations said that members of “the front for the liberation of south Tel Aviv” were not wanted in the area. 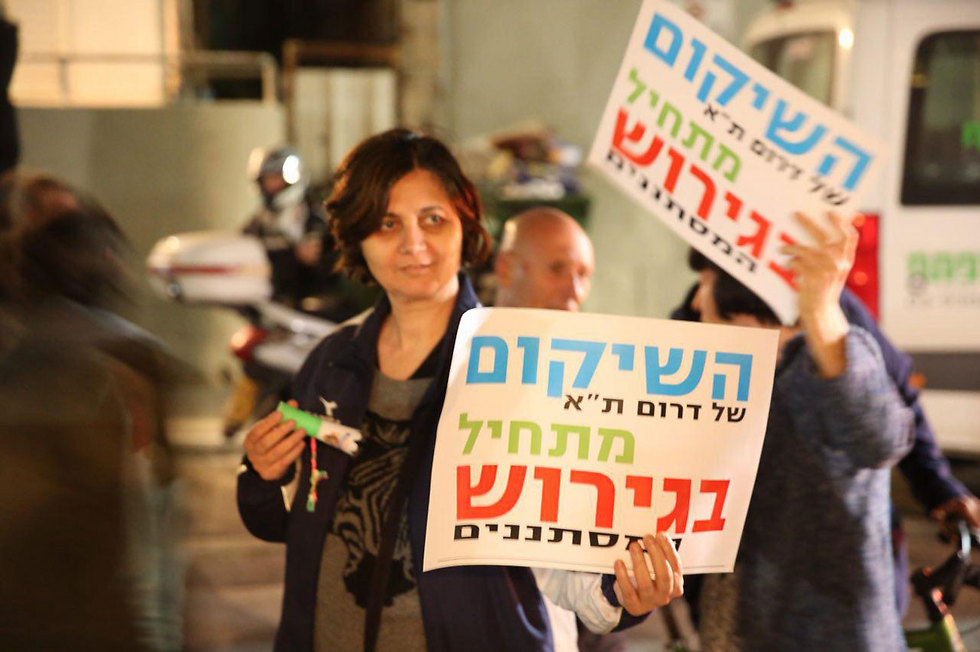 “Your place is not here. We are pluralists, 35,000 people from Africa won’t bother you. In Israel black people have never been liked,” he said before accusing them of “fighting against weak people without a status. It’s shameful.”

The social activists were also joined by members of the migrant community themselves. Johnny from Eritrea said he was unable to return to his country, adding that he would seek asylum elsewhere given the option.

“I can’t go to my country. If I could go to Sweden I would. I am here because I have no choice. Let me be in Israel because I can’t be anywhere else,” he pleaded.

“My dream is to not live here and I want to go back to my country, but I can’t. There is a dictator in Eritrea and if I had the option I would immediately leave,” he continued. “We managed to have a revolution in Eritrea for nine years but we need more time.”

Johnny’s assertions, however, were met with anger from of the protesters, who accused him of being a coward by not fighting for his country and leaving his family behind.

Sheffi Paz, who was leading “the front for the liberation of south Tel Aviv” protest, said that her movement had ceased long ago to stage protests in the street, and had instead decided to dedicate its efforts toward rehabilitating the neighborhoods.

“We fought for them to deport the infiltrators and the moment that the plan began we needed to give the authorities time,” Paz explained. “We need now to invest the majority of our time and resources in rehabilitating the neighborhoods and in the war against the people who support asylum seekers in Tel Aviv who will try and prevent the deportations in any way they can.”

With the arrival of some 27,000 Eritreans and 7,700 Sudanese—who flocked to Israel through its once porous southern border—south Tel Aviv underwent one of the most conspicuous demographic makeovers, as migrants flocked to the area, raising concern among many of the residents.

Since the mass arrival of the migrants, Israel constructed a huge barrier that stemmed the tide of illegal immigrants, granting the government the respite it sought to deal with the influx.

Israel said last Wednesday it would pay thousands of African migrants living illegally in the country to leave, threatening them with jail if they are caught after the end of March.

The vast majority come from Eritrea and Sudan and many say they fled war and persecution as well as economic hardship. Israel treats them mostly as economic migrants.

The plan offers African migrants a $3,500 payment from the Israeli government and a free air ticket to return home or go to “third countries”, which rights groups identified as Rwanda and Uganda.

The UN urged Israel not to proceed with the plan, saying that it would offer help in resettling the migrants elsewhere.