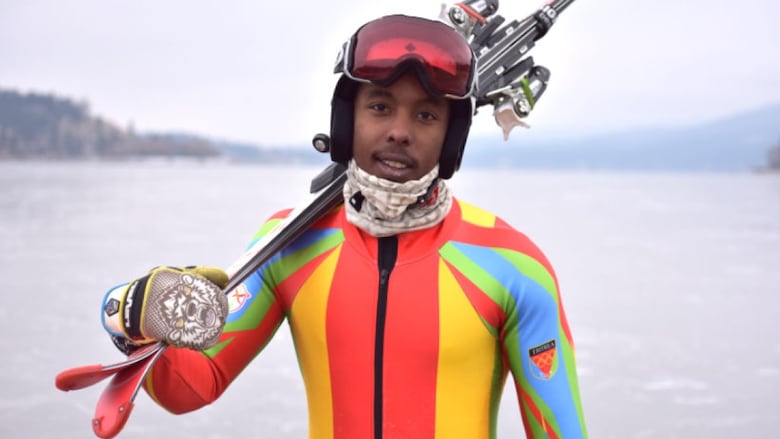 Shannon-Ogbani Abeda will soon don a ski suit hued with the vibrant colours of the Eritrean flag as the country makes its Winter Olympic debut this February.

Born and raised in Alberta by immigrant parents from the East African nation, the 21-year-old has spent most of his life nestled in the Rocky Mountains and grew up barrelling down its powder-white slopes.

Although oceans away from the native land his father and mother fled in the early 1980s when they came to Canada as refugees, the computer science student says he wears both national identities with pride.

“I have grown up here with a lot of friends who are Canadian but I also have that connection inside to who I am as an Eritrean,” says the Calgary-based Abeda, who made the decision to compete for his parents’ birth country in 2011. “I’ve been very humbled by the response and support I’ve received, especially from the Eritrean-Canadian community. They look up to me and I never imaged myself being in that position.”

Qualifying for the 2018 Winter Olympics in South Korea in both the slalom and giant slalom events, Abeda who in addition to training is taking courses part-time through Athabasca University and the University of Calgary, has secured his spot on the Eritrean team under alpine skiing’s so-called basic quota rule. It grants all National Olympic Committees the right to enter one male and one female competitor, provided they meet the minimum performance standard. 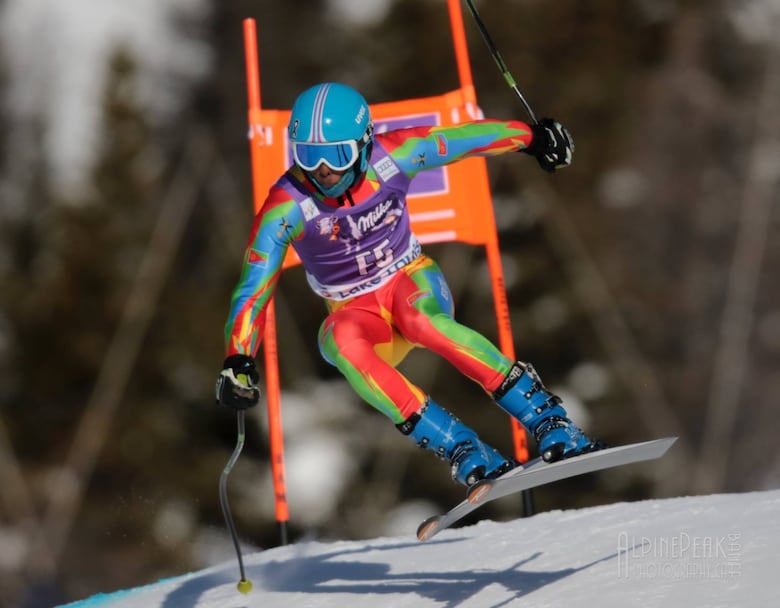 It has been an arduous journey for the second-generation Canadian, who first came onto the world stage at 16 years old, representing Eritrea at the 2012 Youth Olympics in Innsbruck, Austria. He says that event opened his eyes to the level of international competition he’d be facing.

After overcoming the disappointment of not qualifying for the Sochi Games in 2014, a knee injury a year ago put Abeda’s 2018 Olympic dream in jeopardy. Due to the physical and mental tolls of the injury, he says he went through a period of uncertainty about his future in the sport, but he managed to persevere.

“It was a very difficult process to get where I am today,” Abeda says about his six-year journey to the Games. “I’m still trying to let it sink in that I qualified and that I will be fulfilling my Olympic dream.”

Known mostly in sport for the Summer Olympic disciplines of distance running and cycling, Eritrea was an Italian colony before being annexed by Ethiopia in the 1950s. The nation regained its independence in 1991 and made its Olympic debut in 2000. It won its sole medal in 2004 when runner Zersenay Tadese captured bronze in the men’s 10,000 metres.

Flooded with messages of support from Eritreans across the globe, the pressure to perform has at times weighed on Abeda. But he says his parents have been a constant source of support, assuring him that although this marks a significant moment in their country’s history, it’s primarily a personal victory for him as an athlete.

For Abeda’s mother, Ariam, and father, Walday, having a son compete for a country rattled by war and still so close to their hearts in some ways brings the Calgary family’s story full circle.

“Eritreans have gone through 30 years of war where a lot of people lost their lives,” says Walday, an engineer working in the Alberta oil and gas industry. “Now with Eritrea being its own country, our children and our grandchildren can represent it. That’s good for Eritrea and also for other first- and second-generation immigrants who might be encouraged to get involved in winter sports.

“We’re looking forward to Shannon inspiring kids from other nations that don’t have snow to dream that they can represent their country of birth or their parents’ country and we’re excited about that.”

Abeda has little chance of winning a medal, but coach Helmut Spiegl believes the now-healthy skier should still have a strong showing when he hits the slopes in South Korea.
“The goal will be to make the final,” says Spiegl. “It will be a difficult task but definitely possible.”

Born in Austria, Spiegl has lived in Canada for 35 years and has coached for both the Canadian and Australian national teams. He has worked with Abeda for the last five years and says the two have developed a strong bond.

“A very exciting moment for us was going to an Eritrean tailor in Calgary to get measured for our Eritrean traditional outfits,” says Spiegl who is scheduled to march with Shannon under the Eritrean flag during the parade of nations at the Games’ opening ceremony. “I’ve known the [Abeda] family for many years now and we’ve grown close. For me to be a part of this occasion is going to feel very special.”