Marking the launch of its first-ever aerial evacuation mission, on Thursday the Malta-based Migrant Offshore Aid Station (MOAS) flew 74 vulnerable refugees out of Libya as part of a UNHCR evacuation scheme. The refugees, accompanied by MOAS staff, left Tripoli’s Mitiga Airport at 10pm local time, arriving in Niamey, the capital of Niger, in the early hours of Friday morning.

Vincent Cochetel, the UNHCR’s Special Envoy for the Central Mediterranean Situation, said: “I am happy to report that a group of 51 children, 22 women and one man have been successfully evacuated from Libya and are now safe in Niger. Less than 24 hours ago they were still detained in Libya, but they can now hope anew.” He added: “This evacuation could not have happened without the support of the authorities and of our partners, including MOAS, in Libya.”

The refugees, all of Eritrean or Somali nationality, will be accommodated in guesthouses in Niamey. The children will stay in dedicated centres, where appropriate assistance, psychosocial support and recreational activities will be available. UNHCR processing will then aim to identify the best resettlement option for each individual. 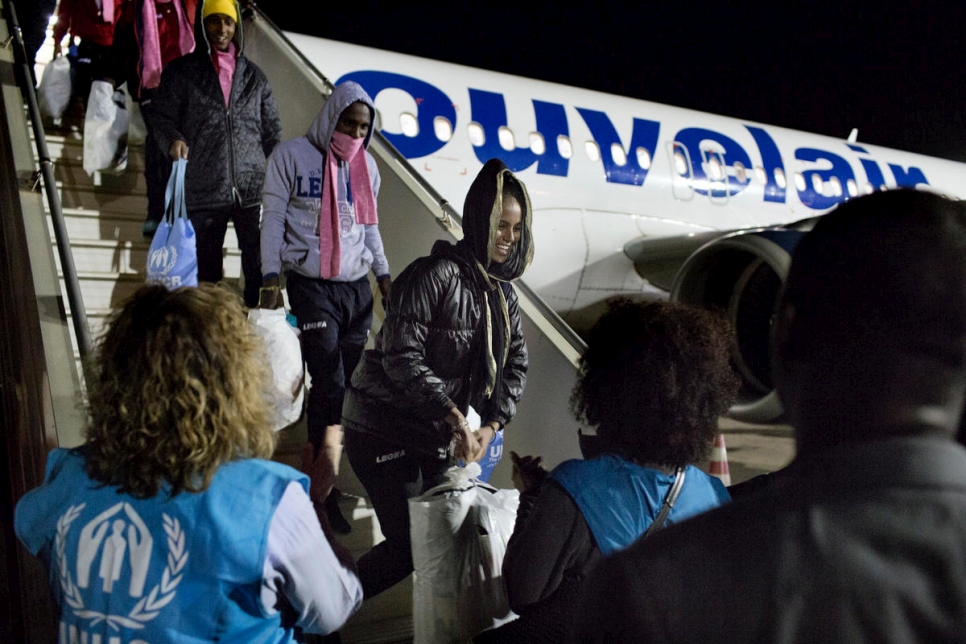 On Monday, the UNHCR launched an urgent appeal asking for 1,300 resettlement places to be made available for refugees in Libya before the end of March 2018. In line with its firm commitment to seeking long-term solutions to Europe’s migration crisis, MOAS will provide expert operational support and assistance with evacuation flights.

MOAS founder Christopher Catrambone said: “These evacuation flights represent an evolution of MOAS’ services to refugees who find themselves in peril,” referring to the fact that refugees are held in detention centres in Libya. “Thanks to great coordination efforts between MOAS and the UNHCR, we have been able to succeed in mitigating their suffering and providing them with hope and dignity,” he added.