Video | Eritrea’s Information Minister: “A Swedish Citizenry Does Not Give any Special Privileges.”

Eritrea’s information minister: “A Swedish citizenry does not give any special privileges.”

New life signs from Asmara. Eritrea’s information minister argues in an interview with Martin Schibbye that a solution to the issue of Dawit Isaak must also provide a solution for all arrested in 2001.

At the top of a mountain overlooking the capital of Asmara, Eritrea’s information department is located. The building is on a cliff that symbolically hoveres over the city.

Since 2001, the Swedish-Eritrea journalist Dawit Isaak has been locked up without prosecution or judgment. Something that caused the UN to accuse Eritrea of ​​crimes against humanity.

Information Minister Yemame Gebremeskel is used to talking about the case and is also one of those that can affect his destiny.

But he thinks that the case has gotten too big proportions.

“To reduce the relationship and the historical relationship between our countries to a misunderstanding about Dawit Isaak is unfortunate and unfair,” said the information minister at his office.

Dawit Isaak’s alleged crimes are according to the minister, not his journalism, or his views – without being part of the opposition group G-15.

“He was in a group as we accuse us of treason so that he can not be separated from the group.

I think the outside world would be very positive if you only showed a life sign from him, a hairline? Or did anyone meet him?

“The problem is: Why is this a case that Sweden drives so hard that it almost risks the entire EU cooperation with Eritrea? He is one of 15 people we charge for something serious, so why should Dawit be separated from that group? We look at his case as we look at the other eritreans arrested in 2001.

But if you look forward – is there any solution in the future for the group? Any time frame for a trial?

“It’s not me who can answer it, I can only talk about it in abstract terms and point out that we can not apply discrimination or specialize him only because he is also Swedish, when it’s a whole group it’s about. So what do you do then?

Yes, what are you doing?

“He is treated like the rest of the Eritrea, that he has a Swedish nationality does not give any special privileges. 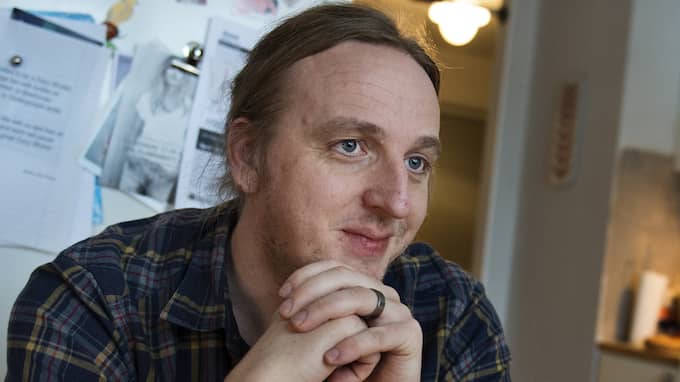 Martin Schibbye has just returned from Eritrea and is working on a new, longer series of reports from the country. The above statements are part of further interviews with the ministers that addressed several issues and will be published in the future.

Sweden should focus on getting Ethiopia to comply with international law and withdraw from the territories they occupy in Eritrea. Then the detained journalist Dawit Isaak can get a trial, Eritrea’s Justice Minister Fozia Hashim said in an interview with Martin Schibbye in Asmara.

Outside there is no guard or sign indicating that this is where parts of the country’s political leadership is sitting.

In the staircase up to Minister Fozia Hashim’s spacious offices on the second floor of the Ministry hangs an iconic picture of imaginative female soldiers who storm up a hill during the long war of independence.

But 26 years have passed since victory and no general election, a free press, and with a military system for forcing thousands of aircraft, the UN unveiled the country’s “comprehensive and systematic human rights violations” last year as a crime against humanity.

Something that dismisses the government here as “unfounded” and “politically motivated” allegations.

After a period of questions and discussion about it and the situation in Ethiopia, I wonder if Dawit Isaak, arrested in his home on September 23, 2001, still lives.

– Who then? Does the Justice Minister ask?

“We have talked about him for several years, his case has become more political than legal, so I can not say so much in the capacity of the Minister of Justice. It is not a question whether he lives or not. All I know is that people are talking about him, but they do not present his case in our courts, “said Fozia Hashim.

She does not explain what “they” are talking about him or who fail to present his case in court.

Dawit Isaak has never been charged and the government of Eritrea has not allowed anyone to meet him.

– As an eritrean, he can both seek protection and be charged with the judicial system in Eritrea. I know. But I do not have details.

But it has been so many years without a trial. He has a family, a daughter who has already filled 20 without his father.

– Everything will be resolved in a trial. That’s basic. But why does the outside world look so much on individual destiny, why not look at the whole picture? We have laws relating to national security and they are very clear – so instead of discussing an individual, Sweden and Eritrea should be as two nations solve the fundamental problems: what happens to the determined border conflict with Ethiopia, what happens to the sanctions? asks Fozia Hashim.

During the morning, the UN Security Council with numbers 11-4 has voted for further sanctions against the country.

Even Sweden has voted for the sanctions something that the minister noted.

Even though she does not allow Dawit Isaak to act as a political hostage to claim concessions from Sweden, she is clear that it is not her responsibility as Minister of Justice that Dawit Isaak will have her case tested.

According to her, it is a matter for the president and the foreign minister.

“What I can promise is that the justice of an Eritrean context will eventually win. We are working on building institutions in Eritrea so that we can continue to celebrate the proud historical tradition of law-abiding citizens and law enforcement institutions.

So the question will be resolved within the Eritrean justice system?

– Yes of course! When the case comes to court, they may say that “these are my rights” and “this is the law to be followed.” We’re working on it.

The Justice Minister is aware that Eritrea’s Foreign Minister Osman Saleh made a statement that a trial was the next step for the prisoner in 2001 – but she can not go into details about when or how such a trial could take place.

“We are in a process where we ensure that our institutions are strong so that we can enforce our laws against criminal acts,” said Fozia Hashim remarkably irritated about getting questions she regards as political and not legal.

On September 23 this year, 16 years had passed since Dawit Isaak was imprisoned.

Martin Schibbye has just returned from Eritrea and is working on a new, longer series of reports from the country. The above statements are part of further interviews with the ministers that addressed several issues and will be published in the future.