Saron: I Was Sold as a Slave in Libya

Saron was sold as a slave in Libya 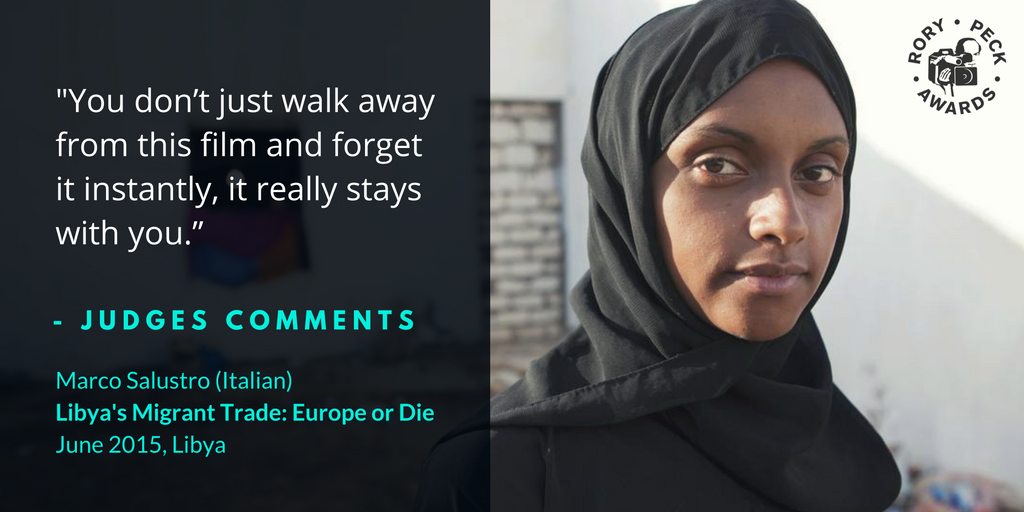 18-year-old Saron Getachew has been imprisoned, slaughtered, sold as a slave, threatened to life and drowning in the Mediterranean during his struggle for a safe life in Europe. On Saturday she, along with thousands of others, protested on Sergel’s square against the present-day slavery in Libya.

In February 2015, Saron Getachew flew from the harsh conditions in Eritrea. But for the then 15-year-old girl, the road to freedom and security in Europe would mean months of heartbreaking experiences and she finds that the road to Europe far from everyone ends happily.

“There are so many who will not tell their story. Everybody has their destiny and everyone will not be able to get to Europe, “she said thoughtfully.

She left her native country and fled through Sudan to the border with Libya. And as soon as she reached the border, she understood how deeply the corruption is among the local police.

“The smugglers and police cooperate. And so, one must also beware of robbers and the Islamic state. If you see a car as you go through the desert you have to fly fast, she says about the crossing of the border.

The situation wasfurther aggravated when she was arrested by the Libyan local police in May 2015. She was placed in prison in the capital Tripoli together with about 100 women and around 600 men. Many of these were, like Saron Getachew, Christian Eritreans, considered by the Muslim guards as lower standing. Every day, Saron Getachew saw his accomplices be beaten and tortured. At regular intervals, prisoners are killed.

The guards drank alcohol and smoked marijuana all the time. After a while, the water was flushed and ended up worrying.

She was succeeded on several occasions and also witnessed how four young men tried to escape and then were beaten hard to eventually be killed. At one point, one of the guards directed a gun against her head and threatened to kill her.

After just over three months in prison, she was sold to a refugee smuggler who would keep her slave if her family did not buy her. Her one brother, who has lived in the United States for many years, had to pay 6000 dollars for her freedom. She was smuggled to Italy in a boat that was sinking in the Mediterranean, but was rescued by a German rescue force. A few months later, in October 2015, she eventually reached Sweden.

On Saturday she participated in the demonstration on Sergel’s square where thousands of people protested against the present-day form of slavery that has arisen as a result of the African refugee crisis. Saron Getachew says it’s important that politicians act all over the globe to put an end to slavery and racism. Thousands of people in Stockholm and at dozens of other places in Sweden expressed the same attitude at 13 o’clock.

The Stockholm manifestation went well, but from late on, Uppsala later reported that Nazi Nordic resistance movement had abusive protesters.