Alexander Gauland wants to “recapture the people”. He lost the constituency against a CDU politician with refugees in the house.

Frankfurt (Oder). The gloomy forebodings and warnings of the party friends were not fulfilled. Refugees, some had prophesied that Martin Patzelt would be able to pay the mandate. Patzelt, CDU Bundestag deputy in Brandenburg since 2013, gave two Africans to his homeland – and he regained his constituency on September 24th. Against the AfD top candidate Alexander Gauland.

It was the competition of two men in the seventies with completely opposing policies. “I do not want to go to the crypt with them, and I do not want to lead the voters there,” Patzelt told his opponent, Gauland, at the first meeting.

There were very few encounters between the AfD frontman and the Christian Democrat from the slightly suspended region near the Polish border. In the constituency 63 Frankfurt (Oder) – Oder-Spree, some argue that Gauland’s discussions there in the province were under his dignity. He apologized for missing time. “I would like to have measured with him, I trust the power of my arguments,” said Patzelt on Monday of our editorial office. 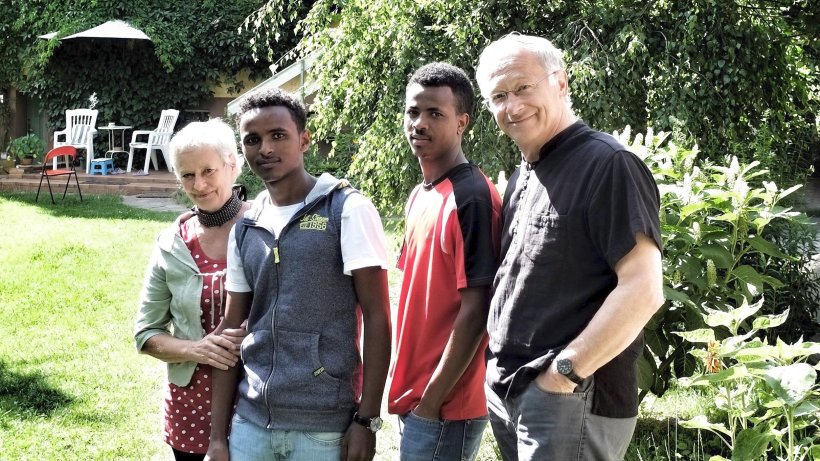 “In our approaches to solutions, worlds separate us”

At a reception in Frankfurt, Patzelt, former mayor of the city, had approached the top candidates from the federal policy: “They want to take away my constituency,” he told Gauland. From this came the replica, Patzelt very well “medial already perceived” to have. They were thus on the topic of refugees, which had brought Patzelt nationwide in the headlines.

There are many similarities in problem perception, says Patzelt. But: “In worlds of solution, worlds separate us.” Gauland creates the illusion that a transfigured version of the past could be restored when it comes to shaping an inevitably changing world. Patzelt: “His perspective is so unproductive.”

On election day the CDU politician had uploaded a video , the elevenfax grandfather smiled in the beginning, but quickly became serious: he fears that many people fear the choice of choice, that they are sensitive in the past. “We have big, difficult tasks ahead of us in the future,” he said. “We can cope together together, but fear is always a bad counselor, fear makes blind.”

In July 2015, two refugees from Africa had taken up at home in Patzelt. Patzelt thought it important to get people out of the anonymity of the big group and give them names and faces. At the Patzelts in the village of Briesen in 2000, they called Haben and Awet, 21 and 26 years old, from Eritrea.

Patzelt is not a hurray-caller

Awet has now moved out, his development is stagnating, regrets Patzelt. In Habens’s room, on the other hand, a school bag has been standing for two weeks. “He wants to make the ninth and tenth class still to complete a proper vocational training,” says Patzelt. And, if the situation permits, work in his home at some time.

This would also be the ideal idea for Martin Patzelt. He also defends himself against the role of “refugee helper” ascribed to him. He said clearly that people should stay better in their homeland, that better development policy is needed, that the Maghreb countries should be made safe countries of the countries of origin.

He also proposed in the CDU Group that all refugees with recognized status should be obliged to work on the third labor market and to reduce benefits. Patzelt thinks about nursing services where the nurses could use strong young men as an assistant: “We should rather spend money on it than staying in the waiting room.” This leads to mutual learning in both directions. When Patzelt talked with voters about this, he was no longer just the man who had brought two refugees into the house.

The constituency at or was considered particularly fought, but the CDU has done a lot differently than the AfD to win it. Norbert Lammert, Wolfgang Schäuble and Thomas de Maizière all came to support the constituency. Gauland was only to be seen in a vault, and as only in a hall before invited guests. Patzelt would otherwise have gone to confront him.

Alexander Gauland has been worse off in the constituency with 21.9 per cent of the first vote than his AfD, Martin Patzelt has lost votes but has not crashed as much as the CDU as a whole. With his 27.1 per cent in the first vote, he performed better than his party.

The decision for the two refugees and their signaling influence might have played a part in the election, “both positive and negative, but it was not the dominant issue,” Patzelt said. Actually, he should have been wiped for something else. “On my posters, I have promised nothing, I have demanded.”

“The future is not, wishing you what, ‘but’ doing what ‘” was to be read with him. He calls for the paradigm shift, promotes the message “community is my self-interest”. And also finds the example of refugee policy: “If I want to fight causes of escape, I need money for it.”

To Congratulate Martin Patzelt on the win visit his Facebook page >>