Rome, Feb 9 (IANS/AKI) Germany on Wednesday extradited to Italy an Eritrean accused of belonging to a people-trafficking gang that smuggled hundreds of people from Africa to Europe across the Mediterranean.

Fitiwi Negash arrived at Rome’s Fiumicino airport under police guard aboard a flight from the German city of Frankfurt.
He was on an Interpol list of “most wanted” trafficking suspects and was among 24 Eritrean, Ethiopians, Ivoirians and Guineans targeted in April 2015 by a probe spearheaded by prosecutors in Palermo.

Negash played a key role in the trafficking gang’s Italian operations and organised the transfer of migrants to various northern European countries after they arrived by boat in Sicily from North Africa, investigators said. 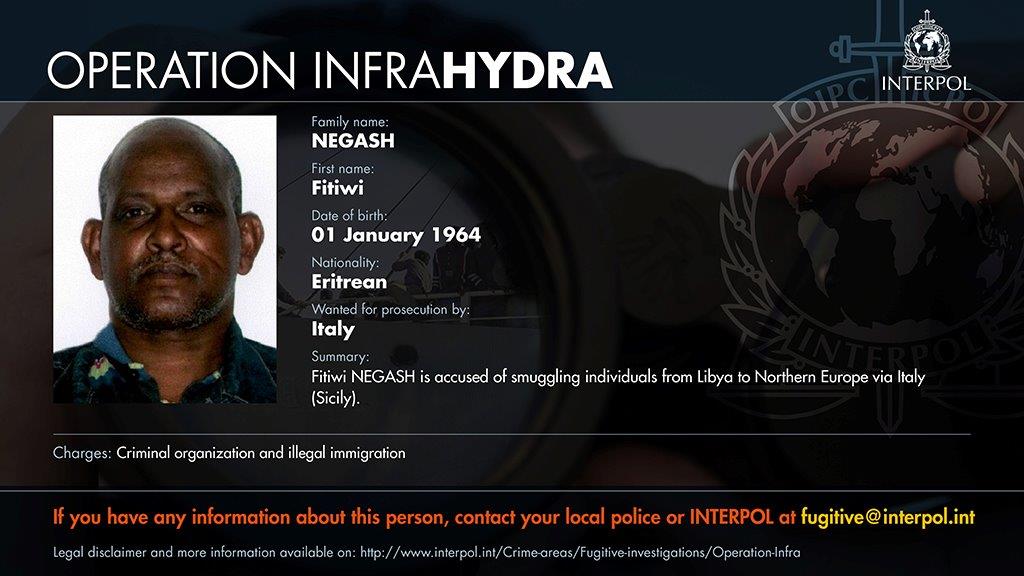 The alleged gang had bases in the Sicilian provinces of Agrigento and Catania as well as in the capital Rome and the northern city of Milan.

From Italy, the gang trafficked migrants on to Germany, Norway, Sweden and other countries, police said.

The gang organised the migrants’ entire journeys from their villages to the Libyan coast and had affiliates in other European countries as well as in several African countries, according to investigators.