Sudan Says 816 Eritrean Ethiopian Migrants Arrested and to be Deported

Some 800 African migrants and a group of smugglers were arrested near Sudan’s border with Libya while trying to reach Europe between June and August, security officers told reporters Tuesday.

They included 347 Eritreans, 130 Ethiopians and 90 Sudanese.

Ten smugglers were also arrested on August 16 after clashing with security forces near the border.

“An officer and two soldiers were killed in the firefight,” army General Aseer Hussein Bashir told a press conference at the defence ministry in Khartoum.

“These people will face legal charges, after which they will be deported,” police General Awad Dahia said of the migrants who were detained. 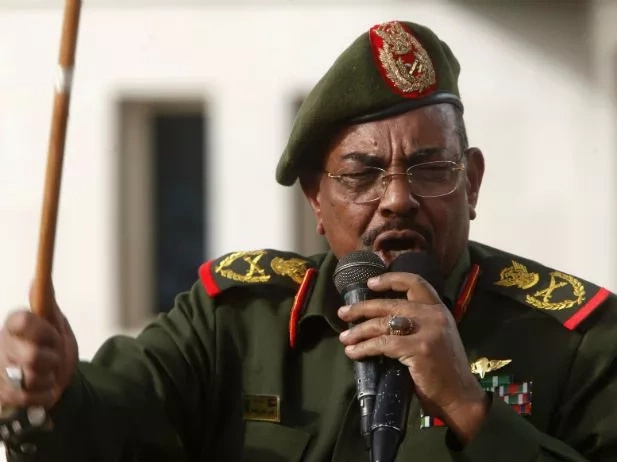 Thousands of migrants from sub-Saharan Africa try to reach Libya daily, from where they embark en masse for Europe on flimsy and overcrowded boats.

Sudan is a key transit route for these migrants, especially those arriving from Eritrea.

On Tuesday, security forces allowed dozens of migrants who had been arrested to talk to journalists.

Eritrean Cassinet Abrehelli told AFP he had arrived in Khartoum five months ago.

“A month ago, I left Khartoum in a small truck. My plan was to travel to Libya and then to Europe,” he said.

“I travelled for seven days in the desert before we were arrested by the Sudanese army on August 16.”

Behind him dozens of migrants sat in a tent put up in the defence ministry complex.

“I entered this business just three months ago,” said Jumaa Fdi Mohammed from Chad, one of the 10 suspected smugglers arrested by the security forces.

“We work with a guy who tells us to pick up these people and smuggle them into Libya… we don’t know what happens to them in Libya,” he said.

Sudanese officers said the human traffickers were cash-rich and well-equipped.

“This makes it easy for them to travel through areas that are not monitored by security forces.”

Sudan earlier this year deported hundreds of Eritreans to their own country after they were arrested while trying to enter Libya.

The UN refugee agency has criticised Sudan, with which the European Union is trying to work to manage the flow of migrants, for deporting the Eritreans.

Rights groups said the deported Eritreans were likely to face abuse from a repressive government in their country.

Refugees from the repressive Red Sea state have in recent years made up one of the largest contingents of people risking the dangerous journey to a new life in Europe.

On Monday, the Italian coastguard rescued about 6,500 migrants off Libya a day after more than 1,100 were rescued in the same area of the Mediterranean.

The total number of arrivals in Italy this year now stands at 112,500, according to the UN’s refugee agency and the coastguard, slightly below the 116,000 recorded by the same point in 2015.

Almost all of those migrants originate from West Africa and the Horn of Africa.

More than 3,000 migrants have died at sea trying to reach either Greece or Italy this year, an increase of some 50 percent on the same period in 2015.

Some 204,000 crossed the Mediterranean to Europe in the first six months of 2016, the UN refugee agency said, as the continent battles its worst migration crisis since World War II.