The marathon world champion from Beijing is also in the fastest Bern: Ghirmay Ghebreslassie won the Grand Prix with a big lead. It was a unique exuberant victory celebration at the finish of the race over 16.093 kilometers at the Guisan Square. Around 50 young exiled Eritreans had stormed into the target area after Ghirma Ghebreslassie was nimble been run as a superior and Winner. The fans raised their exceptional talents into the air and set to a loud, long and colorful victory dance to. 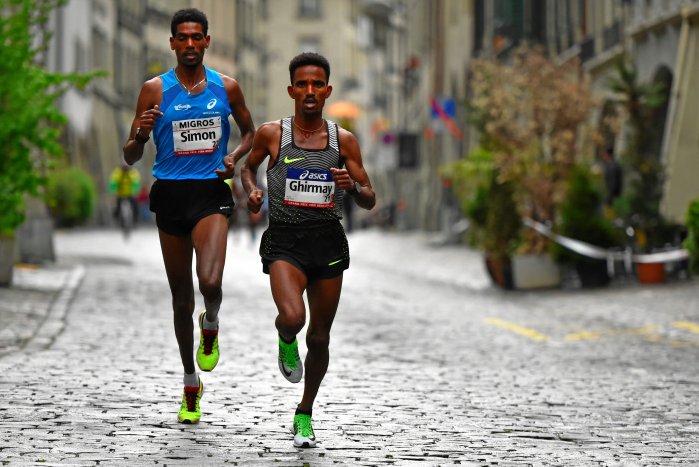 "That was an incredible reception," Ghebreslassie said, was that "much more impressive than the World Championship marathon in Beijing" as. Not surprising that he therefore by "a home race» said. Still, he could not fulfill all his wishes. must quickly write off for he had the theme track record. The 46:04 minutes, which his compatriot and idol Zersenay Tadesse had set up in 2004, were not realistic when slippery ground. Finally, also lacked the demanding competition. "I called my last companion Simon Tesfay to follow me, unfortunately without success," he said. With 47:00 minutes he cared least for the fourth-best winning time.