The Emirati Navy Arrives in Eritrea 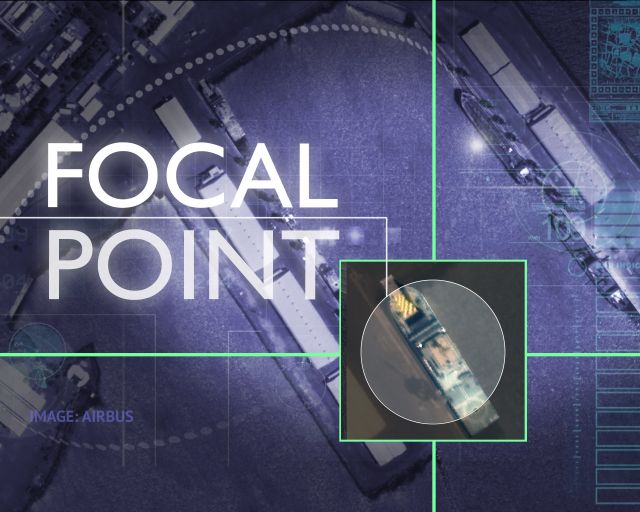 Stratfor has detected an Emirati naval presence in the Eritrean port of Assab that may indicate Eritrea's support of the Saudi-led coalition in Yemen. Satellite imagery taken Sept. 16 appears to show three landing craft docked in the port that are not vessels known to exist within the Eritrean navy's inventory. Analysis of the detailed images provided by our partners at AllSource Analysis — and of naval vessels in the wider region — suggests that all three vessels belong to the United Arab Emirates. While there have been previous claims of Eritrea's support for the coalition conducting operations in Yemen, the naval activity in Eritrea's southern port reveals that Eritrean facilities and possibly even personnel are assisting the Saudi-led military effort.

Eritrea's exact role in the coalition's operations remains unclear and cannot be derived from this imagery alone. However, the presence of Emirati naval vessels indicates, at the very least, that Eritrea has assumed a direct military or logistical responsibility within the campaign. One of the landing craft located at Assab port was likely either Al Quwaisat or Al Futaisi, the only two ships of that particular class that were delivered to the United Arab Emirates in 2012. One of these ships was also spotted dropping off Sudanese troops and equipment at Yemen's Aden port on Oct. 17. It is therefore clear that Emirati landing craft are ferrying troops and equipment into the port of Aden as ground forces continue to mass ahead of a potential offensive push into Sanaa. Still, Eritrea's position in this scheme is less apparent. 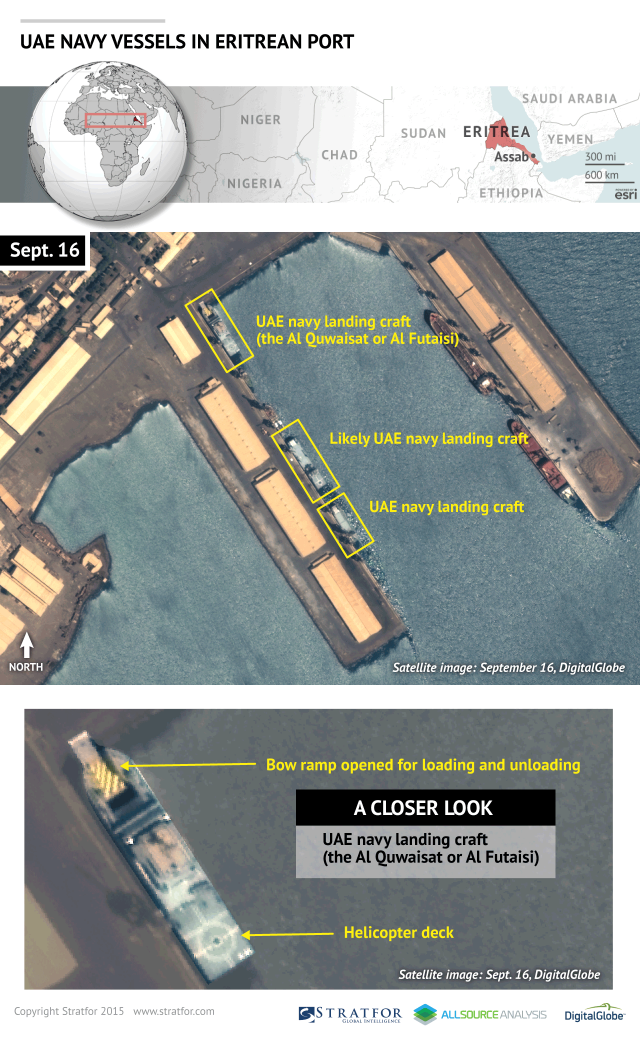 Given the distances that must be traveled over sea to get to Aden from Sudan, Egypt, Saudi Arabia or the United Arab Emirates, the port of Assab may be serving as a local logistics hub, situated relatively close to the conflict. If this is the case, it would allow smaller landing craft to ferry back and forth between Aden and closer ports rather than making longer trips to the Persian Gulf or deep into the Red Sea. It is possible that Sudanese forces passed through Assab on their way to Aden, though nothing in the imagery suggests the presence of a significant foreign military presence at the time the photographs were taken. Alternatively, a recent U.N. report claimed that 400 Eritrean soldiers were deployed to Aden to support the Saudi-led coalition. If true, the report would point to a direct purpose for the Emirati vessels' presence in Assab: They could either be transporting the Eritrean troops or ferrying equipment and supplies to the Eritrean troops already in Yemen.

While the imagery cannot lay bare the details of Eritrea's role in the coalition's efforts, perhaps more interesting is its revelation of Eritrea's political realignment, at least for now, toward Saudi Arabia and the United Arab Emirates. There was a time when Eritrea supported Yemen's Houthi fighters and functioned as a transshipment location for Iranian supplies heading to them. And indeed, Houthi representatives have met with Eritrean organizations as recently as January. But over the past few months, Saudi Arabia has been building up its coalition, and it seems to have successfully pulled in Eritrea.

The U.N. report mentioned the provision of Saudi financial support and fuel supplies to Eritrea, which could have been a means to secure Eritrea's cooperation. But it also included claims that the United Arab Emirates has secured a 30-year lease of Assab port, which are more directly related to the presence of the Emirati naval vessels.

Either way, as Eritrea integrates itself into the Saudi-led coalition, it will likely seek to expand its relationships beyond the region in an attempt to break its isolation and attract Western investors. From Eritrea's perspective, accepting Saudi and Emirati cash and resources would be a logical move. Eritrea's new partnerships could also enable it to show the international community that it can play a constructive role in regional security matters — a goal Eritrea has long sought.