A team led by Aman Russom of the KTH Royal Institute of Technology in Sweden has demonstrated proof of concept for the tool by testing for HIV.

Malhotra for SciDev, part of the Guardian development networkguardian.co.uk, Thursday 9 May 2013 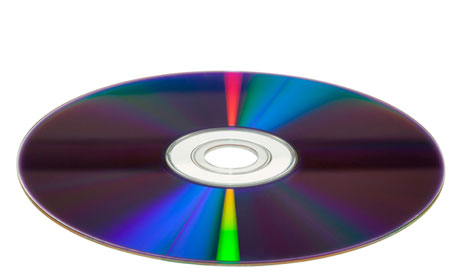 Not called versatile for nothing … the humble DVD could be adapted to diagnose HIV in poor or remote areas. Photograph: Alamy

Researchers have turned conventional DVDs into portable and cheap diagnostic tools for developing countries, and are now adapting their prototype into a workable medical device.

A team led by Aman Russom of the KTH Royal Institute of Technology in Sweden has demonstrated proof of concept for the tool by testing for HIV.

Blood samples are loaded into micro-channels on a modified, semi-transparent DVD disc and scanned by a DVD reader, which has been adapted to detect light transmitted through the disc. The image can then be visualised on a computer screen.

Previous attempts to use CDs or DVDs for biological analysis have suffered from low image resolution or issues with malfunctioning discs. The new "lab on DVD" system has a resolution of one micrometre, opening up the possibility of low-cost analyses of blood cells, DNA, RNA and proteins for medical testing and diagnosis. It can provide immediate results, eliminating the need for rural patients to revisit far-flung laboratories.

Russom, who was born in Eritrea, believes the device could have "a transformative effect" in regions such as his native east Africa. He hopes to make the system a reality in the next three years.

"In the first year, we are going to make the technology robust. In the second we want to apply it to a clinical sample, and then we will look at ways to outsource the technology to other partners," says Russom.

The project is partly funded by the European commission, and the team is now looking for clinical collaborators "who can make the technology available to patients", as well as further funding. Russom says European commission funding has led to a high-quality biological test, but this must now be validated in the clinic and compared with established laboratory tests.

DVDs and their readers are already produced on a mass scale, meaning that the device would probably cost about $200, less than a hundredth of the cost of standard tools used in HIV testing, such as flow cytometers.

DVDs themselves might be a dying product, but their manufacturing technology is well established and here to stay, according to Russom. "We're trying to find a new use for a dying technology … the optics are superb; they have been fine-tuned over the past 30 years," he says.

Jason Warriner, clinical director of the Terrence Higgins Trust, a UK-based HIV and sexual health NGO, agrees: "If you think a model or a system works and there's low maintenance to it, then you can use it."

He adds that lab-on-DVD could be advantageous in resource-poor settings but warns that the research is in its infancy and needs "a lot of investment and development", including assessing its accuracy and making sure the device is appropriate for use in the developing world.

The proof-of-concept study was published online in Lab on a Chip this year.